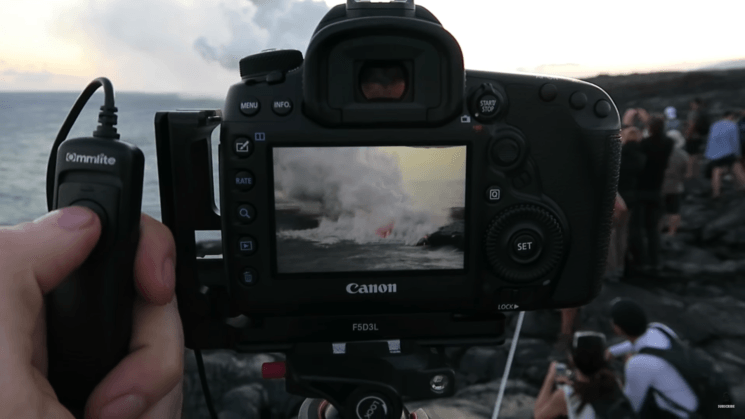 How many times has it happened that you travel and manage to photograph only a bunch of other people’s heads, mobile phones and selfie sticks? Thomas Heaton came in a situation like this, and he became every photographer’s hero when he decided to do something about it.

Thomas and his wife went to Hawaii, where he wanted to photograph an active volcano. It was the first time for him to capture something like this, and he was very excited. They rented bikes and rode about 40 minutes. If you want to get to the volcano, it’s either this or walking 4-5 miles, which takes a lot more time.

The place where the lava meets the ocean was protected with rope. Since there were a lot of tourists, this was definitely necessary in order to protect them. Still, there was a great view for everyone while they stayed within the limits of the protected area. 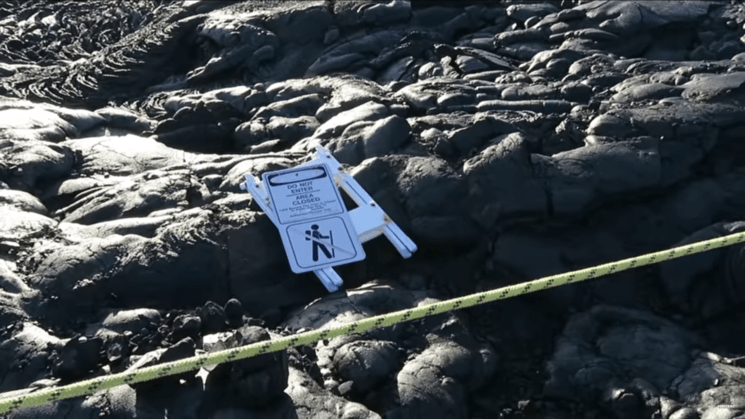 But, as it usually happens, there were some smartasses who thought they knew better. Some of the tourists climbed over the rope and got closer to the edge of the cliff. As Thomas points out in the video, the rope was there for a reason. For two reasons, as a matter of fact. The first one is health and safety, because you put yourself at risk if you are too close to the edge. And the other reason is giving everyone else the view and the chance to actually see what’s going on. But hey, taking selfies must be far more important than being a decent human being and respecting others. 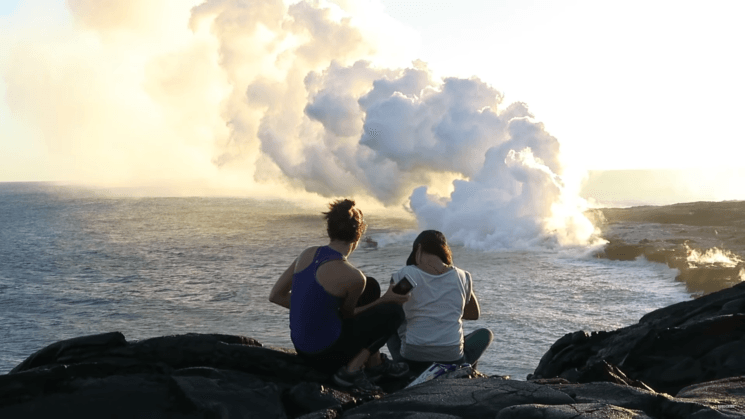 Tomas didn’t want to be the guy to say something. He was thinking between two options: taking photos full of fatheads, or climbing over the rope himself and being no better than them. Eventually, he couldn’t take it any longer and decided to speak up. After all, he’d come a long way just to be here and photograph this place. I could hear in his voice that he was very annoyed, but he remained calm and polite (my applause for such level of self-control). And it worked! Many people moved back behind the rope, and later one of the wardens came along and cleared the remaining ones. The result was a clear view for everyone, and some really nice photos Thomas took.

In some places, you cannot clear people out of sight and you’re most likely judged to strangers blocking your view (Paris comes to mind). But if people block your view in the place where they shouldn’t be, or if they are being disrespectful to you as a photographer in any other way – speak up. It seems to actually work.

[Photographing an Active Volcano – Tourists Ruin it for EVERYONE via Reddit]