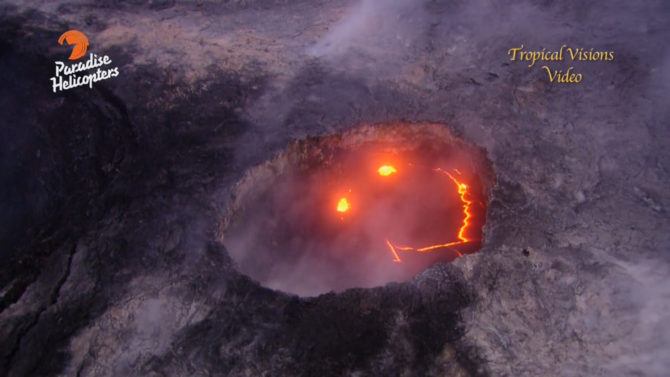 Kīlauea is an active shield volcano in Hawaii. It is the most active of five which make up the island. During a flyover by with Paradise Helicopters, documentary maker Mick Kalber captured what can only be described as a giant smiley. It appears that nature is not without a sense of humour.

The volcano is somewhere between 300,000 and 600,000 years old. It emerged above sea level around 100,000 years ago. Its name literally means “spewing” in the Hawaiian language, referring to its frequent outpouring of lava. As a result of this spewing, the sight disappeared a few moments later.

Despite the smiley not lasting long, volcanoes are always beautiful to watch. As long as you’re not running away from them, that is. Fortunately, for those of us that happen live nowhere near them, there are people like Mick to record them for us.

Colorization artist under fire for photoshopping smiles to genocide victims