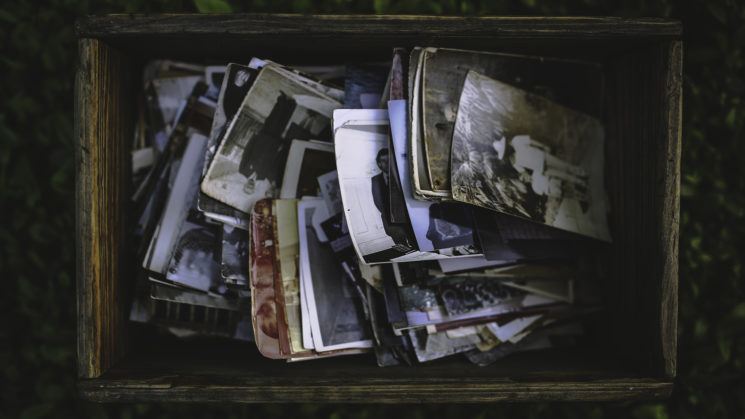 Much more conservatively, if only one billion people have cameras or phones, and take less than 3 photos per day/1,000 pictures per year, that’s still 1 trillion photos captured every year.

How many digital photos will be taken in 2017:

InfoTrends’ most recent worldwide image capture forecast takes this conservative route, estimating consumers will take 1.1 trillion photos worldwide in 2016. This number will grow to 1.2 trillion photos in 2017. The compound annual growth rate (CAGR) from 2016 to 2017 will be 9%.

These hard-to-wrap-your-head-around numbers are illustrated below, with the ever-upwards trend for more picture capture and storage projected, of course, to continue, with digits we wish could be narrated by Carl Sagan or Dr. Evil. 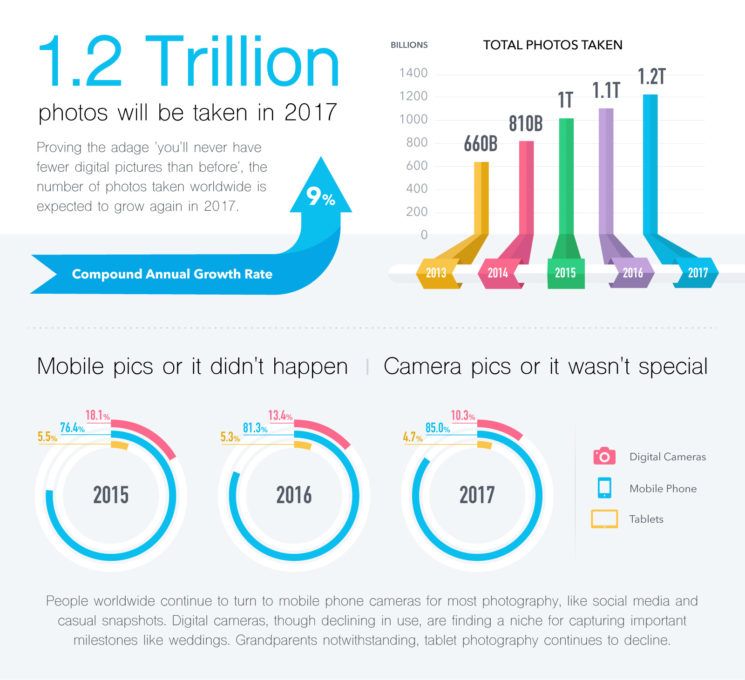 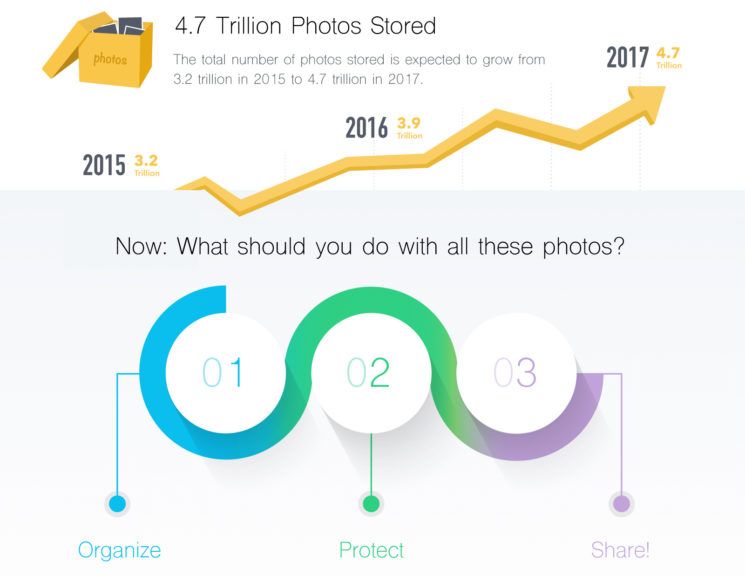 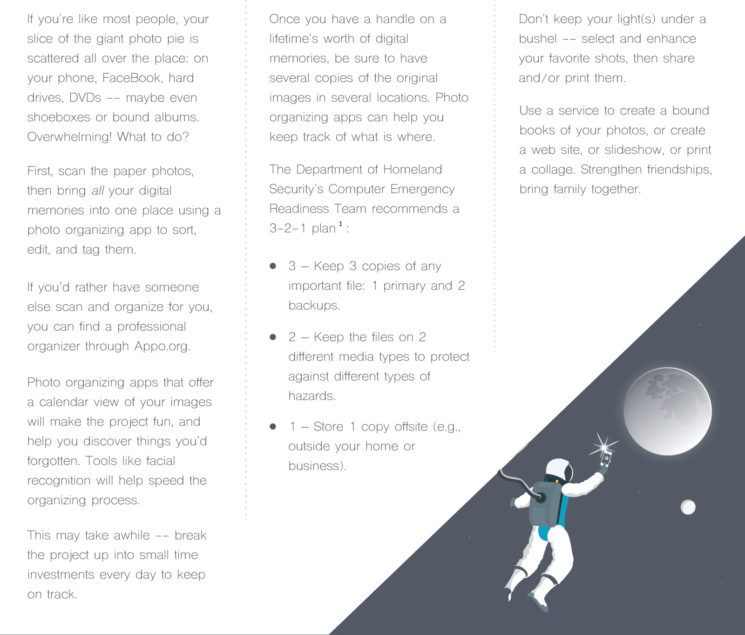 Now what? (Have you reached too many photos yet?)

Gone are the days when you rationed film and did the mental math for how many photos you could take in a session. While no one will ever miss the awful feeling of pressing an unresponsive shutter release (%*$#! out of film!?), editing the finished shots was way easier – if you did well, you’d get a couple good shots from a roll, and you’d be done.

But today it’s easy to produce hundreds – even thousands – of images with little thought. If you’ve ever scrolled through your phone’s camera roll you’ve noticed the digital clutter this creates. Looking over dozens of nearly-identical pictures shot on burst mode, or hundreds of utilitarian shots (there’s your airport parking stall number from Thanksgiving) can pretty quickly become overwhelming. And seriously tedious. Maybe it’s on a frequency only dogs can hear, but all those stored photos are clamoring for your attention – manage me! Put me in a folder, tag me, back me up, share me! Even…print me! 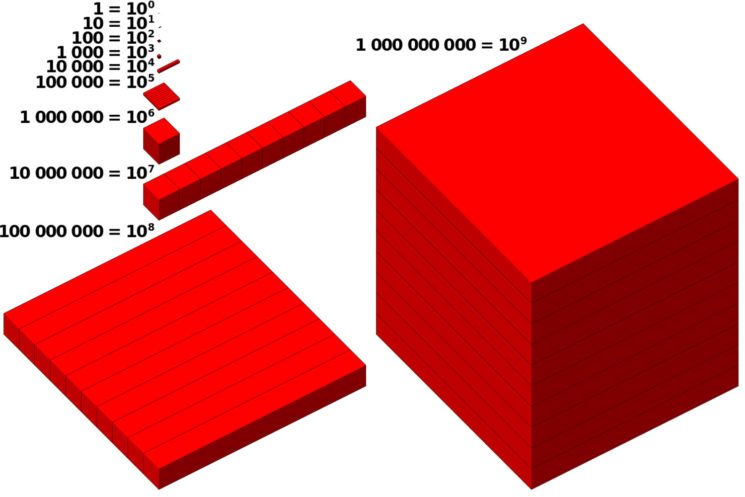 One billion, visualized. One trillion is a thousand billions. Image by Cmglee

So what should you do with all these photos?

The downside to taking so many photos is that we usually don’t invest the time it takes to organize and protect them. Here are some simple things we can all do to better manage our photo lives.

(But first, and there’s no gentle way to say this: we should start taking better pictures. There’s something to be said about the micro-pause and consideration that came before spending a frame of film. If a moment is worth capturing, then it’s worth taking a few seconds to get the right angle, lighting, and composition. Make a few good photos instead of a few dozen bad ones.)

1) Take advantage of tools that organize for you.

The best photo today will be useless in ten years if you don’t know who’s in it, or why you took the picture. Your device might already tag your images with date and location, but you should also get in the habit of typing in the names of everyone in a shot (and if you’re motivated, some other details). Mylio’s a great tool for searching your photo library by date, location and people tags. But if you don’t have organization system, then all those photos become an obstacle between you and the one you’re trying to find.

So first, let Mylio help you organize your photos into chunks that make sense to you. Folders are a classic way to do this – you can make one for every event you capture. (Mylio can even do this for you automatically). You could also organize them in a Life Calendar view which makes for intuitive and satisfying browsing later. Renaming photos so that the names match their folders or calendar events will also help you tremendously in the future.

Someday software will be take your hundreds of photos and select only the great shots, then crop, clarify, and enhance them for you. Until then, make a point of doing this yourself: the day after you snap 100 shots at an event, flip through them, star-rate the good ones, and auto-enhance those selected. Once again Mylio has you covered: it makes primary editing tasks fast and simple, and you can edit on the go – whether you’re using it on a desktop computer, tablet or phone, online or off.

Regularly make copies of your original photos to more than one location. Mylio makes protection and backup simple – once you set it up, it automatically manages multiple copies of your photo library and new photos are copied to your devices, hard drives or the cloud. A simple guideline is this one:

3 – Keep 3 copies of any important file: 1 primary and 2 backups
2 – Keep the files on 2 different media types to protect against different types of hazards.
1 – Store 1 copy offsite (e.g.; outside your home or business)

Those organized, edited, well-protected pictures aren’t doing anyone any good stashed away on a hard drive or your phone’s camera roll. And nobody wants to watch you scroll or swipe through hundreds of mediocre or bad photos on your phone or tablet. Use Mylio to quickly select and enhance your favorite shots, then share the best ones – and only the best. Remember: we all have plenty to choose from.

Mylio is the platform-agnostic photo organizer that brings your overwhelming photo clutter under control so that you can view, edit, and share your digital memories from any device – with the added peace of mind that everything is backed up and safe.

The Slow Mo Guys actually managed to film light at 10 trillion frames per second
« Tank Man: The story behind Jeff Widener’s iconic photo
Photographer tells off tourists who block his view while photographing an active volcano »