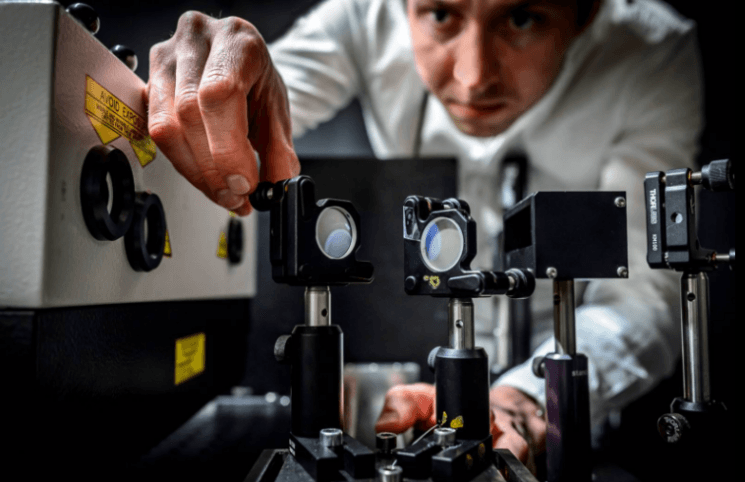 High-speed cameras are certainly useful for slow motion, but they can also find their application in science. Elias Kristensson and Andreas Ehn, researchers at Swedish Lund University, have revealed the world’s fastest high-speed camera. It’s able to capture as many as five trillion frames per second. This sounds astonishing only when you try to read this number, and what’s especially impressive is that camera can visualize the movement of light. It can capture the events as short as 0.2 trillionths of a second.

To demonstrate the speed of this camera, the researchers filmed a group of photons. They are traveling a distance of a paper’s thickness at 671 million mph. Yet, this camera makes it seem as if they’re moving slowly.

The world’s fastest camera is different than our digital cameras, of course. It doesn’t capture the scene for a full second, considering that the events it records are over in less than a picosecond. Instead, the camera flashes a laser at the subject, with each pulse being a unique “code”. Every frame it captures contains four separate images, which are later decoded and separated with an encryption key.

The researchers have named the technology Frequency Recognition Algorithm for Multiple Exposures, or FRAME. It will allow them to increase capture speeds, but also to capture longer sequences with more detail. They hope to learn more about how to improve gas-powered engines by revealing complex chemical reactions that happen in the molecules when the fuel is burned.

The new super-fast camera will find its application in many other fields of science. It will be able to capture incredibly rapid processes in chemistry, physics, biology and biomedicine, those that have never been captured on camera before. I believe this could change the course of science and bring many improvements in various fields. And even if not, the fact that a camera is able to capture the movement of light particles is truly impressive on its own.

« 10 reasons why you may need an external monitor for your Panasonic GH5
Freelance photographers share best publications to work for, and how much they pay »