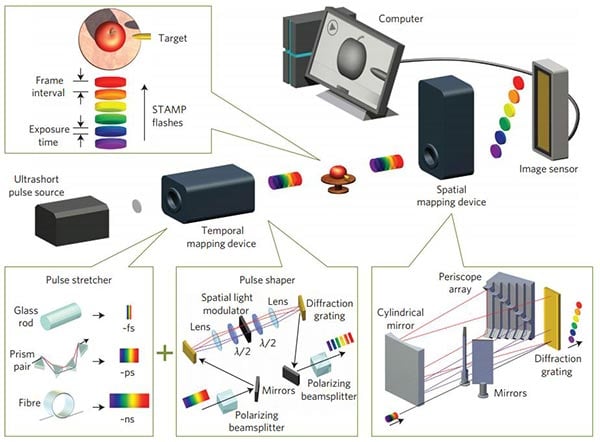 No, that’s not a typo. A team of 12 scientists from The University of Tokyo and Keio University, have developed a camera that is capable of capturing 4.4 trillion frames per second using a technology called Sequentially Timed All-optical Mapping Photography (STAMP) according to a release posted on Nature.com. According to the team, STAMP makes it possible for their camera to outperform current high speed cameras by achieving capture rates that are 1,000 times faster than any other known camera.

Rather than calling on mechanical and electronic shutters which slow down other high speed cameras, the STAMP system uses an optical shutter which allows it to repeatedly record images in just under one-trillionth of a second per image, each with a resolution of 450 x 450 pixels. Not an astounding image size to most photographers, but still good enough to allow the researchers to photograph things like chemical reactions.

It’s also been noted the team will continue to work on the camera to further improve its image quality and also reduce its size. At present, the camera is about a square meter in size. They hope to develop the camera into a much smaller version allowing for more portability, thus increasing the cameras accessibility. 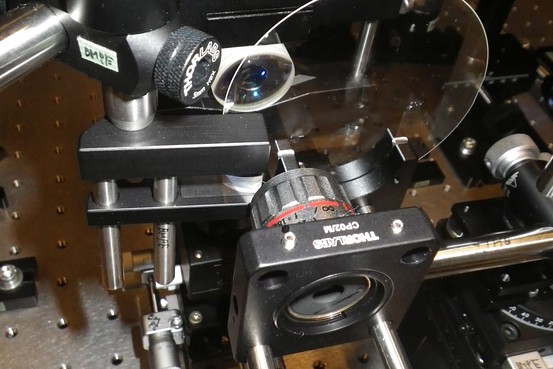 As is, I would say the STAMP camera has a very limited use for most photographers, but I’m very curious to see when, or if, the innovative plans will influence the way consumer grade cameras are produced in the future.

You can read all the technical details on the original press release, including a diagram and short video that breaks down the step by step process.

« What Makes a Good Photographer?
Manchester United Bans iPad And Tablet Photography, Do You Think This Will Start A Trend? »