According to theoretical physics, nothing is faster than the speed of light. However, now you can see with your own eyes the first ever recording of a “sonic boom” – created by light. Or scientifically called a photonic Mach cone. It was recorded by researchers at Washington University in St. Louis, and they used a custom high-speed camera to make the footage.

You’ve heard about sonic booms, and you’ve probably heard one at least once. They occur when an object exceeds the speed of sound. But if nothing is theoretically faster than light – how did they do this? In the description, the setting seems simple, and they built the custom high-speed camera – the fastest one in the world.

Light goes slower than its maximum speed when it moves through materials like glass. The researchers behind the project took advantage of this in order to test a theory that light can also create conical waves like sound can. They’ve published their results in a paper at Science Advances. In short, this is what they did:

The scientists built a thin scattering plate assembly. It contained a central source tunnel between two display panels. The panels were made of a mixture of silicone rubber and aluminum oxide powder. Then, they filled the tunnel with dry ice fog.

After creating the assembly, they fired visible laser pulses through the source tunnel. The wavelength of the laser was 532 nm; and the pulse duration 7 picoseconds (or 7 trillionth of a second). These pulses scattered off the specks of dry ice in the tunnel and generated light waves that could enter the surrounding plates.

The light scientists used traveled faster inside the tunnel than it did in the plates. So, as a laser pulse moved down the tunnel, it left behind it a cone of slower-moving overlapping light within the plates. 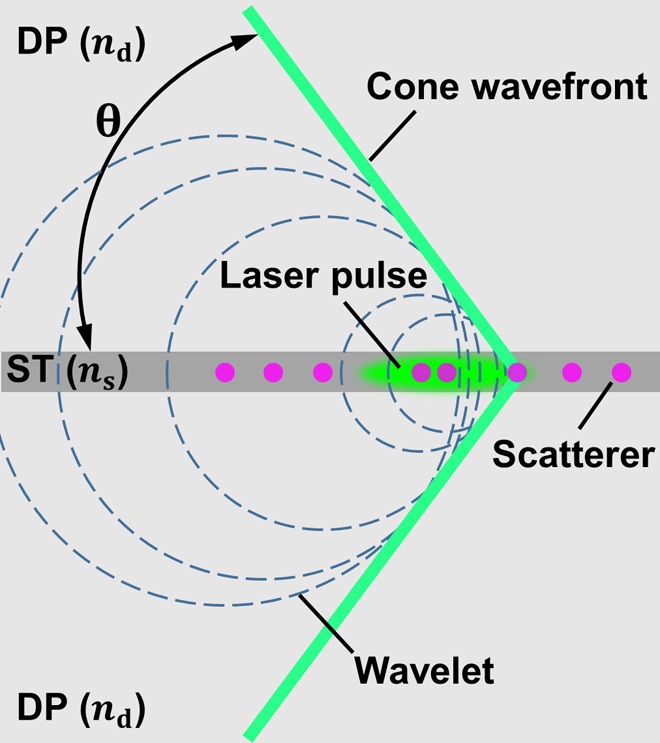 Now, as for the filming itself, they used a streak camera. It’s not all that new and it has been used before – but this is the first time it recorded the photonic Mach cone. Also, the scientists developed the fastest streak camera in the world for this purpose. It can capture images at speed of 100 billion frames per second in a single exposure, using only available light. They used this camera to capture three different views. One of a direct image of the scene, and two that recorded the timing of the events. This way, the scientists were able to reconstruct what happened frame by frame. 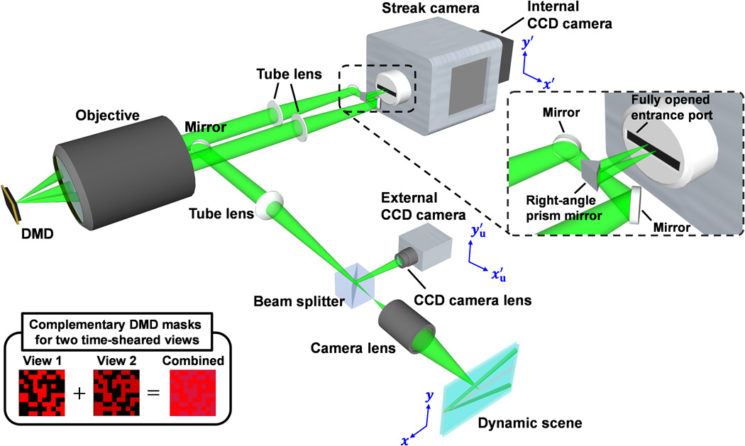 The fact that this phenomenon was recorded for the first time is not the only interesting thing. It’s also the application of this method. It could be applied in medicine, considering that it can record the neurons as they fire. The scientists hope their system will be used to study neural networks and find out more about the brain and the ways it works.

Gemo Copter is the world’s fastest-climbing drone, with a top speed of 117 MPH and 0-to-60 time of 1.3 seconds

« Constructing product photography in-camera instead of in-Photoshop
Can you find your friends in a gigapixel photo of Trump’s inauguration? »