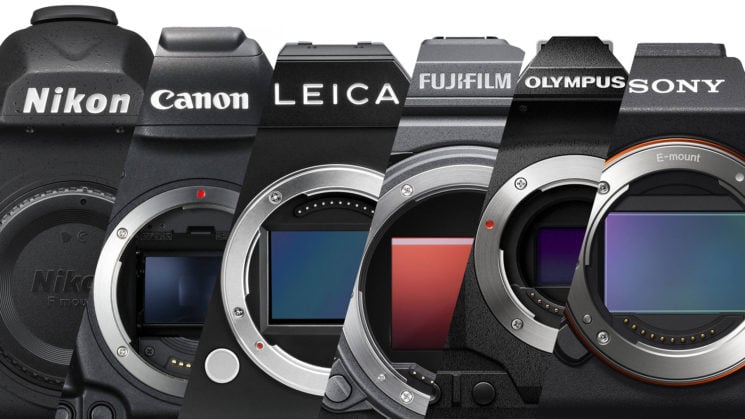 Nokishita likes to keep an eye on camera registrations, and they’ve got a list that they update fairly regularly as they spot new ones, and old ones become known. Their current list includes registration numbers from Canon, Nikon, Sony, Olympus, Fujifilm and Leica for cameras that have been registered with various bodies around the world but not yet identified or officially acknowledged.

It’s important to note that not all manufacturers register every camera model. Nor do they even need to. But if they contain Wi-Fi, they generally do, because they need approval for the radio systems. So, there will probably be other camera models coming that aren’t listed here, simply because they don’t contain any WiFi or Bluetooth functionality.

Nokishita did include an addendum to the list, with some further information and speculation about some of the registered model numbers.

Is Canon’s new wireless file transmitter a successor to the EOS-1D X Mark II? Since models without wireless functions do not pass radio wave authentication, there is a high possibility that the flagship machine will not be registered at the certification body, but if it is announced with a new transmitter, it will appear at the end of the year or early next year That’s right.

Nikon’s N1722 is full size mirrorless, and N1912 is APS-C mirrorless. The four N1845-N1850 models have not been moved since they were registered in Russia in January, so there seems to be a possibility of postponing or discontinuing development.

Sony has already added the model number of “ILCE-9M2” to the latest product list, so the next camera to be announced should be α9II as rumored.

In addition to X-Pro3, Fujifilm is likely to see another model. Probably not an X-Trans machine or GFX, as it is not made by Zakuti from the model number of the wireless parts.

It’s possible that the new Canon registration may be the rumoured 1DX Mark III due out next year, but it might also be the mirrorless alternative to the 1DX line expected in 2021. If the 1DX Mark III does not include built-in WiFi, this listing could potentially be a separate WiFi pack to go along with it.

N1912 from Nikon could possibly be the recently rumoured APS-C mirrorless Nikon Z50, said to be on a similar level to the D7500 DSLR. N1722 could be Nikon’s answer to the Canon EOS RP. And, of course, we’re expecting to hear an A9 II announcement from Sony at some point next month.

Also interesting, perhaps, is the omission of Panasonic from this list.

It’s worth mentioning again, as Nokishita do in their addendum, that these registrations do not actually confirm that a camera is coming. It’s always possible that cameras are scrapped after registration has been made.