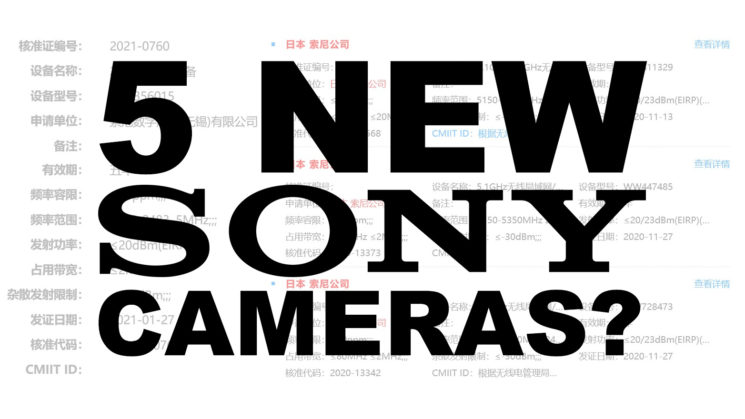 Nokishita hasn’t been as fast and furious with the early leaks of late as they usually are, but they haven’t disappeared. They’ve still been keeping a close eye on what’s going on in the world of photography. And they’ve been paying particular attention to Sony, it seems.

They spotted a new Sony body registration, and know of four more other model code numbers for cameras that Sony hasn’t released yet. And yes, they’ve confirmed that none of the five unknown models definitely isn’t the recently released Sony A1.

At the moment, these are just model codes that mean nothing to the outside world. Nokishita doesn’t speculate on what the models might be, but unless Sony’s planning to start seriously upgrading their entry-level stuff, I think two of them will be higher-end models. Perhaps at least an A7 IV.

Nokishita confirms that the model code for the new Sony A1 is WW411329, which doesn’t appear on the list above. As to what the rest may be is anybody’s guess, really. And there are no guarantees that all five models will even come to market.