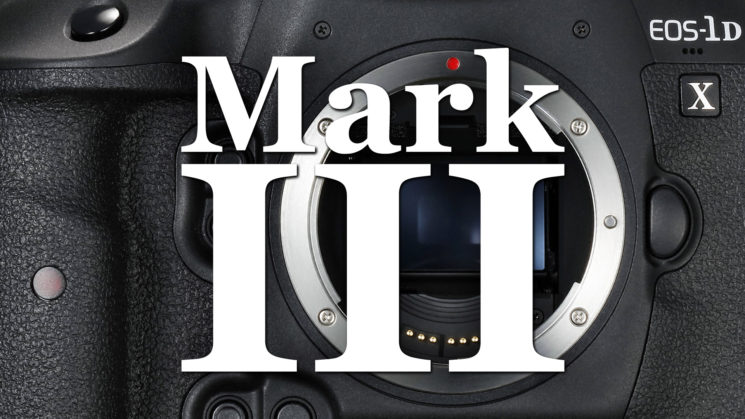 Despite rumours of a 1DX-like mirrorless camera to add to Canon’s EOS R line up in 2021, it seems that Canon plans to offer the best of both worlds. According to a report on Canon Rumors, Canon is also going to release a 1DX Mark III DSLR, too, in 2020.

While this is still just a rumour, Canon Rumors says that it comes “from a very solid source” that Canon will be releasing the 1DX Mark III. Exactly what features it will contain are obviously unknown, but I think we can expect it to perform at least as well as the 1DX Mark II. Canon Rumors did offer some suggestions, though…

It makes sense that Canon would jump on the IBIS bandwagon with a 1DX Mark III, given the rumours of it appearing in the upcoming Nikon D6. It also makes sense, because it’s the one area where the majority of DSLRs lag behind mirrorless cameras. So, if they want their DSLRs to remain competitive, it’s something they will likely have to offer.

As to the date, the original 1DX was announced in October 2011 and released in early 2012 for the London Olympics that year. The 1DX Mark II was released in April 2016, in time for the Rio Olympics. So, it’s only logical that Canon will follow the pattern, announcing it early enough that it can be released in time for next year’s Tokyo Olympics.

Exactly when Canon will make an announcement is not yet known, but with the Nikon D6 development already announced, and the time between the original 1DX announcement and release dates, it wouldn’t surprise me if we got one soon. But, they may not officially announce it at all until it’s ready to ship.

Will you upgrade or wait for a mirrorless version?