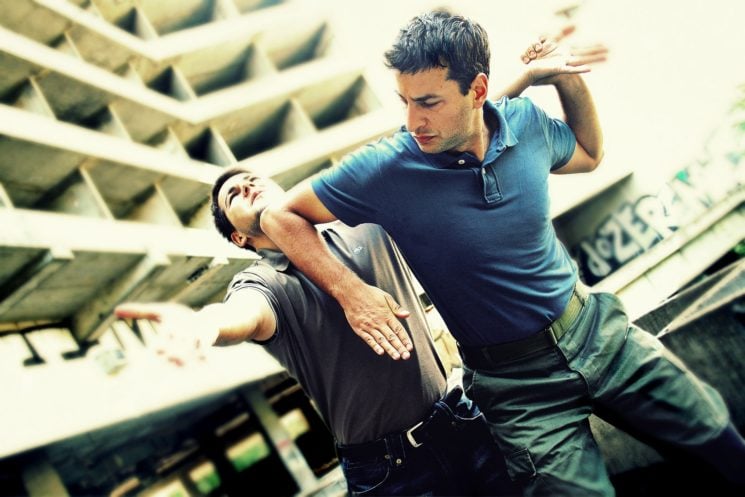 Last month, street photographer Math Roberts attended Notting Hill Carnival in order to take photos at one of the world’s largest street festivals. While he was shooting on the final day of the carnival, Math found himself in an unpleasant situation which quickly escalated. The man he was photographing assaulted him and smashed both the photographer and his camera.

Speaking to The Phoblographer, Math explained that he took a photo of a couple embracing each other. “Naturally, as a street photographer wanting to capture the moment undisturbed, I didn’t ask their permission,” he says. The woman of the couple spotted him and asked if he’d taken their photo. She was clearly unhappy about it, and the situation only got worse from thereon.

The man approached Math and became violent pretty quickly. Even though the photographer apologized several times and offered to delete the photo, he says it didn’t help at all. “He punched me a few times until he knocked me to the floor (I’m only skinny!),” the photographer explains. The man later grabbed his camera and smashed it on the floor, which Math says was “the most painful bit.”

Despite being beaten bloody and his camera getting smashed, Math decided not to report the incident to the police because “he didn’t really want the hassle.” He said that he felt exhausted, and since his camera was insured, he just headed back to the hotel where he was staying and had a beer.

Math says that the incident hasn’t affected his confidence to shoot street photos. “I’ve taken over 10,000 street photos and this is the first time anyone has been violent with me – so the odds are pretty good,” he told to The Phoblographer. “Maybe subconsciously I am a little more wary about what I’m shooting, but I’m sure that will wear off soon.”

Unfortunately, street photographers often get under fire for shooting in public. Sometimes they face violence in the street, and other times they get slammed online. No matter if the abuse is physical or done online, it’s unpleasant, harmful, and painful. So, other than photographic, make sure to hone your interpersonal skills in order to avoid these situations as much as possible.