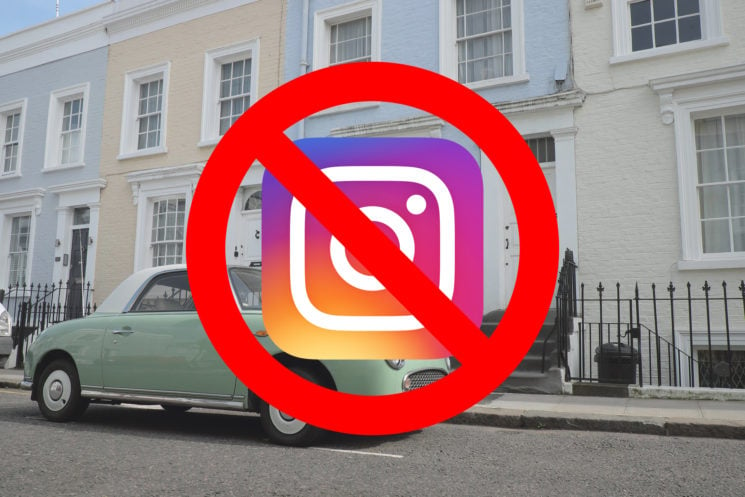 Notting Hill isn’t just the location where the famous movie was shot. It has become the place where bloggers and influencers shoot their Instagram photos– and the residents hate it. They complain that the picturesque London neighborhood has become swarmed by “Insta-tourists” and begging them to stop taking photos at their doorsteps.

According to the residents, Notting Hill streets are being turned into “personal photo studios.” Daphne Lamirel, who lives in the area, told The Standard that Instagram shoots had increased in the past six months. She said that it was sweet at first. But, lately it has become pretty crazy. “The walls are quite thin and you can hear them laughing and directing photos from our living room,” Lamirel complained. She added that, on weekends, there are “at least four groups taking pictures at the same time.”

Another resident of the neighborhood, Olivia Lamb, said that some influencers set themselves up for a shoot with a range of outfits. She complained that they take photos at people’s doorsteps, staying there for hours, and making no effort to move when people come in and out of their houses. “I’ve come across our doorstep on Instagram many times.” But it can get even crazier. Some of them set up changing tents so they can change outfits during shoots. Seriously?

Okay, Notting Hill really is a picturesque neighborhood, it’s very photogenic, and I understand why people like it. But this reminds me of the “zombie apocalypse at a sunflower farm” (this would make a great name for a movie). It’s becoming popular, and thus it’s getting swarmed by “Instagram stars” and tourists.

You are allowed to take photos in public, that’s not an issue. But, some limits shouldn’t be crossed. Setting a tent at my lawn or doorstep is certainly not something I’d tolerate, so I can understand that this is making residents frustrated. I just hope it won’t end in screaming at random photographers, like it did in Houston and Coral Springs.