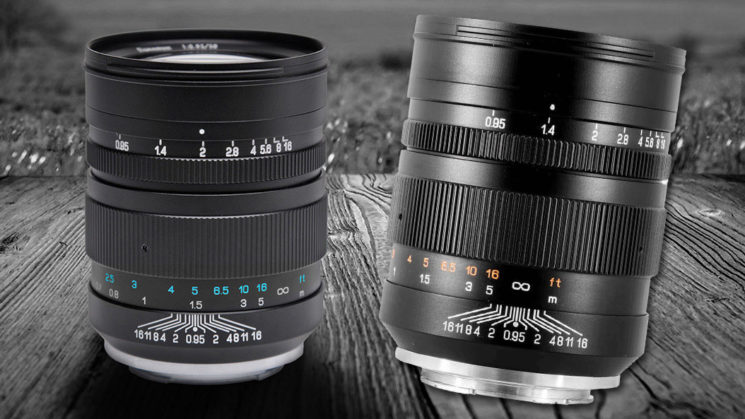 Under the new ownership of OPC Optics, Meyer Optik Gorlitz has now confirmed what many have long suspected. The $3,000 Nocturnus 50mm f/0.95 lens was indeed a just a copy of the now-discontinued $850 Mitakon Zhongyi Speedmaster 50mm f/0.95. Despite the specs being identical, this is something that Meyer Optik had long denied.

The rumours about the cloning have been around since 2015. In a press release, Meyer Optik Gorlitz under the ownership of OPC optics has finally admitted the truth. And not only that, but the Somnium 85mm f/1.5 lens was also, apparently, a modified Russian lens.

New range of lenses has been streamlined

After analyzing the portfolio of products most recently sold and advertised by the previous supplier, a decision was made to discontinue the Somnium and Nocturnus ranges for the time being. In line with comments in the past on various online platforms, forums etc., the current Meyer Optik staff also soon became aware that internally the Somnium was actually a modified Russian lens and the Nocturnus was a modified Chinese lens.

So, why is the truth coming out now? Well, let Timo Heinze, Managing Director of OPC Optics explain…

That is an absolute no go. As a German manufacturer using the ‘Made in Germany’ quality seal, this is a shameful indictment. These lenses may be perfectly good in their own right, but their production methods and marketing goes against all our principles.

With us, nothing of this nature will occur. At the same time, we are not ruling out launching lenses with similar characteristics in the future. But if we did decide to do so, they would, of course, be our own designs and produced by us, in order to genuinely earn the ‘Made in Germany’ label.

The original Nocturnus, as you can see from the image at the top of this post looks identical to the Mitakon in every single way, except for the colour of the aperture numbers. And the optical formula also appears to be identical, with 10 elements in 7 groups, and 9 aperture blades that stop down to f/16. The physical dimensions and weight were also exactly the same. It looked in every way like a straight up copy. And now it seems that it was.

Then the Nocturnus II appeared, with a slightly different exterior, but largely the same. It still had same 10/7 optical formula, but switching from 9 to 15 aperture blades, offering a further stop on the aperture down to f/22. But are these slight changes in somebody else’s design worth paying almost three times as much for? If you bought a Nocturnus, you could have saved yourself a whole lot of money by just getting the Mitakon.

Fortunately, Meyer Optik’s new owners seem to hold themselves to a much higher standard. So we will be seeing no more copied lenses, and they’ve already stated in the past that Meyer Optik will not be going the Kickstarter crowdfunded route anymore, either, with new lens releases.

So, it sounds like things are looking up for the new and improved Meyer Optik, who have also updated their website with a new look and some massive discounts on leftover stock from the acquisition.

« Hipster upset his photo was used to claim all hipsters look alike – discovers photo was a different hipster
Notting Hill residents to influencers: “stop shooting Instagram photos at our doorsteps” »