When you think about image design and lines of sight, it’s easy to overlook light and posing. But it doesn’t have to be hard… Today I will share some primary tips on using posing to create shadow games. 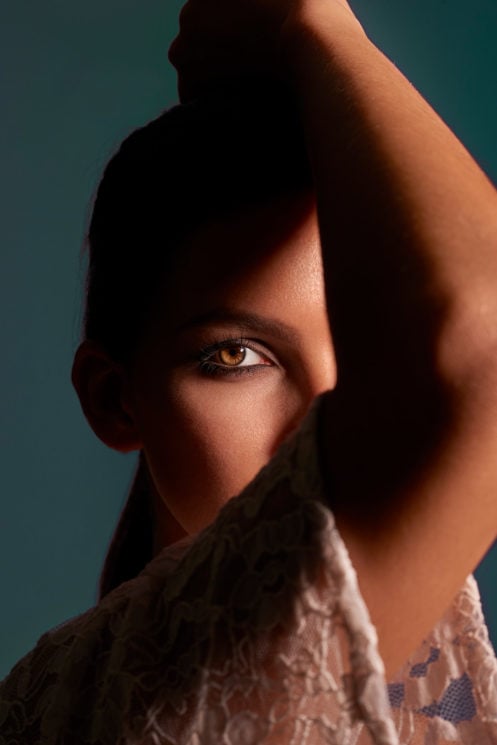 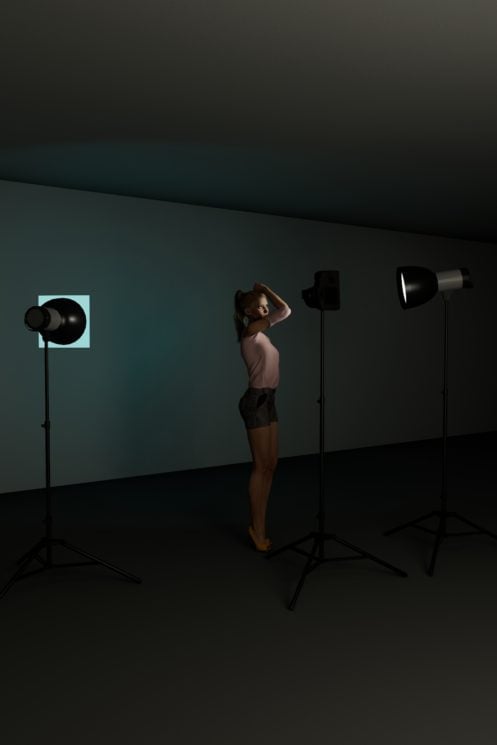 This set was super-fast to build.

It required a normal reflector for the hard light from the front and a second one with a color foil for the background.

Posing the model took a while: the lamp had to be angled properly and then the camera position and the model’s arm needed to be adjusted until the “diamond of light” around the eye appeared on the face.

After about fifteen minutes, the shoot was done-and-dusted.

The background color was adjusted slightly in Photoshop to create a complementary contrast to the skin tone. 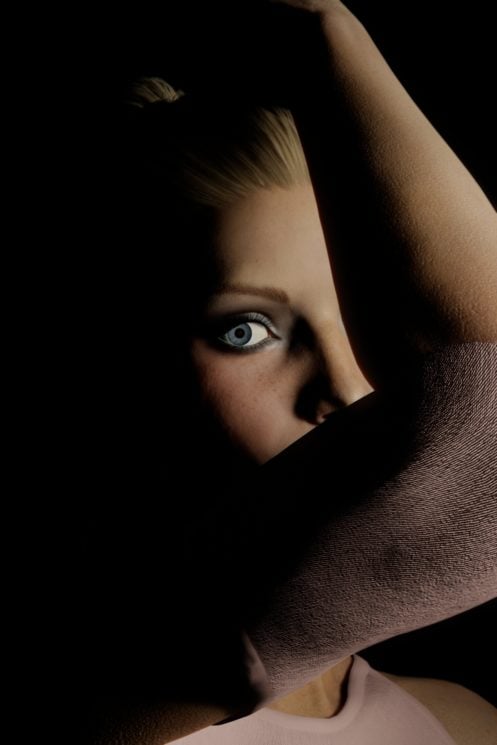 The main light is to the right of the camera. I had to be careful to leave one half of the model’s face in the shade to maintain the effect of the rhombus of light. The shadow on the model’s upper arm, forehead, cheeks, and forearm are all on the same plane, where the light falls off. 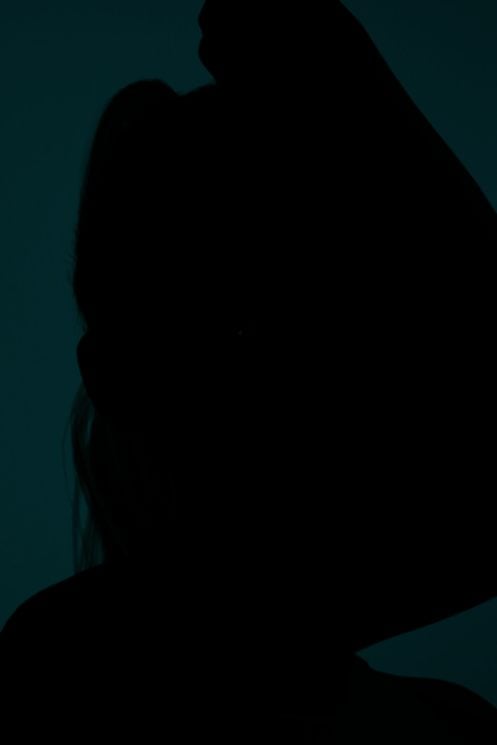 It’s always good to have some extra light in the background. Here was no exception.
We’ve given the model a visible outline and the head has some depth. At the same time, the color boosts the model’s skin tone.

If you’ve never worked with Set.a.Light before, you should give it a try! There is also a free demo version on the website, which you can use to open our set

How to color backgrounds with light – The Lighting Series #2

How to mimic sunlight in the studio – The Lighting Series #3