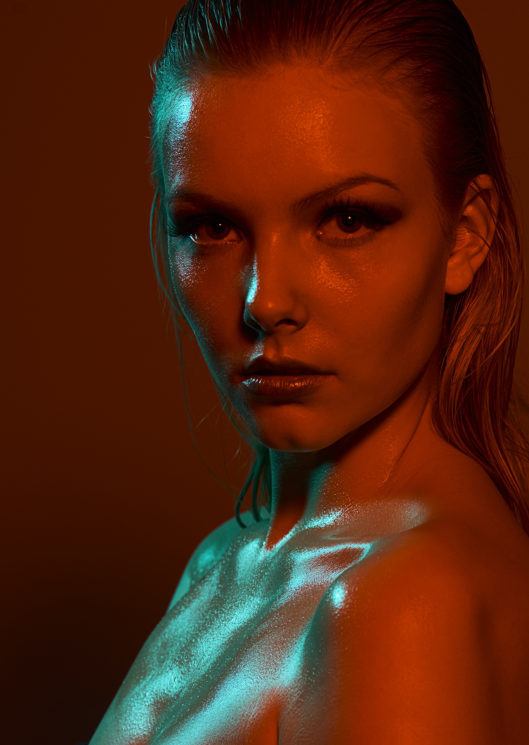 The name of this installment is meant to be a joke, but anyone who follows the blog knows that I’m is a little bit color-obsessed. This image is a play on the highly popular orange and teal color scheme, using the complementary contrast between orange and cyan 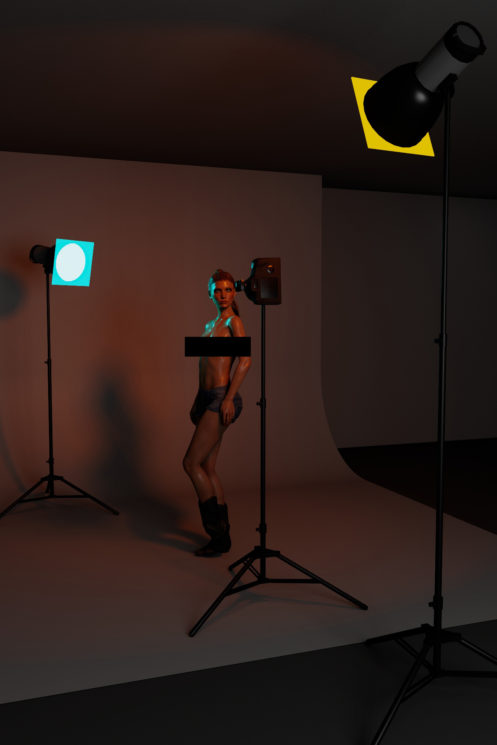 In this photo, we play around with different elements and effects.

First, the whole scene was washed in a deep orange. The primary light source is relatively close to the camera, camera-right, which produces a shadow from the nose camera-left. The hard light used here produces hard shadows, but also strong highlights on the model’s face.

To emphasize the look, we used tons of baby oil on the model. Don’t be stingy!

Coming from opposite the main light, so rear camera-left is a complimentary light source. It has a normal reflector, but with a cyan gel.

All of the shadows falling from the main light are now being brightened by the backlight. Do be sure, though, to leave some shadow between the different light sources. You can see this clearly on the forehead, between the transition between the orange and cyan tones. 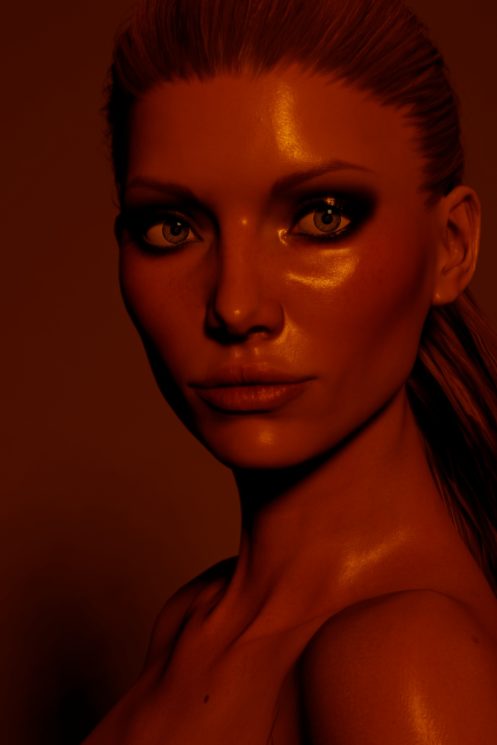 The main light here was deliberately selected to be hard; the reflection in the eye touches the upper edge of the eye while the shoulder, chest and the side of the model’s face furthest from the light have deep shadows. 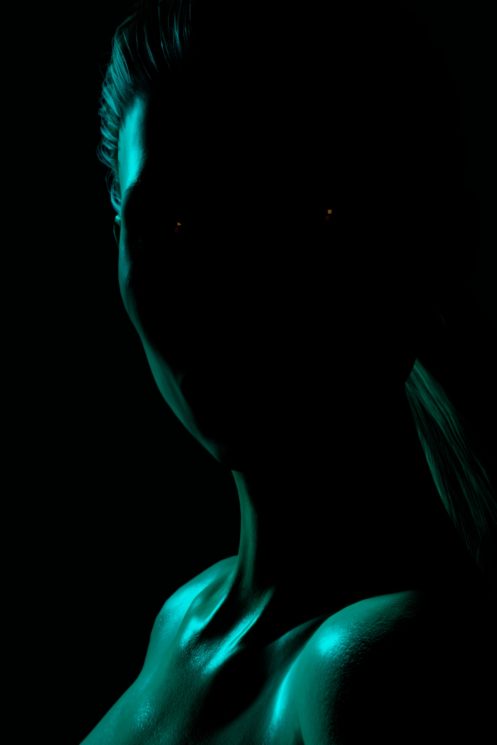 The backlight has been set so that it brightens the shadows from the main light – but in a different color. The area of this color is much smaller than the main orange tone, running at an 80/20 distribution, which is just what we want.