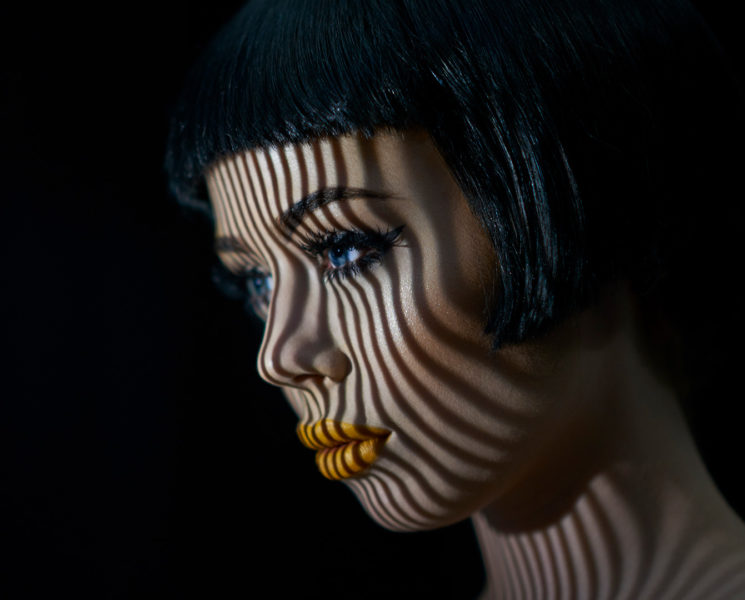 Sometimes an experimental idea turns out to be a stunning success. This was something like that. 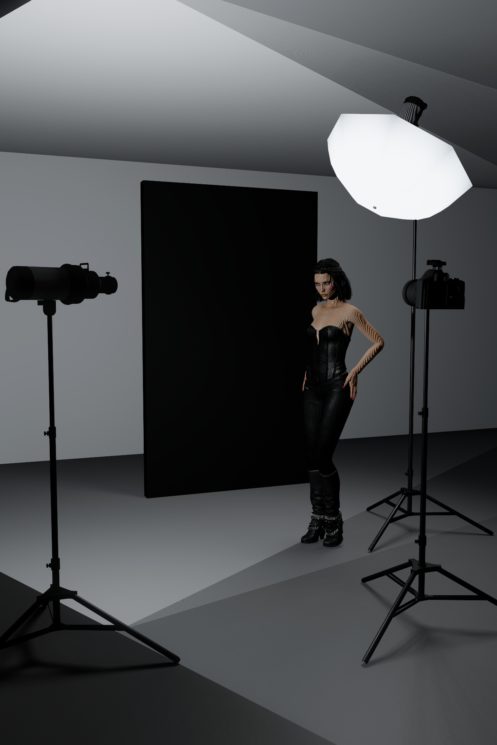 The idea for this picture was to draw a kind of height map on the model’s face with shadow stripes. It presented a few challenges.

In principle, four things can be used the create the projection:

We opted for the Light Blaster because it fitted our LED lights with their studio adapter.

Since this is a pure black and white gobo—that is, a template that either blocks light or not—you can really use just about anything.

The important thing to remember here is that your light sources will not be emitting lots of light. You will need to work with high ISO numbers and fast lenses 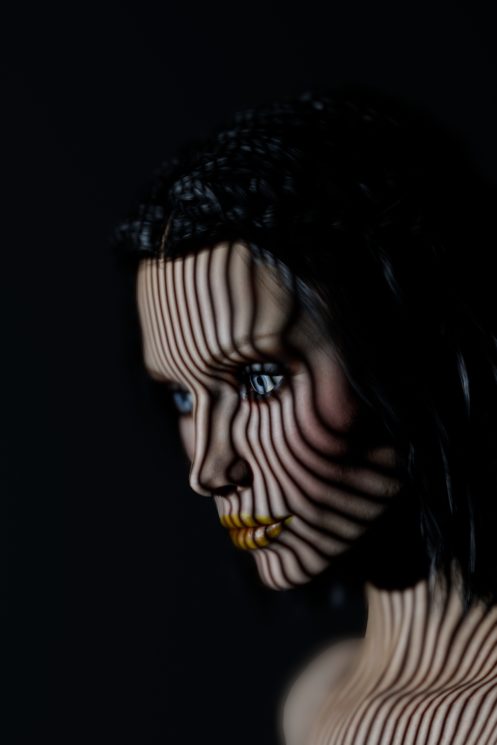 The projection is the only visible light in the scene. The slide for it was created using Photoshop and then printed by slide-printing company. The light direction is important here: if the projector (aka Light Blaster) is too far behind the model, the nose casts a shadow, if it is too far forward, the lines on the cheek are no longer beautiful. Posing and positioning your model requires a great deal of attention. 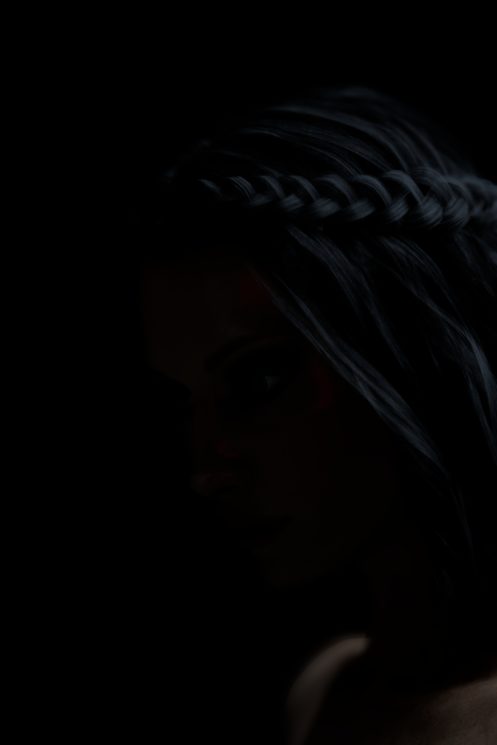 With the translucent umbrella behind the model, we get a suggestion of light for the hair. It’s not as pronounced as a hair light or rim light, but is just enough. You have to make sure that no light falls on the model’s face or it will ruin the effect of the projection.

If you’ve never worked with Set.a.Light before, you should give it a try! There is also a free demo version on the website, which you can use to open our set