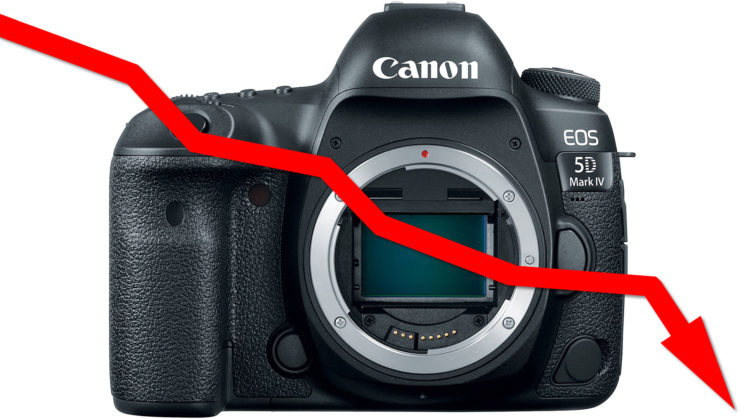 The massive drop in operating profit, they say, is down to “a slowing European economy and slumping chip market”. And the projections are expected to drop further when Canon presents its first-half earnings next week.

Canon’s operating profit is on track to sink 40% this year to slightly over 200 billion yen ($1.85 billion), Nikkei has learned, amid a slowing European economy and slumping chip market.

The Japanese company’s profit for the year ending in December is seen falling roughly 60 billion yen short of its downgraded guidance in April. Sales likely will shrink 6% to a figure above 3.7 trillion yen, off about 100 billion yen from April’s forecast. The full-year projections are expected to be lowered again when Canon presents first-half earnings next week.

The blame for this loss is laid at the feet of the ever reducing camera market, with a worldwide fall of 24% in the first five months of 2019, according to Tokyo’s Camera and Imaging Products Association (CIPA). They report that the blame is also partly to do with the “worsening economic conditions in Europe” and the reduction of the euro’s value against the yen, which they say has caused corporate clients to hold off on investments.

You can check out Nikkei Asian Review’s report for more information, but it looks like Canon has quite the fight on their hands. It’s going to be tough, especially when their goal for 2020 is to have a 50% market share of interchangeable lens cameras. I don’t think throwing IBIS into DSLRs will fix that.