At IBC 2019, Aputure had only just announced their new 600D LED light. But already it looks to have some serious competition in the form of Nanlite’s Forza 500. We visited the Nanlite stand to find out more about it, and to check out their new, massive, 10″ Fresnel modifier for it.

The Nanlite Forza is a Bowens mount continuous LED light and comes in two flavours. There’s the Forza 500, which is equivalent to a 575 Watt HMI and a lower powerer Forza 300. They’re daylight balanced, offering a CRI of 98 and a TLCI of 95. Included is a reflector which, on the Forza 500, puts out a pretty impressive 29440 luments, or 6257 lux at 3 metres. 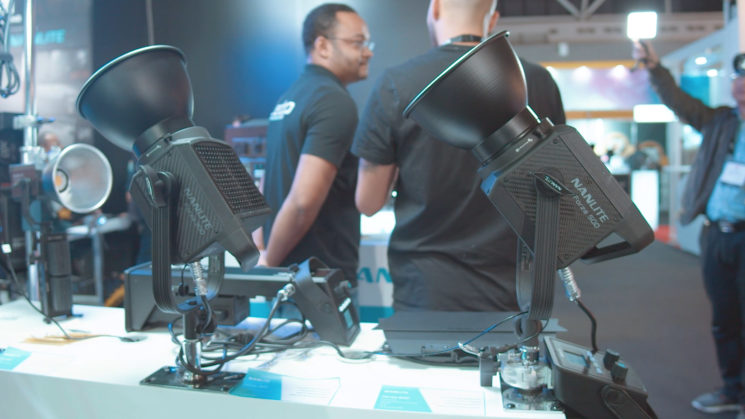 It’s powered by a dual voltage 110/240v AC power supply, but it can also run on V-Mount batteries when mains power is unavailable. On a pair of 250 Watt batteries, you’ll get around an hour of use at full power. And despite claiming similar power to a 575 Watt HMI, when comparing they say it “blows it away” when it comes to the wide floodlight side of things, and is pretty close to similar power when acting as a spot.

Even though it’s just a single colour daylight LED, it features some programmed practical effects, including lightning, TV screen, flickering light bulb or a camera flash. To keep the centre of gravity low, the controls for the light are housed in a separate pack which also connects to the AC adapter and battery plate, which can be hung lower down on your stand. It also acts as the DMX connection point, allowing you to connect it to a DMX controller and form part of a larger overall lighting setup with remote control. 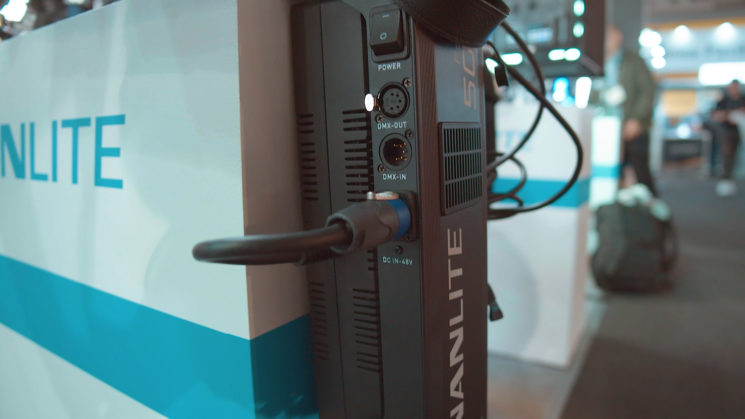 What was particularly interesting on the Nanlite stand was a new 10-inch Fresnel lens modifier. Although designed specifically for the Forza 500, it is Bowens mount, so it could theoretically fit on other lights as well, including Bowens mount strobes, like those from companies such as Godox. No guarantees on the strobes, though. Many Fresnels designed for continuous lights, even if Bowens mount, don’t always have room to fit the flash tubes of strobes. 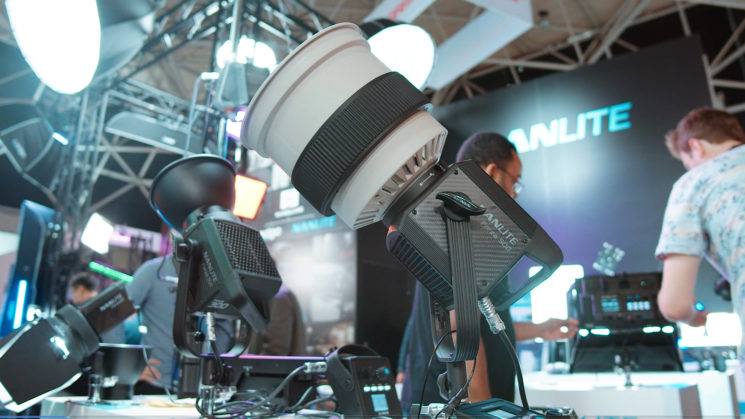 The new Fresnel modifier isn’t out just yet. It’s expected to come next month for a price of around $189, which sounds pretty good to me when you consider it also comes with extra-deep barndoors. 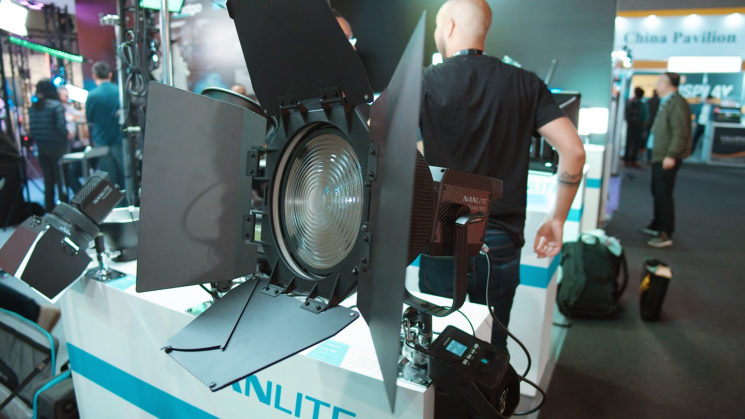 Even though I don’t use this style form factor of LED light (I prefer Spekular or LED panels for the kinds of things I do), I might have to grab myself one of those Fresnel modifiers when they’re out to try it out with some strobes. With a 10″ diameter and a long throw like that, it might make for a great artificial sun outdoors at a distance.