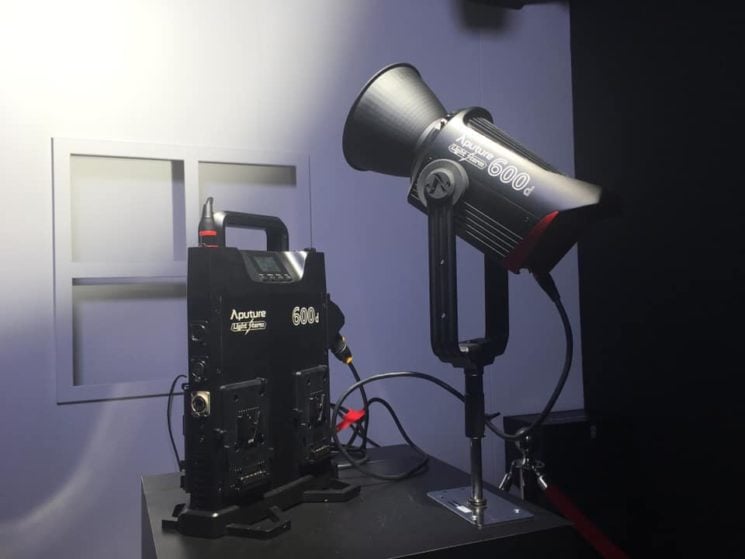 Aputure is killing it here at IBC 2019, and today they announced a light that will probably get DPs drooling until it is released. The light is part of the Light Storm Cxxx family and is a step up from the latest 300Dii.

The light comes with the same Bowens mount, so if you have any of Aputure’s “old” modifiers from the 120d or 300d, you would be able to use them on the 600D as well. 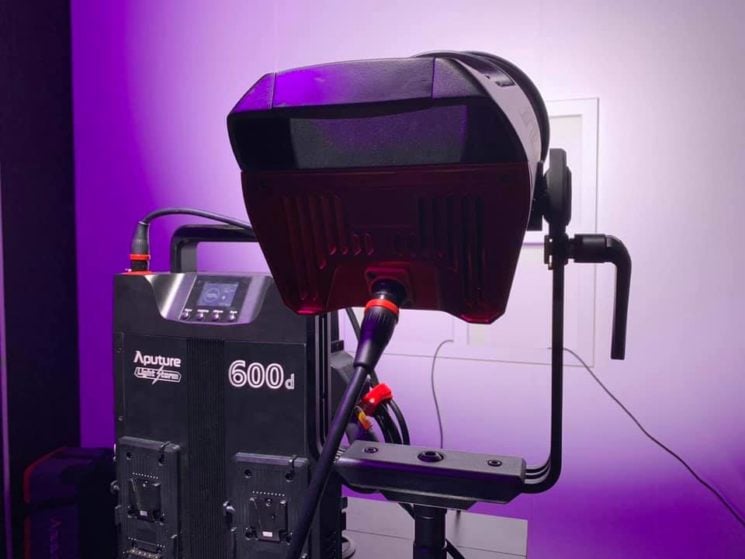 One last feature that I thought was amazing is that this entire fixture can be powered with V mount batteries. It would take four batteries, but it will run on batteries.  There is a big “ballast” to connect the batteries to the kit… but it will run on batteries. For me, taking away the need for external power/generator is amazing, and I would gladly take the big battery-bank option over live wire for many, many uses. As a bonus, the ballast acts as a charger for the v-mounts as well.