While we were at IBC 2019, we stopped by the Syrp stand to take a look at the new Syrp Tilt Platform. While we were there, Ben from Syrp was just getting ready to set up a timelapse of the crowd around the stand, so we chatted a little about the Tilt Platform and then got Ben to show us how we can shoot timelapses of people using a Syrp slider system.

The basic principle of shooting a timelapse involving moving people, even if your camera’s static, is pretty standard and fairly simple. You want to shoot with a longer shutter speed in order to capture that movement and motion blur of people as they move through your scene. When you play back those images at 24 or more frames per second, this helps to give your video that flow so you can see in which direction people are moving rather than having people randomly bounce from one spot to another that you’d see with a fast shutter speed.

In an indoor setting like a trade show, that means just bringing your ISO low, perhaps closing down your lens aperture, and then picking a suitable shutter speed to capture that motion blur. Outdoors, especially when it’s bright, you may need to use a neutral density filter in order to bring the light levels low enough to get those slow shutter speeds. 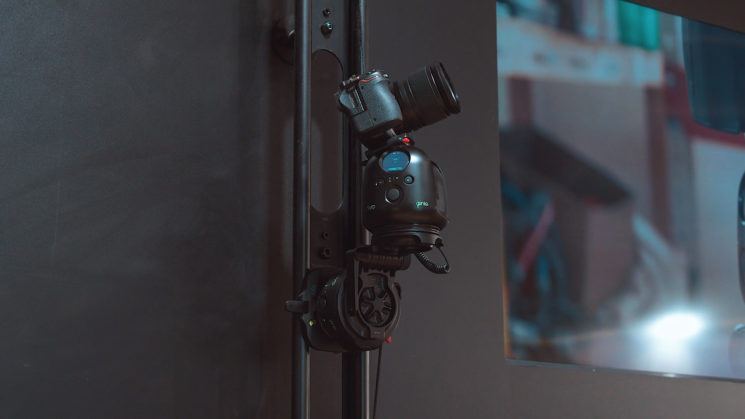 After that, if and how you move the camera is up to you. Here we used the Syrp Magic Carpet slider, along with the Tilt Platform and the Genie II 3-axis kit. Such a setup allows for maximum control over exactly where you want your camera to point at the beginning and end of the timelapse, as well as any viewpoints you might want it to move through during the shooting process. 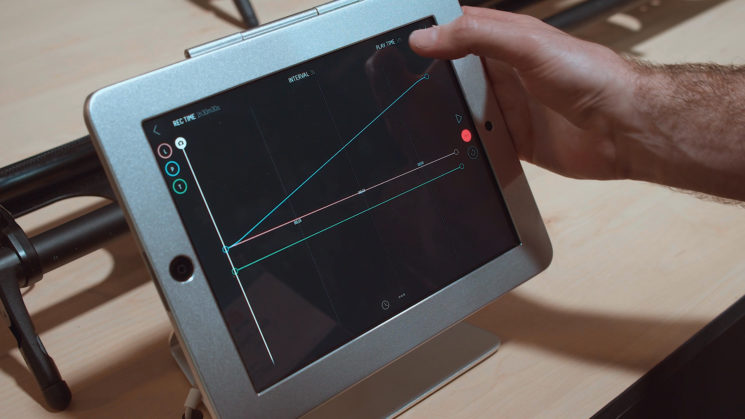 The Syrp app makes it easy to set up start and end points for your camera movement, as well as waypoints in between if you require them. The app also allows you to set your shooting direction, the length of time you want your final footage to last, and it works out the shooting interval for you. It will even fire your camera for you at those intervals so you don’t need to deal with in-camera timers or external dedicated intervalometers.

You can find out more about Syrp’s range of motion control products on their website.