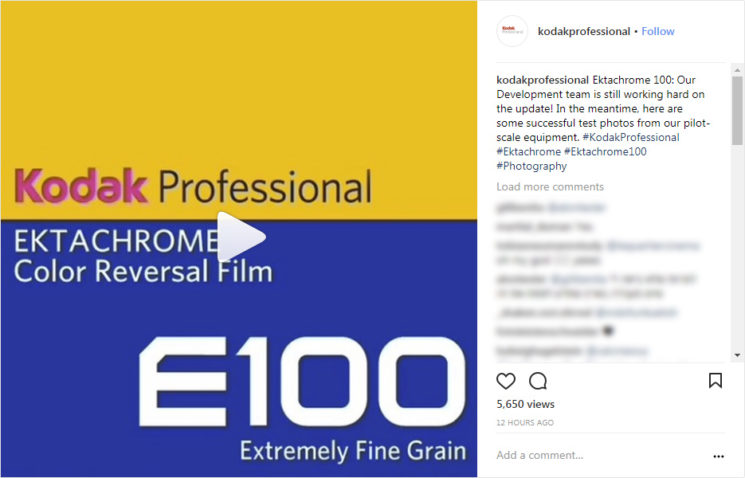 The return of Ektachrome has been getting many film photographers very excited. Announced at CES in January last year, Kodak went on to commit to a launch in 2018. It may be a little later than that announcement suggested, but Kodak has now finally released the first test shots from the new Ektachrome film. And it looks wonderful.

The pictures themselves are fairly boring and mundane. There’s a few ColorChecker swatches, the box of a roll of Ektachrome, a building, a young female subject, a few shirts and a tin of soup.

Commenters suggest that the colours look quite desaturated and that the scans aren’t that great. Which means we’re possibly not seeing the full potential of the film. Or maybe their monitors aren’t profiled very well. But it shows that Ektachrome is getting closer and closer to actual delivery. Although they’ve still not given an official release date yet.

Kodak also announced earlier this year that Kodak T-Max 3200 would also be coming back in March. Although we’re into June now and it’s still not appeared.

Hopefully, we’ll see both of these films coming soon, as I’m definitely looking forward to trying some of that T-Max.

« You can buy the last Leica M3 ever made for $595,000 on eBay
How to get your clients to choose a specific pricing plan »