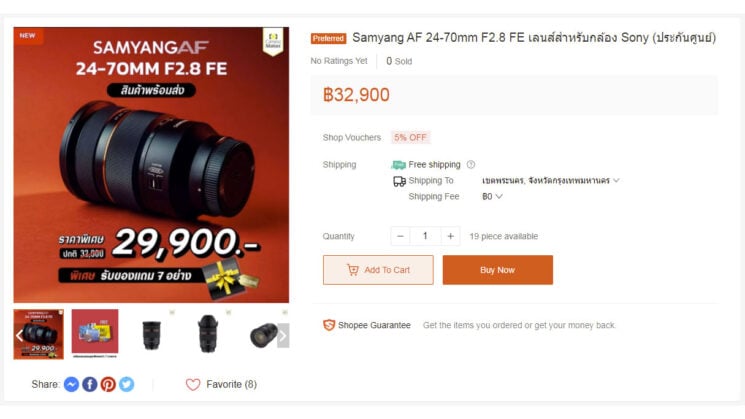 Well, this is odd. I stumbled across a leak from over the weekend about the new Samyang AF 24-70mm f/2.8 FE parfocal zoom lens for full-frame Sony E mount cameras and then spotted over on Mirrorless Rumors that it had actually been released… Except, strangely, it seems to have only been released in Thailand, of all places.

What makes this particular lens special over other 24-70mm lenses out there is that it’s parfocal. This means that as you zoom the lens from one extreme to the other, the focus distance does not change. This is typically more in line with lenses geared towards video rather than photography and is normally quite pricey. Although this one seems to be a bit of a bargain at only $975. 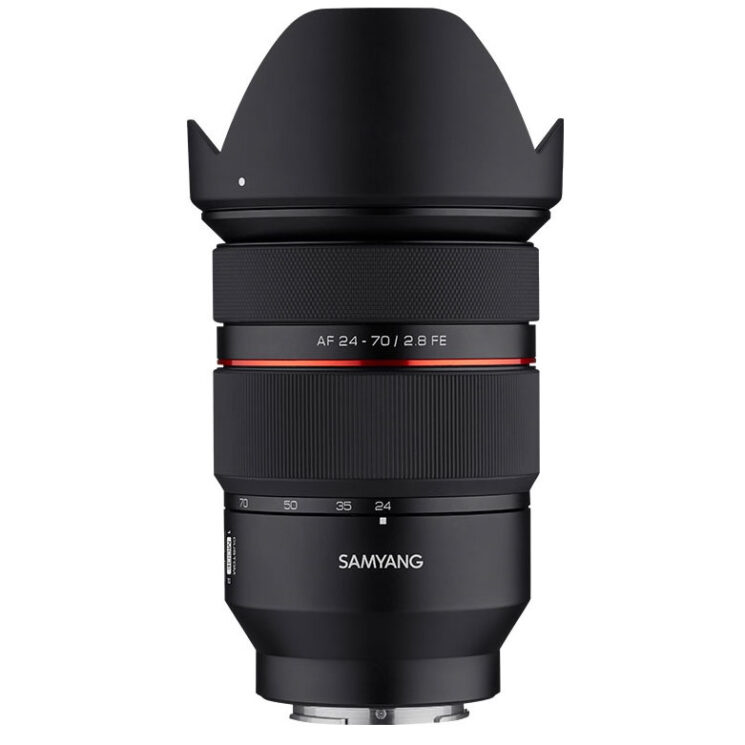 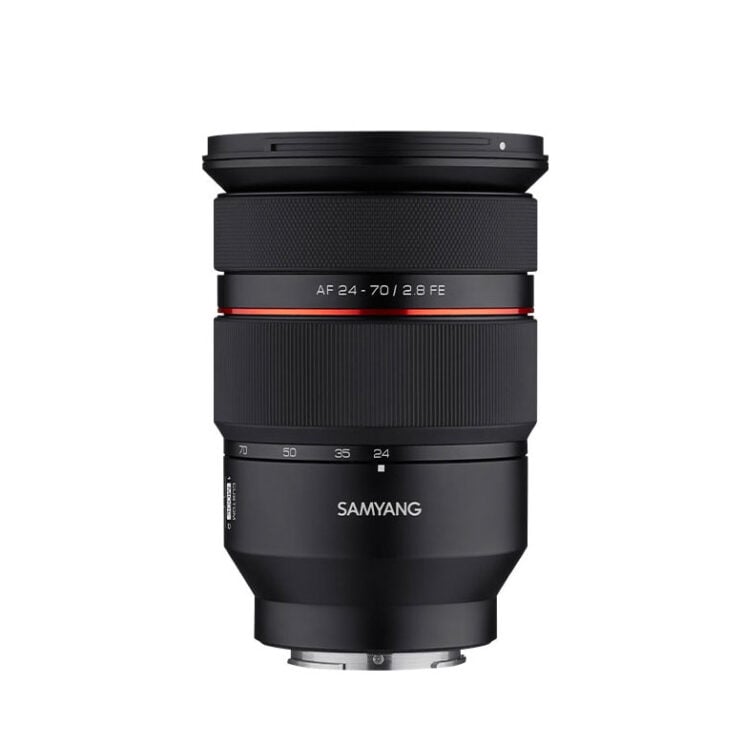 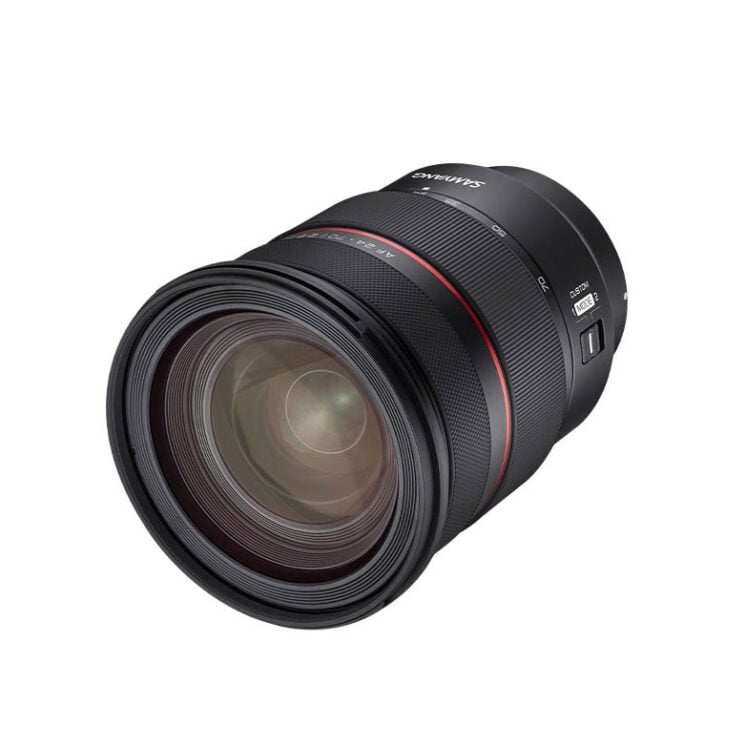 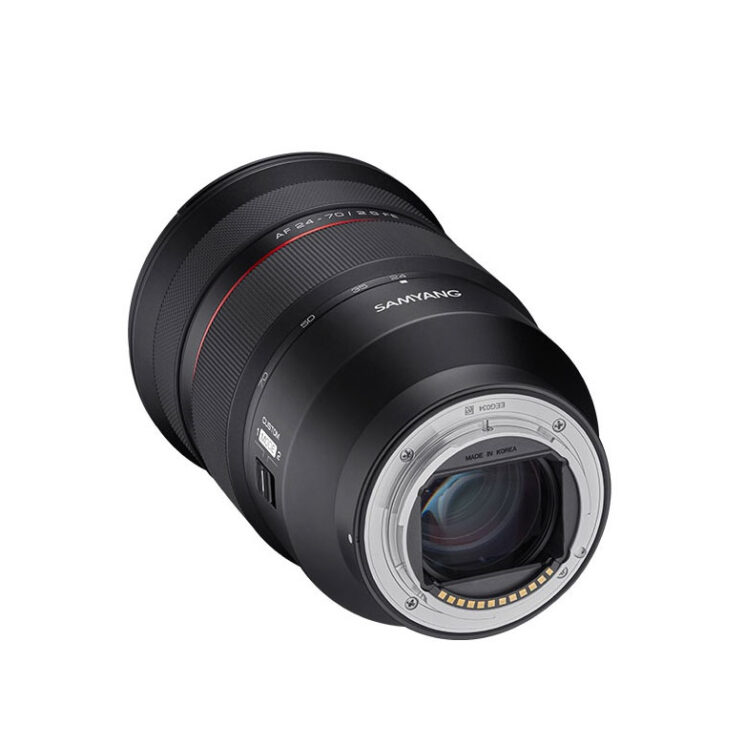 The product listing on Shopee appears to confirm the specs leaked over the weekend along with a price tag of ฿32,900 – or around $975. For a parfocal lens with this focal range and consistent maximum f/2.8 aperture throughout the range is pretty unheard of at this price point. When you consider that the Nikon, Canon and Sony 24-70mm f/2.8 lenses all cost upwards of $2K and don’t have this ability, it’s very impressive – assuming the image quality holds up.

The reason why parfocal is such a big deal is that it allows you to zoom in, optically, into your subject to verify that the focus is exactly where you need it to be and then zoom back out to get your wide shot without that focus distance being offered. This has been common in the TV, cinema and general video industry for years, but not so much for lenses that are geared primarily towards photography – especially autofocus lenses. The lens also features a built-in “custom switch” which switches the ring between focus and aperture control. 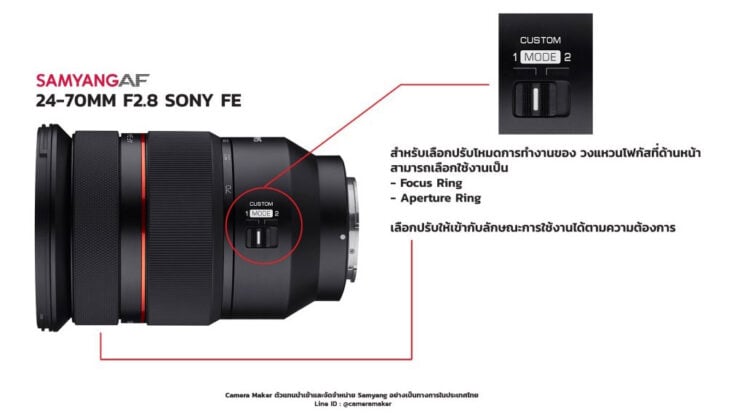 According to the product listing at Shopee, this doesn’t appear to be a company just jumping the gun and putting a listing up early with pre-orders because the information’s already been leaked – which we’ve seen happen quite often from one or two USA-based online retailers in the past. The listing currently says that they actually have 19 in stock already, which is a slightly odd number suggesting that they might’ve had 20 and have already sold one or kept one back as a demo model.

There’s no word on if or when this lens might be coming to the rest of the world, or whether it’ll keep the same sort of pricing. It’s Samyang, so their lenses aren’t typically all that expensive anyway, but given the price of the competition, I think they could justify charging a little more. I would be very keen to see how the quality stands up, particularly against Sony’s own 24-70mm f/2.8 GM lens once this starts getting into the hands of photographers.

« This video puts a year of the ISS astronauts’ life into just one minute
Should you sell your RAW files if a client wants them? »