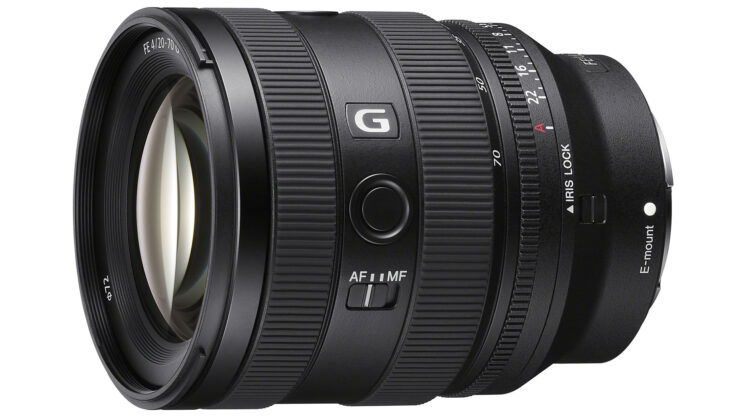 The new lens, they say, is “redefining the standard zoom in our G lens category to meet the needs of today’s content creators”. Offering a slightly slower f/4 aperture over the typical f/2.8 certainly does come with some perks that many creators will find handy, given the ISO performance of many of today’s cameras. The two biggest advantages f/4 zooms offer over their f/2.8 counterparts are price and weight.

Saving price and weight certainly seem to be the targets here. The Sony FE 24-70 f/2.8 GM II lens price of $2,298 and weight of 695g drop down to a mere $1,098 and 488g with the new Sony 20-70mm f/4 G. This makes it ideal for many creators who want to make their bags a little lighter without making their wallets as light as the f/2.8 lens would. It only loses a single stop over the f/2.8 lens, too, meaning it’ll still be great for all but the lowest light situations where being able to open up that extra stop really can make a difference.

As well as the benefits outlined above, the new lens also opens up a little wider, offering 20mm on the shorter end of the focal length range, expanding the field of view out to 94°. This is only 10° wider than the 24-70mm f/2.8 GM II’s 84°, but being slightly more than a right angle makes it ideal for a lot of interior photography uses, too, like real estate, where standing in the corner of a room and having the image flanked by two walls at 90° to each other is quite common.

Such a wide angle of view also allows video creators shooting on location to get nice wide establishing shots of those locations. Not to mention vloggers, who also generally require quite a wide field of view when pointing the camera back at themselves from arm’s length. 20mm on full-frame provides a wide enough field of view that the face isn’t filling the screen and you can see some of the environment around them for a bit of much-needed context.

The lens, obviously, isn’t replacing the FE 24-70mm f/2.8 GM II in Sony’s lineup, but it’s a less expensive alternative that sits in between the Sony FE 12-24mm f/4G and the 70-200mm f/4 G OSS lenses. While the versatility of that focal range can’t really be contested, not everybody needs the wider f/2.8 aperture, especially when it comes with such a hefty price tag. It does sort of replace the FE 24-105mm f/4 G OSS for many shooters, but only for those who don’t need the kind of reach it offers beyond 70mm. 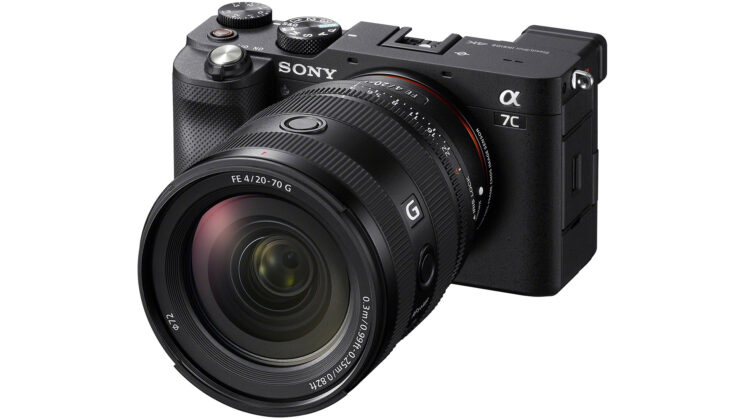 The autofocus system is driven by two of Sony’s newest “extreme dynamic” (XD) linear motors for fast, quiet, low-vibration focus drive. Sony says this works out to a 60% increase in AF speed over the previous f/4 model in this spot, the Sony/Zeiss Vario-Tessar T* FE 24-70mm f/4 ZA OSS. The speed and quietness suggest that it should feel equally at home when shooting video as it does when shooting stills without getting in the way of what you’re attempting to create.

It’s a lens that should make a lot of Sony creators very happy. The Sony 20-70mm f/4 G will be available to pre-order soon for $1,098 and is expected to start shipping in March.