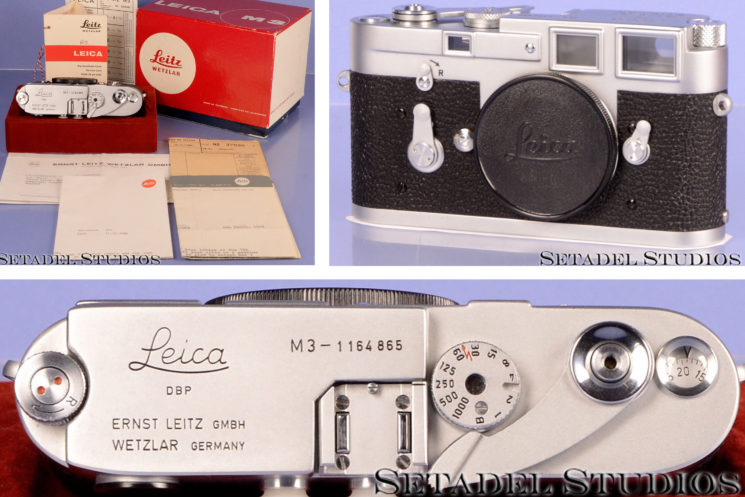 We’ve seen some pretty amazing eBay camera gear listings (this is my personal favorite). At the moment, an eBay seller is offering the last Leica M3 camera ever produced. The seller claims that it’s never been used and that it’s in the condition “as it left the factory more than 60 years ago.” And this rare piece of gear will set you back mere $595,000.

The seller explains that the camera is in “like new condition,” never used, and kept in its original box ever since it was made. It looks shiny and new, and according to the description, it should also work well. “Rangefinder is clean and clear,” the description reads, and “mechanically amazing that this is still working well.”

The camera comes with documentation and special order letter from the original owner who specifically reserved the camera from Leica. As one would expect, a camera like this is not cheap at all: if you have $595,000 to spare, it can be all yours. But hey, at least shipping is free.