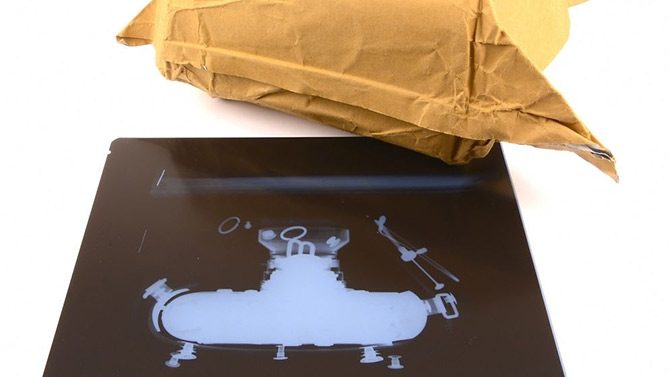 Brand new unopened cameras are not uncommon on eBay, and usually aren’t that big a deal, unless that camera is something like a military issue Leica Leitz KE-7A.  With a price tag of $45,300, it’s certainly aimed at a very special type of collector.

According to the eBay listing description, the Leica KE-7A was produced in both military and civilian models, but the military issues can be distinguished by having FSN (Federal Stock Number), Cont. (contract designation), and U.S. (United States) markings. 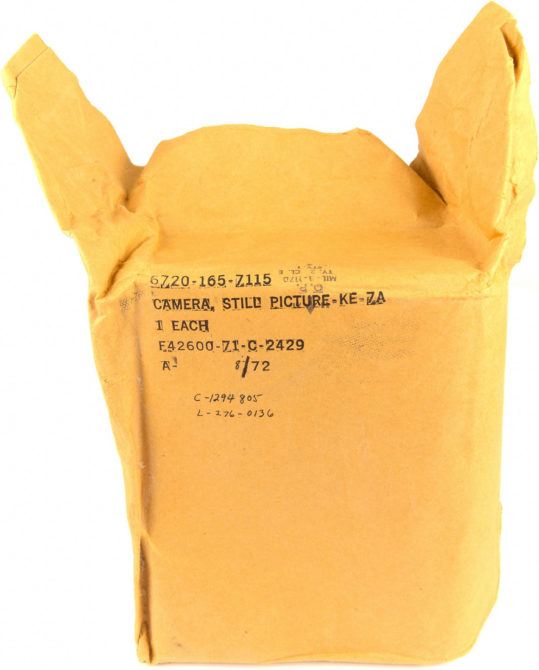 With a mint condition Leica KE-7A with lens estimated to be worth around $20,000, according to CollectiBlend, other eBayers seem to be taking advantage of the exposure this rare individual is getting.  Another, opened, KE-7A with ELCAN 50mm f/2 is also up for sale on eBay priced at $24,223.

One commenter on photo.net suggested in 2006 that there were only 500 military KE-7A units sold to the US army, and that many were simply left unused and stored in warehouses, to be auctioned off in the 1990s.

With a camera that remains sealed and unopened within its original paper bag, and has no Leica branding, how does one prove it actually contains what they claim?  Well, they get an X-Ray, of course. 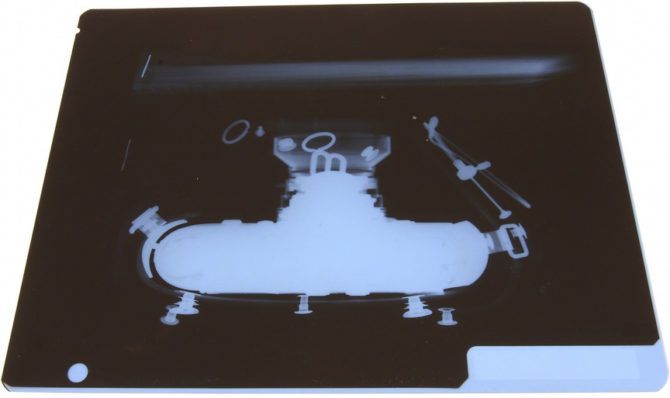 While the seller highly advises against it, they are willing to open the bag to prove its contents for a non-refundable 5,000 Euro (approx $5,700) deposit.

I have to admit, even for that kind of deposit, with a $20-25K difference between the price of this listing, and opened copies of the same camera, the $5,700 really doesn’t seem worth the risk that they won’t buy it. 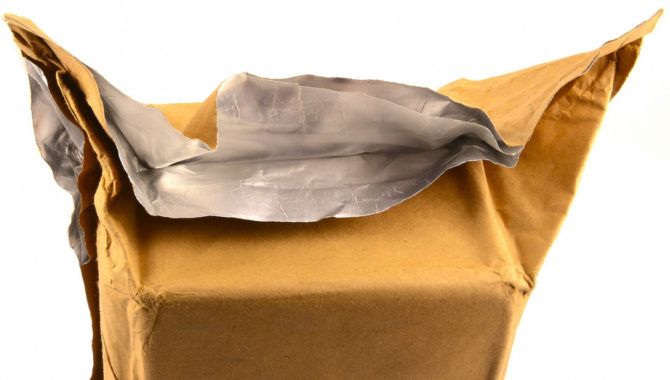 It also strikes me as a little unusual that there are people out there willing to pay this kind of money to essentially put a paper bag on display on a shelf, although I do acknowledge those people exist.  But I also can’t imagine anybody buying this and immediately cutting its value in half by opening it, either.

Maybe it should be listed as Schrödinger’s camera.

If they were to open it, however, this is what they should expect to see inside. 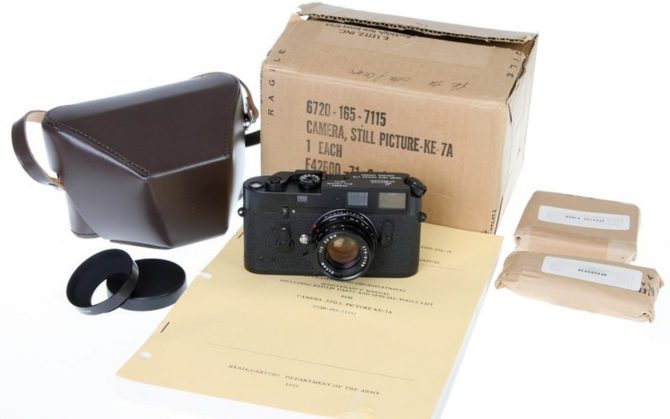 Photo by The Leica Store

Take a look at the listing on eBay for more information, but if you were hoping to apply for some PayPal credit, then I’m afraid you’ll be disappointed.  Payment is only allowed via bank transfer, although it does come with free FedEx shipping.

What are your thoughts on this?  I know Leicas, especially rare ones can be ridiculously expensive, but I just can’t wrap my head around somebody possibly buying this to either open and immediately devalue or display as-is in a paper bag.  Let us know your thoughts in the comments.

« Dancing Decay – a complete step by step composing breakdown
Getty’s leaps head on into the virtual reality market with over 12,000 new 360° images »