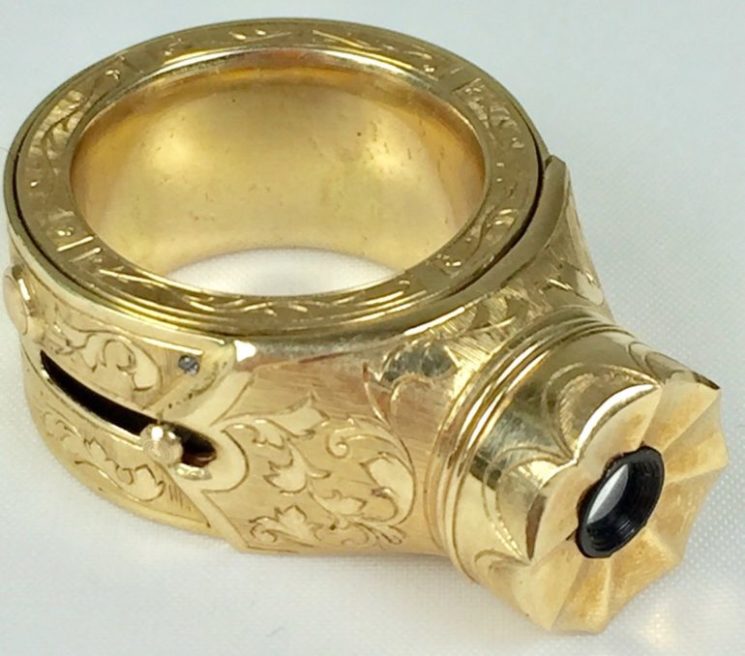 Since the end of the Cold War, we’ve been seeing bizarre spy gadgets make the news and blow our minds. Because most of those gadgets are quite difficult to find, they’ve become hot items for collectors. In 1991, Christie’s even sold a gold-plated KGB ring spy camera for $25,000. It was so rare that in an interview with L.A. Times, Christie’s spokeswoman Katherine Curtis even said: “We think there is only one other ring camera like it in the world.”

Well, that “one other ring” just showed up on eBay for $19,490.15. (yes, and 15 cents). Unlike the version sold by Christie’s, this particular ring is made of 14K solid gold, complete with a stamp that certifies its purity. 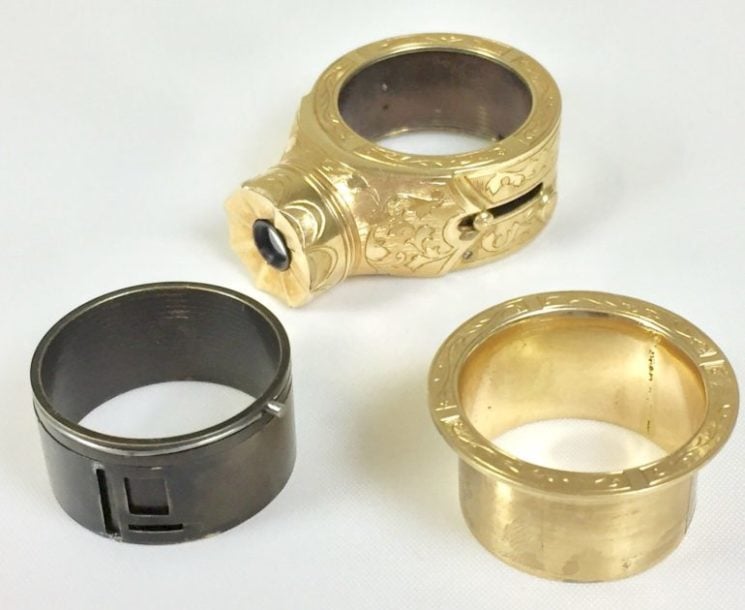 The ring has a variable aperture and a guillotine shutter that still both work. Furthermore, according to the seller, the lens doesn’t have fungus and is undamaged. The ring also comes with a developed 8mm. film strip that shows some photos I assume were from the camera. The only problem is that you’ll have to find fresh film for it if you’re interested in taking pictures with it. 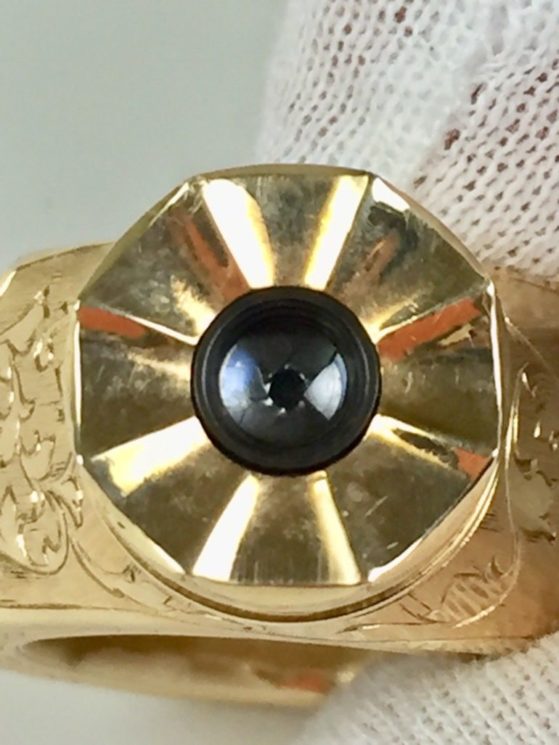 Of course, this ring and the one sold at Christie’s aren’t the only ones to appear on the market. According to Submin.com, a similar device called the “Warsavie,” was sold at auction for $1925 in 1987. In 1988, another ring was reportedly sold in Russia for $4,500. However, the fact that this particular ring is made of gold makes it a premium collector’s item. So, if you had about $20,000 lying around, would you buy it?