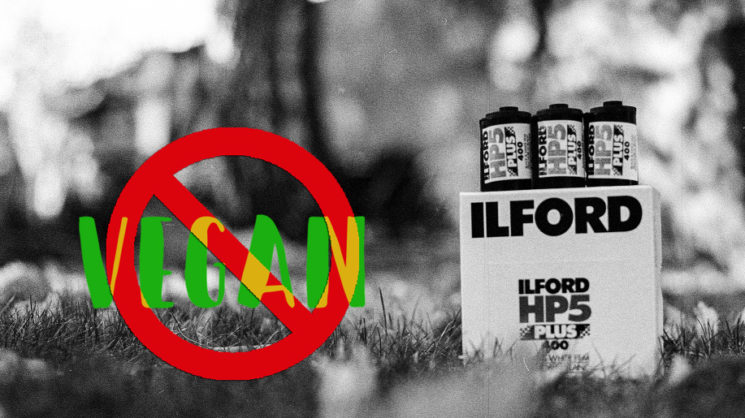 Shooting film isn’t vegan-friendly. If you are a vegan, you might have already been aware of this, as film contains gelatin. But on a special FAQ page, Ilford helps you learn more. The company explains why shooting film isn’t vegan, but also tells you more about their other products, animal by-products in them, and about testing chemicals on animals.

On the page dedicated to vegans’ concerns, Ilford explains that their film and paper products contain gelatin. If you’re a vegan or vegetarian, you know that there are alternatives to gelatin for preparing food. So, why can’t it be substituted for something else in film and paper products? Well, Ilford explains that gelatin has unique characteristics which prevent the film from becoming fragile, slow and with a short life. These characteristics “act as a membrane matrix for the silver crystals but also interact with the crystals as they are formed.”

According to Ilford, there have been attempts to substitute gelatin for other substances, but none of them performed to the same standard. So, until the substitute is found, I guess vegans will need to shoot digital or go with wet plate collodion photography as The Phoblographer suggests.

[Ilford Vegan FAQ via The Phoblographer]

This video explains the science behind photographic film