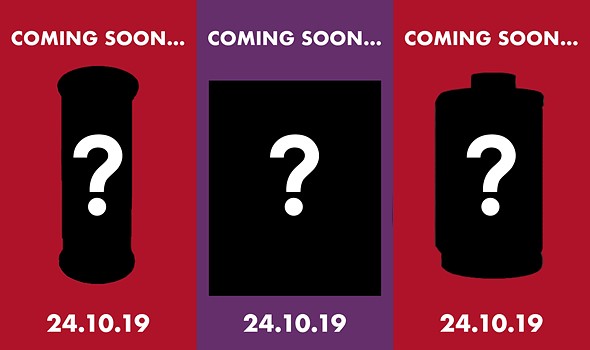 It looks like Ilford is about to make film photographers happy in about ten days. On its official Twitter page, the company has announced a recent release of new film stock in several different formats, with the launch date of 24 October.

The tweet shows four images that don’t reveal much. There are date and time: 24 October, 3 pm. Ilford doesn’t tell us which time zone, though, but since the company is based in the UK, I guess it’s GMT+1. Each photo shows a different film format. We can recognize a 35mm film roll, a 120mm film roll, and the vertical 8×10 image. As DPReview notes and I agree, the fourth photo (with the black background) isn’t as clear as the others. It shows a black rectangle with 3:4 aspect ratio, and it crossed my mind that it could perhaps be a new paper.

The tweet has caused many reactions and speculations, but Ilford still isn’t giving away too much detail. After all, that’s the point of teasing a product, right. We do know that Ilfocolor won’t be making a comeback, as Ilford replied: “That’s a definite no” to a tweet asking that. But for more details, I guess we’ll have to wait till 24 October.