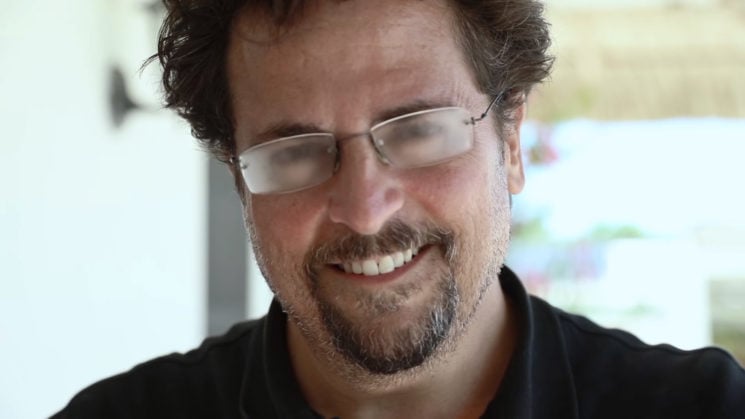 Lenses fogging up usually isn’t a big problem for me here in the UK. But it is a problem I’ve faced while shooting in warmer climates. You go from a nice cool air conditioned building to the hot and humid outdoors and there it goes. Within 10 seconds, your lens is virtually impossible to see through.

If your lens is weather sealed, it’s just a waiting game for it to clear up. If it’s not, you can face long term consequences. This two minute tips video from David Bergman offers several ways to prevent fog on your lenses when you change environments.

Planning ahead is the way to combat this problem. Most people don’t just suddenly decide “Hey, I’m going to shoot!” and head out the door 3 seconds later. You usually know if you’re going to go out with your camera. And if it fogs up, it can take a good 10-15 minutes for it to clear up. Longer if it’s on the inside elements, too. When it does fog, the first option for many is to simply wipe it with a lens cloth. 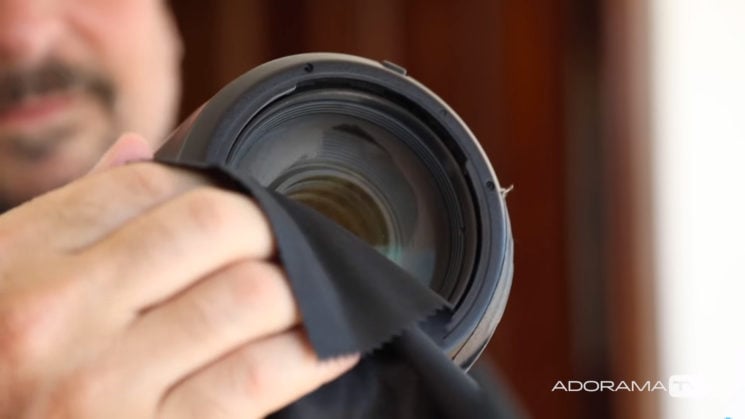 This will, of course, remove the build up of condensation on the outside of your lens. However it will not really change its temperature. So, 10 seconds later, it’ll just fog right back up again. Plus, even if it did prevent it from fogging again, it wouldn’t allow you to wipe off any condensation that might have built on the internal elements.

Fog on internal elements can lead to water spots or even mould. The only cure to that is to dismantle the lens yourself, clean it and reassemble or send it off for somebody else to do it.

The key to prevent it is to let your lens acclimate. You just need to be patient. Set your equipment in an area where it can warm up. Then when you go to shoot in those warm humid environments, there’s no cold surface on which the moisture in the air can condense.

Leave your bag outside 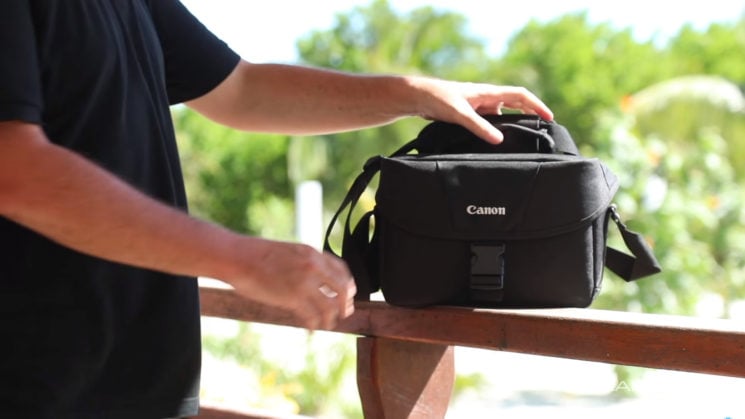 I used to shoot quite a lot in Florida. I’d go from 60°F air conditioning to 90°F+ outdoor temperatures with ridiculous humidity. If I simply walked out of the house with my kit and pulled it out of the bag, it would fog up in 10 seconds flat. It was rare that I didn’t know in advance I was going to be leaving with my camera, so as David suggests in the video, the key is to plan ahead.

My camera gear would sit in its bags (closed, not open as shown in the video) for about half an hour before I was ready to leave. By the time I was ready to head out, the equipment had acclimated to the temperature and wouldn’t fog. If we were driving, the bags would go in the boot so that they weren’t affected by the car’s AC.

The reason I kept my bags closed was because if they were open, they’d immediately fog inside the bag. also keep a couple of big packs of silica beads inside my bag to help absorb any moisture. Keeping the bag closed let it heat up gradually without letting in more humidity.

If you can’t leave your gear outside, the next best thing is to open a window and place your camera bag near to it. Here’s where I would leave my bag open, because the air inside the house isn’t very humid. Of course, this is a more expensive way to do it, as your AC will have to work harder to keep the room cool.

Of course, you can also turn the AC off and just deal with the heat and your family yelling at you that it’s too warm.

When you’re in the car, as I mentioned above, the boot/trunk/whatever is the best place for me. There’s no AC in there, and while it won’t get the full heat of the day, it does keep it relatively warm. Warm enough that condensation on the lens doesn’t become a problem when I take it out.

If you want to keep it in the main area of the car itself, as with the suggestion above, open the window and turn off the AC. It could be an uncomfortable drive for you, but your gear won’t fog up when you arrive at your destination.

Not just for lenses

I keep my camera bodies in the bag along with the lenses, too. The last thing you want is to turn up to a warm, humid location with a cold camera. A cold sensor is just as likely to pick up condensation as a cold lens element, and then you’re really asking for trouble.

After it warms back up, it can dry with water spots. Or, worse, the condensation can cause dirt particles already inside your camera body to weld themselves to the sensor. It’s not exactly easy to give your sensor a proper clean when you’re in the middle of nowhere in a hot and humid environment.

Why you should stop worrying about damaging your gear

Photographers, this is why you should stop comparing yourself to others