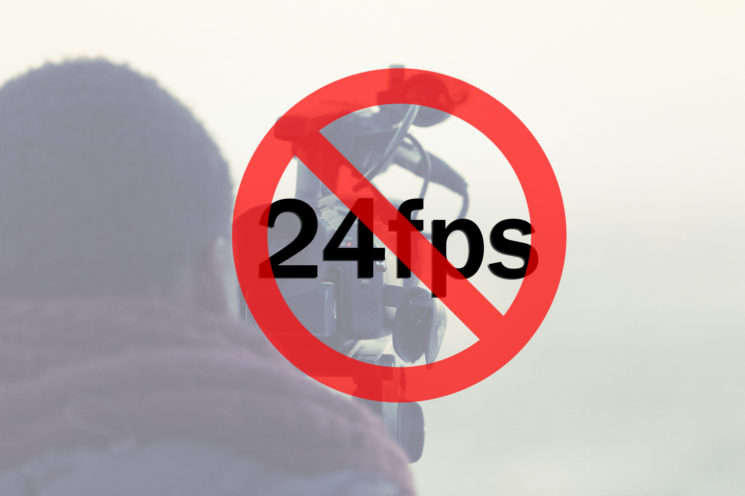 The standard frame rate is 24fps and it’s used for most types of videos. However, there are times when 24fps is not the way to go, but you should use higher or lower frame rate. In only three minutes, Ted Sim of Apurture shares eight scenarios when you shouldn’t use 24fps for shooting videos.

If you want to give your film a vintage look, stay clear from 24fps. Vintage movies were recorded at 16fps, and this should be your frame rate if you want to recreate the look.

With CGI, the frame rate can be whatever the filmmaker wants. But in the old days the animation process was long and painstaking, so they were created in 12fps instead of 24. To recreate that look, animators use 12fps even today.

When you shoot action sequences, you should go for slightly lower frame rate than standard. This way, when you replay them at 24fps, they’ll have that extra kick and look snappier.

Almost all TV broadcast is played at 30fps (for NTSC broadcast). TVs are capable of playing at higher frame rates, but the “TV look” at 30fps remains for sitcoms, soap operas, and reality TV.

Peter Jackson’s The Hobbit: An Unexpected Journey was the first movie with a wide release to use 48fps. It gave the ultra-realistic “filmic look,” and since then it was adopted by other filmmakers as well.

The standard frame rate for sports is much higher than the 24fps. It’s 300fps, and it allows the footage to be slowed down 10 times and fit the TV broadcast frame rate of 30fps.

Shooting for science requires shooting at super high frame rates, so the scientists can observe their subject better (remember the camera that shoots 100 billion frames per second?).Okay, you probably wouldn’t be able to lay your hands on this super-high-speed camera, but if you shoot something for science – you’ll need a high-speed camera anyway and 24fps is definitely not the way to go.

[Why You Should NOT Shoot in 24 FPS | Apurture]