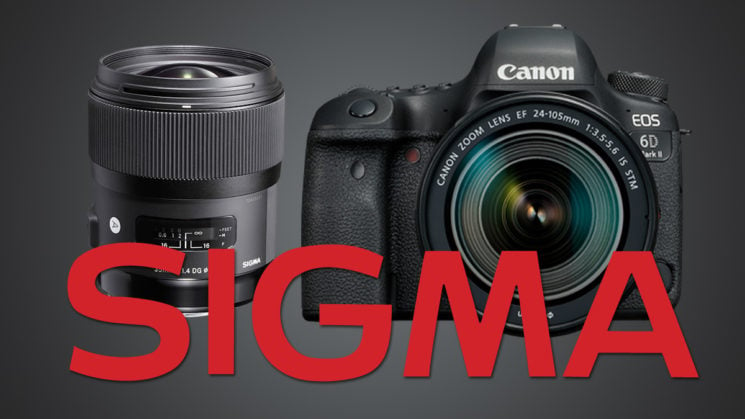 There’s two things you can be fairly sure of whenever Nikon or Canon release a new DSLR. The first is that you’ll need to wait for Adobe to update ACR/Lightroom to be able to read the raw files. The other is that some Sigma lenses will have compatibility issues, and need a firmware update.

And so, Sigma have released an advisory for certain Art and other lenses when being used with some of the newer Canon bodies. Those bodies include the 6D Mark II, EOS 77D, Rebel T7i (EOS 800D) and Rebel SL2 (EOS 200D). Fortunately, the cause of the issue is fairly specific, so the temporary workaround is quite simple.

When certain lenses are attached to these cameras and the “Lens aberration correction” function on these cameras is set to “Enable” for Live View shooting, an error would occur.

Please set the “Lens aberration correction” function of the cameras to “Disable” when using SIGMA’s interchangeable lenses for CANON.

So, essentially you just don’t get access to the Lens aberration correction function with live view in these newer bodies. Fortunately, this option still seems to be available in Canon’s raw software, for those who choose to use it. And then there are other correction tools within Adobe Camera Raw and Lightroom to deal with such things.

For video shooters, though, this might cause some potential issues. Or at least a lot more work in post.

The advisory goes on to state…

When the lenses listed below are used on EOS 6D Mark II, EOS 77D, EOS Rebel T7i, EOS Rebel SL2 and the “Lens aberration correction” function on the camera is set to “Enable” for Live View shooting, an error would occur.

Sigma have not yet specified when an update will be available for these lenses, if at all. They simply advise disabling the Lens aberration correction.