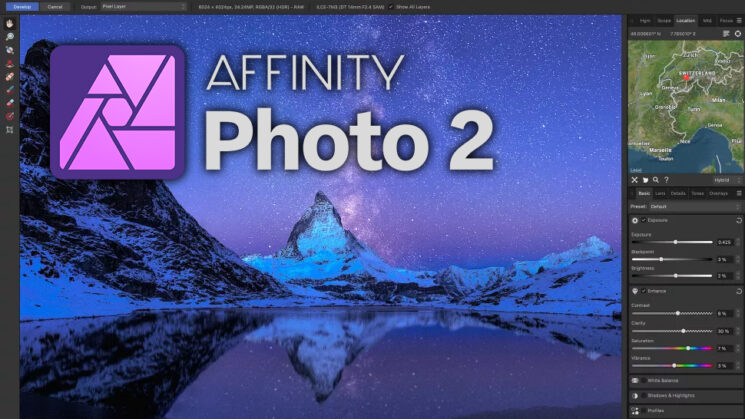 Serif has launched a new major version of Affinity Photo – its first since initially launching in 2016. Affinity Photo 2 introduces not only a massive amount of new features to the application but is also part of a whole Affinity Creative Suite, similar to Adobe’s Creative Cloud, incorporating multiple applications. Probably the biggest difference between Affinity and Creative Cloud, though, is that this is still a one-off purchase with no subscription.

The first hint that something new was coming was five days ago when a teaser video hosted by Serif Managing Director, Ashley Hewson was posted to the Affinity YouTube channel. This was followed up today by the announcement video below. Affinity Photo 2 finally brings much-demanded features like non-destructive raw development, live and compound masks, and saved layer states.

One of the major features with Affinity Photo 2 is that it finally has non-destructive raw development capabilities. This means that in your regular editing process after you’ve started working on it in the main Affinity Photo application, you can still go back and edit your original raw processing settings – just like importing a raw file as a smart object within Photoshop. For many photographers, this was a big bone of contention that held them off from switching away from Photoshop, but now that feature is here. You can also embed it directly into your current document or link it externally to reduce file sizes. 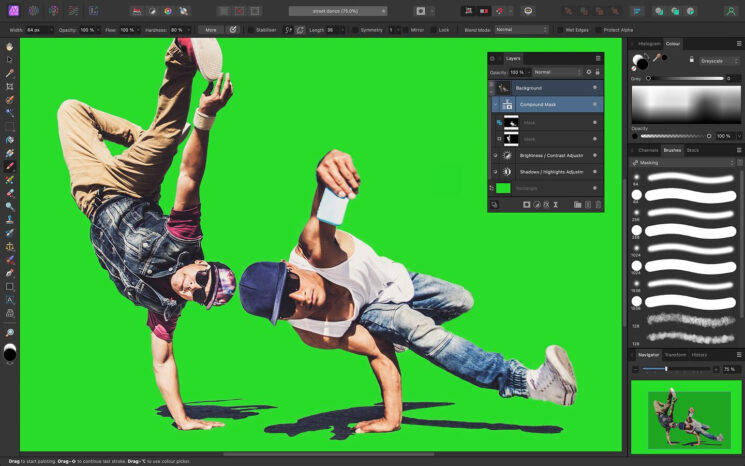 Adding to the non-destructive nature of Affinity Photo 2, we’ve got compound masks that let you combine multiple mask layers together non-destructively using add, intersect, subtract and XOR operations. This lets you create your individual masks and combine them while still retaining the original masks that you can edit and tweak any time you like without affecting other parts of the mask on different layers. I can see this being a very handy tool for landscape photographers who often deal with luminosity masks and masks to target specific features. 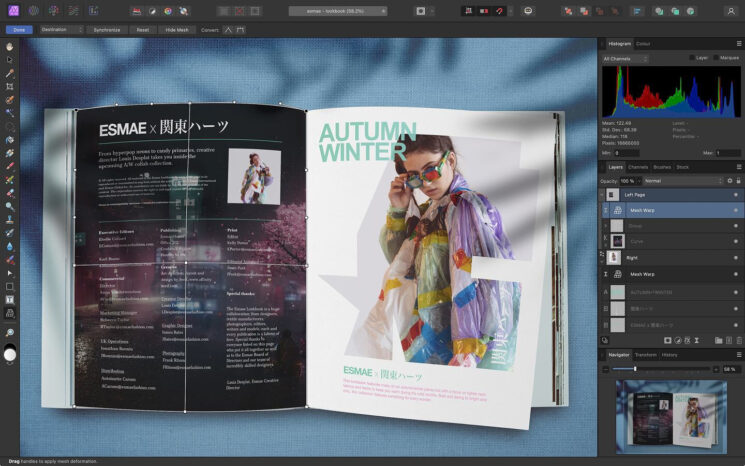 Live Mesh Warp lets you distort images non-destructively to let you bend and twist and distort them into pretty much any shape you like. This is very handy for creating mockups, as with the magazine example above. For those 3D artists amongst us, you also get Normals Adjustment. This isn’t a feature that’s too useful for most photographers, but for any of you that dabble in 3D, it will be a very welcome addition.

You also get live masks, which dynamically update automatically based on the properties of the underlying image – we’re going back to those luminosity masks I mentioned earlier – as well as a Hue Range mask selection allowing you to target very specific colours. Band-pass creates a mask that focuses on the edges of objects in your shot, allowing you to sharpen up your  outlines without oversharpening things that should be left well alone, like skin or fabric texture. 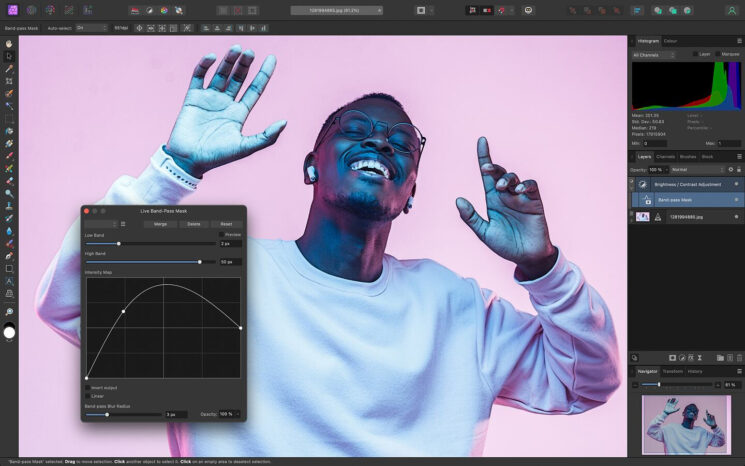 And while they’ve been mentioned a couple of times already, gone are the old-fashioned ways of creating luminosity masks. Affinity Photo 2 now has native Lumonisity Mask support, allowing you to target specific ranges of highlights or shadows or anything in between. Saved Layer States allow you to create different versions or revisions of your work in order to quickly flick between them to see how much progress you’ve made and whether your changes have truly been beneficial. 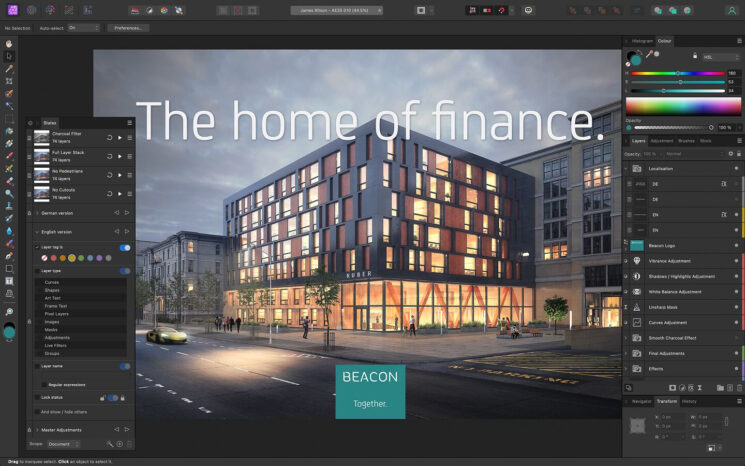 Finally, Affinity Photo 2 has support for wide gamut and HDR JPEG XL image files. This allows you to edit HDR content from right within the app, letting your audience see your images as they were meant to be displayed.

As well as the new Affinity Photo 2, we also see Affinity Designer 2 and Affinity Publisher 2. Each of the three tools are available to purchase separately for what will ultimately be $69.99 each. For now, though, they’re seeing an introductory 40% discount making them $40.99 each. iPad versions of each app are available for $11.99 each. Alternatively, also launched today, you can get the new Affinity V2 Universal License. This comes at a regular price of $169.99 but that also sees an introductory discount making the price $99.99. This includes a license for all three applications on all three platforms (Mac, Windows and iPadOS).

You can find out more on the Affinity website.

A quick overview of a non destructive retouching process

« Hawaii has the most photographers per capita in the US, study shows
JPEGmini 3.5 adds more video features including resolution resizing and M4V file support »