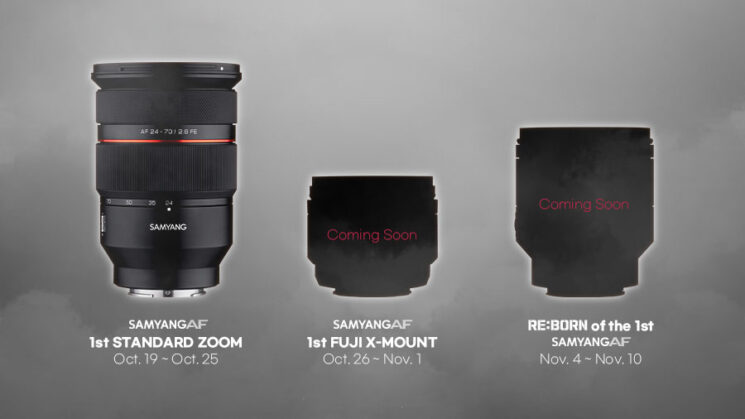 Since Fuji opened up its X mount to third parties, those third parties sure seem to have jumped on it. And they’re not just manual lenses that happen to use the mount, either. We’ve seen a few autofocus from Tokina, Zeiss, Viltrox and even a zoom lens from Tamron. Well, now it looks like Samyang’s jumping into the fray with what looks like a 12mm f/2.0 autofocus lens for Fuji X.

Samyang hasn’t explicitly said what the lens is, but looking at the silhouette of the lens in an image posted to the Samyang Facebook page, it looks pretty much identical to the Samyang AF 12mm f/2.0 E lens for APS-C Sony. 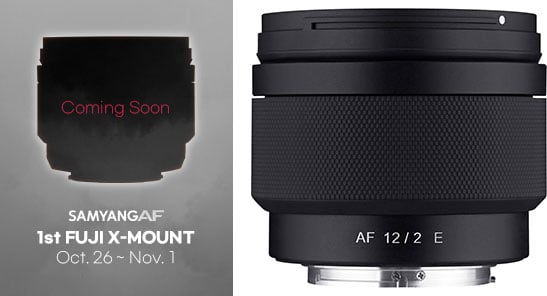 While the lens still isn’t confirmed, the silhouette makes it pretty obvious. The Sony version of the lens seems to have received some quite favourable reviews at online retailers, so I think we can probably expect a Fuji X version to be equally as impressive.

The post on Samyang’s Facebook page also shows their recently released parfocal AF 24-70mm f/2.8 FE for full-frame Sony and another lens scheduled for announcement on November 4th. Exactly what that lens will be seems to currently be unknown, although the wording suggests it’s going to be an old Samyang classic.

So, keep an eye out for an official announcement on Tuesday (if Nokishita doesn’t post leaks early).