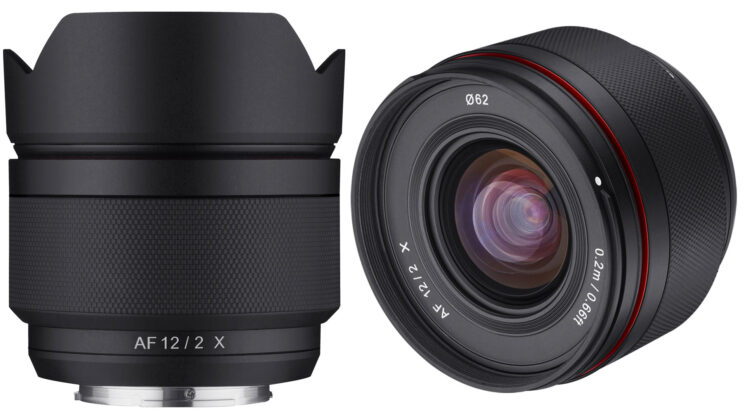 Well, it’s not much of a surprise, really. The teaser image posted last week by Samyang for their first autofocus Fujifilm X mount lens with a silhouette that looked shockingly like the Samyang 12mm f/2 E for Sony has turned out to be… Wait for it… the Samyang 12mm f/2 X for Fuji.

Announced today, the Samyang AF 12mm f/2 X is, as mentioned, Samyang’s first autofocus lens for Fuji X. So, it makes sense for them to go with one that they know already works on other systems rather than go for something completely new.

The features are essentially the same as the Sony E mount version of the lens released in April, but with a couple of very slight differences. The minimum focus distance is 1cm longer and it weighs 1g less. But it has the same optical formula, dimensions, filter thread and weather sealing. So I would expect it to offer exactly the same results on Fuji that it does on Sony.

when the Sony lens was released, it seemed to be marketed heavily towards astrophotography, but Samyang seems to have taken a step back from that approach this time around, marketing it as a landscape lens, instead. I expect it’ll do both just as well as the Sony version did, and provides weather sealing and protective glass to protect itself from light rain, snow and dust. 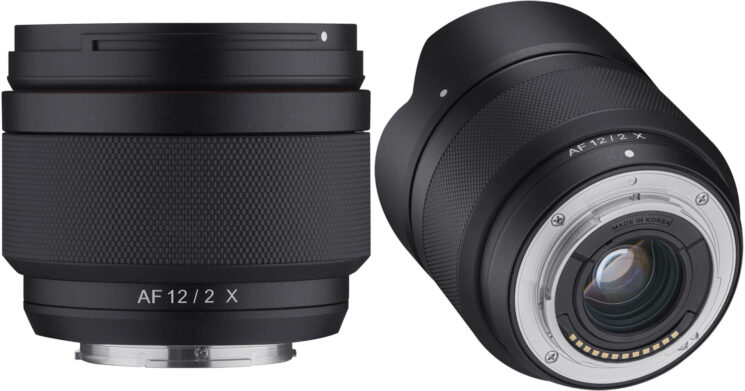 The wide aperture and short minimum focus distance also mean that the Samyang AF 12mm f/2 should feel equally at home indoors, too, especially when you want to shoot wide in small interiors and capture as much as possible. Of course, you’re going to see all of the usual perspective distortion you get with a focal length this short (you can’t defy physics), but sometimes that’s a look you want!

The Samyang AF 12mm f/2 X will release in the UK with a suggested retail price of £402 including VAT and is expected to start shipping in November. I haven’t seen it pop up for pre-order in the US yet, although the UK price is around 10% more than the Sony version, so we might see a similar price increase in the US once it becomes available. We’ll update this post when we can confirm a US price.