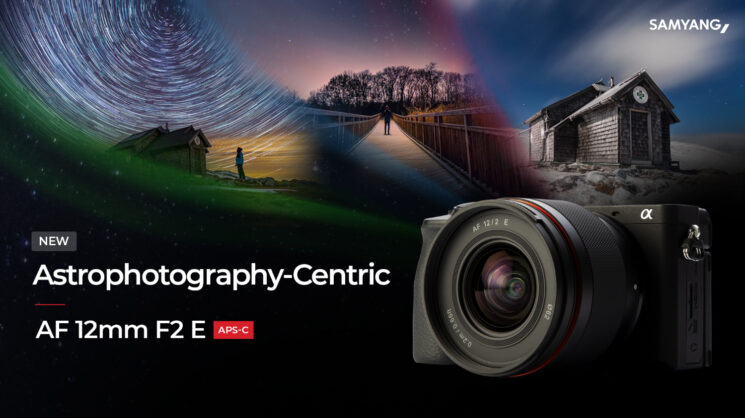 Samyang has today announced their first autofocus super-wide-angle prime lens for APS-C. Specifically, for Sony APS-C E mount. It’s the Samyang AF 12mm F2E and offers a field of view equivalent to that of an 18mm lens on full-frame with a wide f/2 maximum aperture, which is fantastic for subjects like astrophotography or interiors where it’s fairly dark when you want a wide angle of view.

It contains 12 elements in 10 groups, with three extra-low dispersion and two aspherical elements to minimise chromatic aberration and distortion, and increase sharpness. Ultra Multi Coating (UMC) has been applied to the elements to minimise ghosting, reflections and flare for what Samyang describes as “more contrast-rich imagery”.

Samyang says the new AF 12mm F2 expands on the capabilities of its existing manual focus 12mm F2 lens that’s been popular amongst astrophotographers since it was first released. The new lens, they say, “adopts the autofocus system and a new modern design” and is even more optimised for astrophotography. This is an odd claim in their marketing, though…

AF 12mm F2.0 delivers outstanding image quality; you can capture the starry night with stunning clarity and far better than with a smartphone.

Well, yes, I would expect just about any lens designed for DSLR or mirrorless cameras systems to outperform a smartphone, but maybe that’s just me. Have we really gotten to the point where “it’s better than a smartphone” is a valid selling point for camera gear? Anyway… Here are the specs. 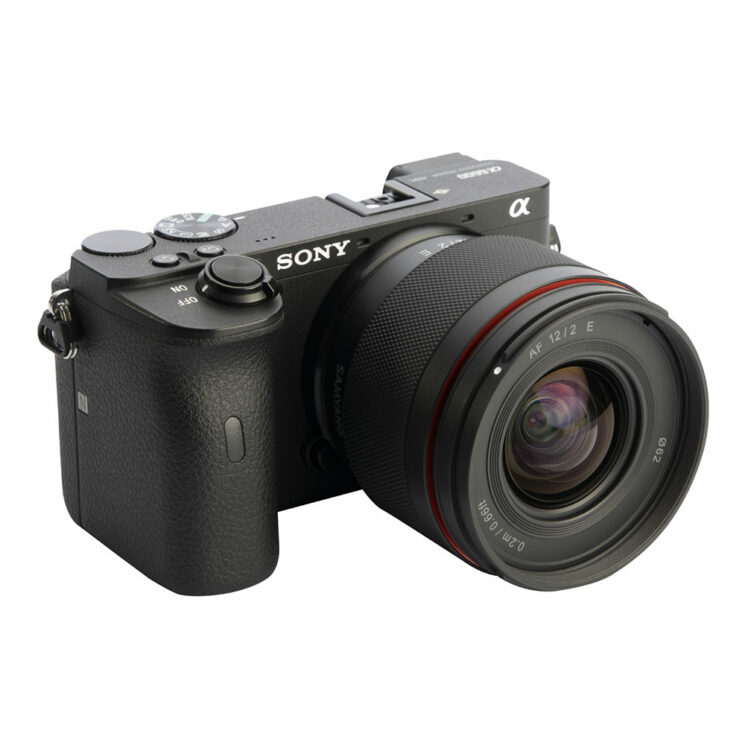 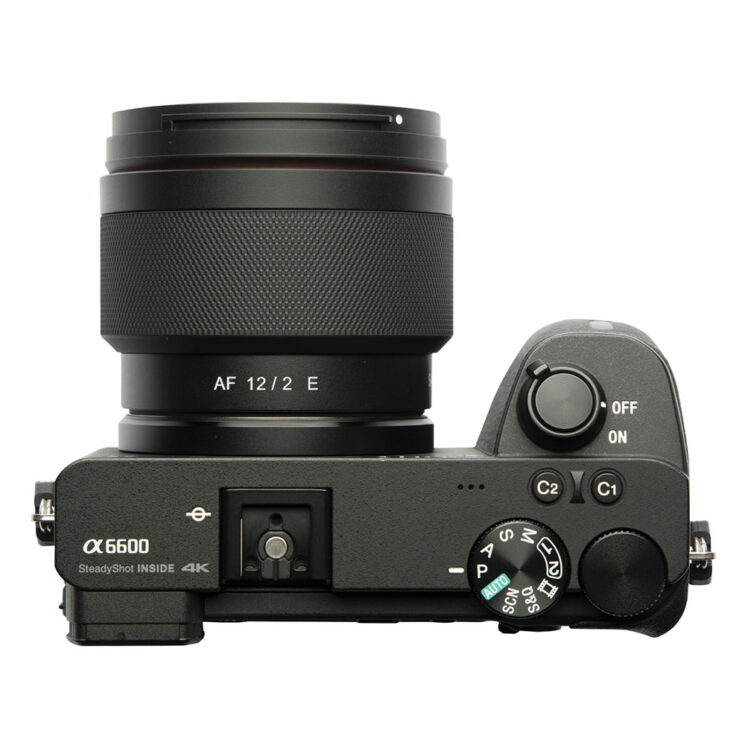 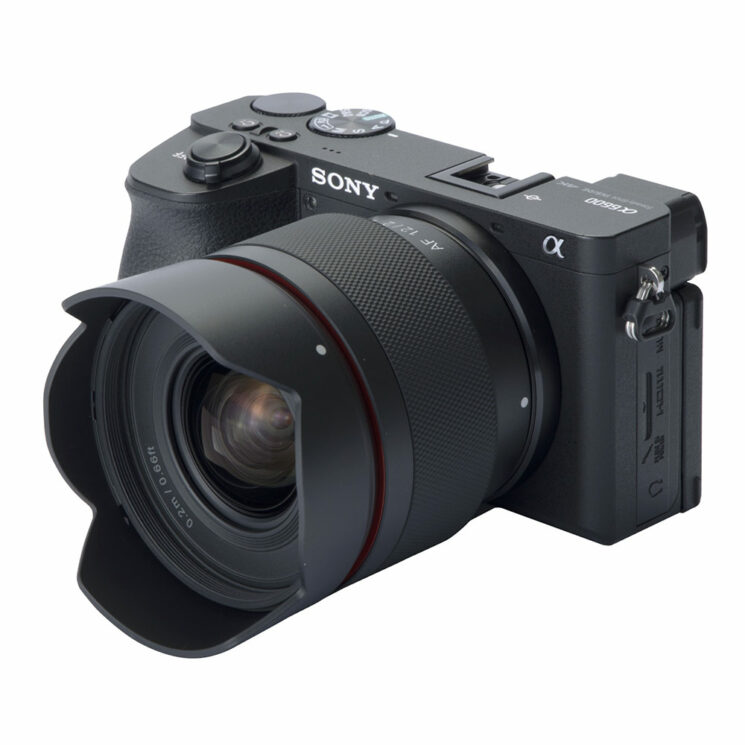 Samyang says the autofocus system within the lens is fast and quiet thanks to a newly developed stepper motor. The new STM powered AF system allows a larger focus-lens group to be controlled more quietly and precisely for both photography and video use. The 62mm front filter thread also means you can attach your usual polarisers, variable NDs, square filter holder system or even a matte box (but you might need a stap-up ring when shooting with it in brighter conditions. 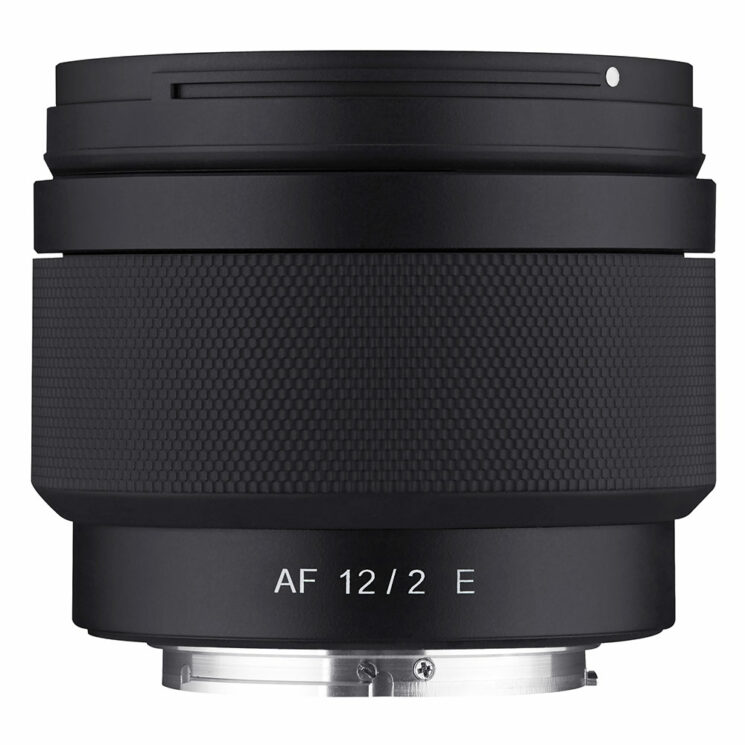 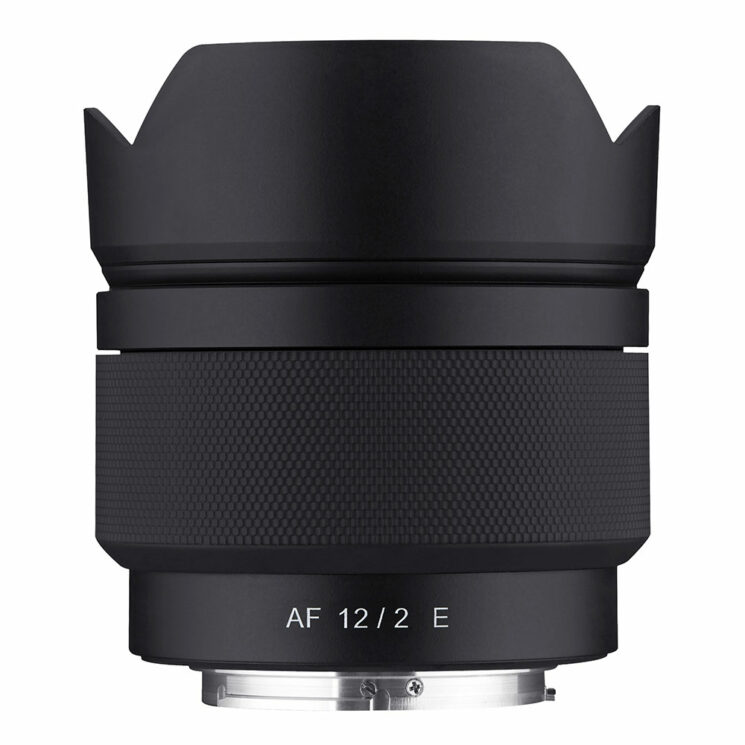 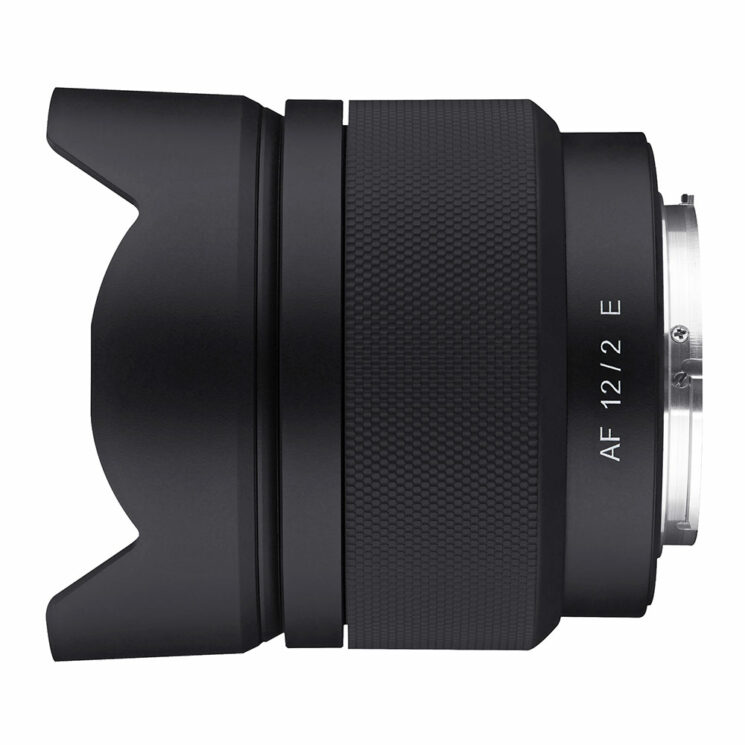 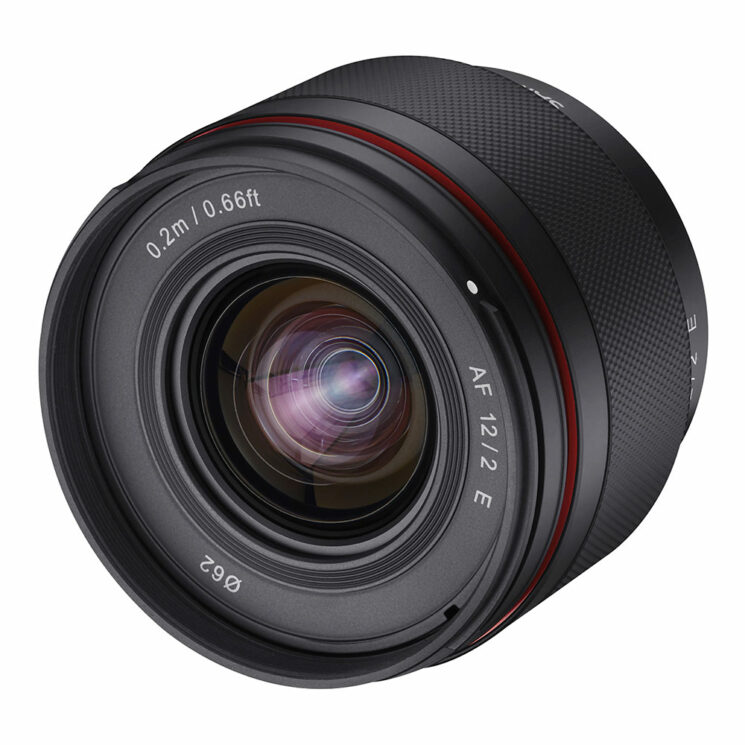 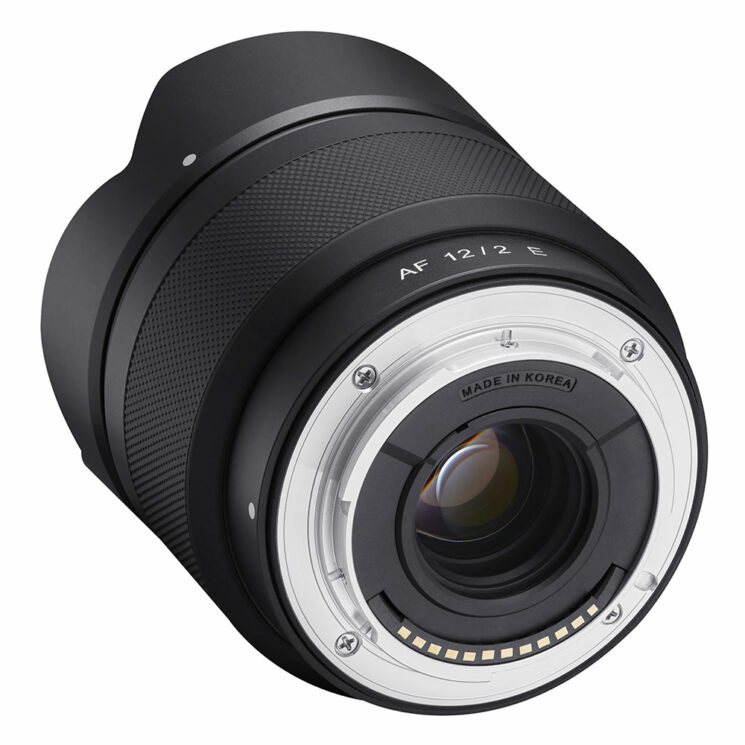