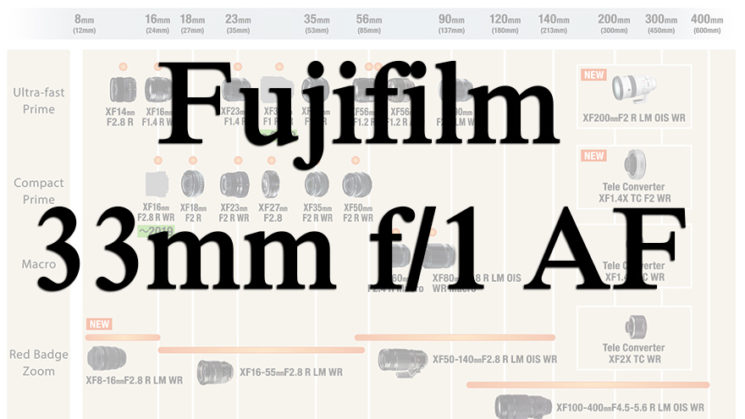 Fujifilm has announced a roadmap of lenses for X series cameras, and it contains a very interesting lens. The company announces the development of 33mm f/1 lens. What’s interesting is that it will have autofocus, which will make it the first lens of its kind. 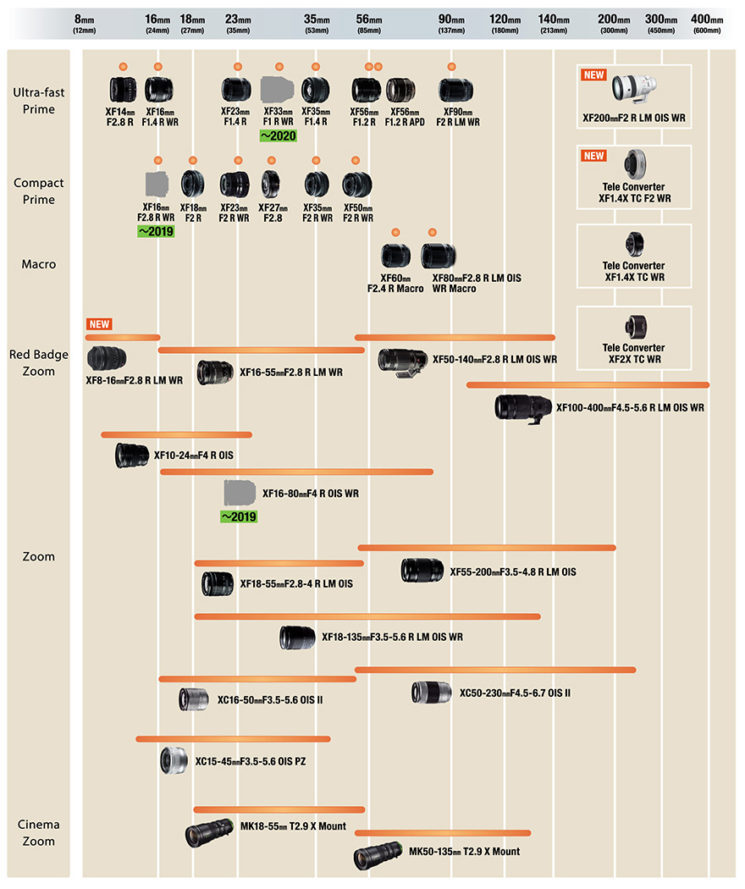 As Alex of FStoppers writes, an f/1 AF lens has been seen before, when Canon introduced a 50mm f/1.0 in 1989. However, it was eventually discontinued and replaced with the 50mm f/1.2L. Super-fast lenses such as f/0.85 or f/0.95 are not a new thing either. However, all of them are manual focus lenses. If Fujifilm releases the planned 33mm f/1 lens, it will be the first of its kind. I’m sure that after 30 years of technological development, it will perform better than Canon’s 1989 attempt.

« DIYP reviews the Novoo AC power bank – A location shooter’s best friend
Be careful what you post on social media, it can ruin your business »