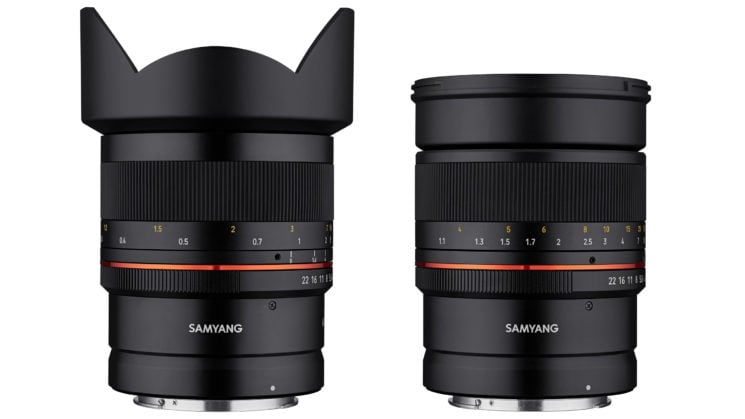 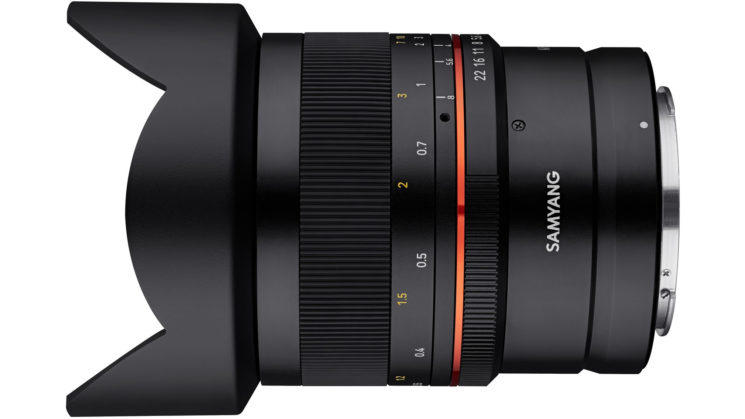 This manual focus lens appears to be of a slightly new design. Externally, it doesn’t resemble any of the other 14mm lenses in Samyang’s product range, however the Samyang 14mm f/2.8 ED AS IF UMC lens for Canon EF also contains 14 elements in 10 groups, with the same minimum focus distance.

If it is indeed the same internals as the EF version of the lens, then it’ll have to be released at a good price in order to compete, otherwise you’d be better off just getting the EF version and using the EF to RF lens adapter, given that it’s a manual focus lens anyway, and you don’t have to worry about autofocus speed or compatibility. 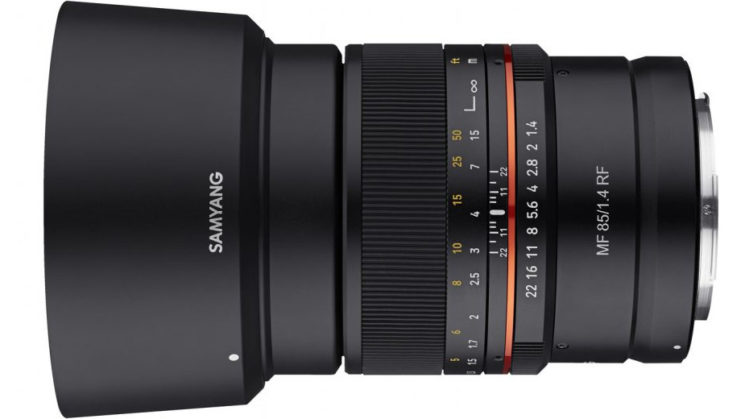 Samyang hasn’t really posted many details about this lens so far. In fact, the only thing they’ve released that we couldn’t figure out from the name of the thing is the arrangement of the optics.

However, while it might be a slight external redesign, internally, it may simply be the existing Samyang 85mm f/1.4 Aspherical Lens, as it also contains 9 elements in 7 groups. So, we can probably assume that the minimum aperture will be f/22, that it will have a minimum focus distance of 1 metre (3.28′) and 8 diaphragm blades.

Again, the 85mm f/1.4 EF is another low budget lens in Samyang’s lineup at $229 for Canon. So, the new 85mm f/1.4 RF lens will need to come in at a similar price point in order to compete with their own EF lenses. Being manual focus, there’s really no advantage to going native mount vs an adapter unless the cost savings make it worth it.

Both the 14mm f/2.8 and 85mm f/1.4 lenses contain coated lens elements and are weather sealed, including rings to fight against rain and snow.

There’s no word on actual prices yet, nor when they will be released, but that information is expected to be coming shortly. We’ll update this post as we find out more. Both lenses will be on display at the CP+ show in Tokyo, opening today.

« This is how flying a drone in a foreign country can put you in jail
Want to take your social media to the next level? Then you’d better call Paul [NSFW Language] »