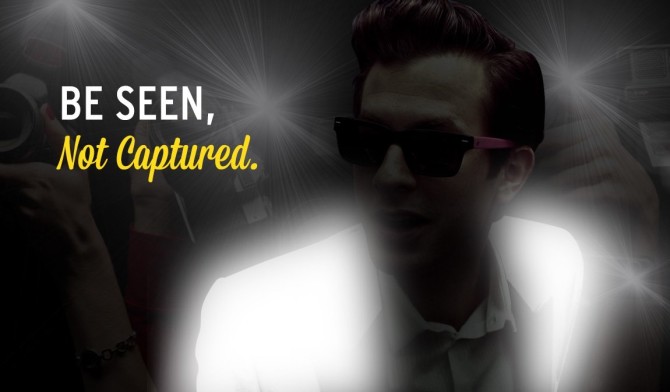 The paparazzi can be a pain in the butt if you’re a celebrity, assuming you didn’t call them on yourself, but a line of concept clothing is threatening to fight back.

The brainchild of Chris Holmes, who you might have seen DJing for Sir Paul McCartney, the Anti-Paparazzi Collection consists of clothes designed to bounce back the paparazzo’s flash and overexpose the photos. The flash-back is attained thanks to the reflective threads of which the clothes are made.

Holmes says he first noticed this phenomenon after wearing reflective clothing to his performances, where the bouncing flashes ruined all the photos taken of him.

He explains how he got the idea to create the flashy outfits:

“While I wasn’t thrilled that many of these photos were ruined because of my clothing, it gave me the epiphany that perhaps I could use this technology for a greater purpose. That’s what lead me to create the Anti-Paparazzi Collection, which uses reflective threads to render paparazzi-shot photos worthless — perfect for those who don’t want their picture taken.” 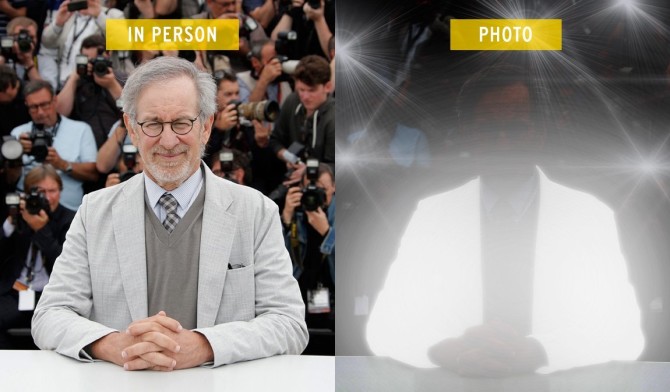 If any celebs or privacy freaks are reading this, don’t get too excited just yet. The Anti-Paparazzi Collection is not available at the moment. The concept clothes are featured on Betabrand, an online clothing community where new ideas get voted into existence. So, if you’d like to increase the chances of Holmes’ idea materializing go ahead and vote for it. 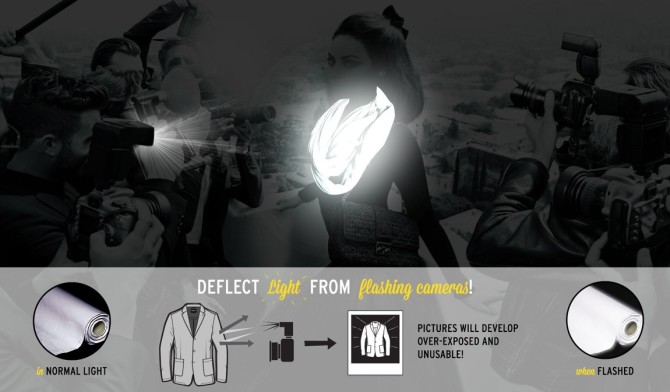 Should Holmes receive sufficient votes, the initial run will include a hoodie, infinity scarf and a blazer, though he welcomes suggestions for additional items. 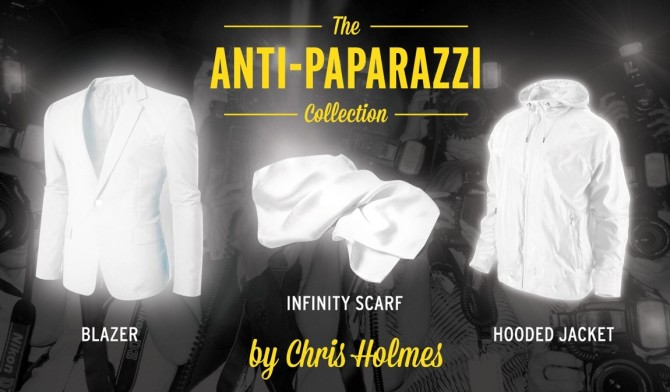 The reflective clothes are not the first products created to thwart paparazzi.

The Camoflash, an anti-paparazzi clutch bag, detects a camera flash and uses an array of LEDs to overexpose the sensor. On a much larger scale, Roman Abramovich’s mega-yacht it said to have an anti-paparazzi system that detects the sensors of digital cameras and blasts them with an infrared beam.

Both these solutions have their limitations and will work only under very specific conditions (some say the laser system isn’t effective at all), so it will be interesting to see how the reflective clothing comes along.

[via Betabrand via Laughing Squid]