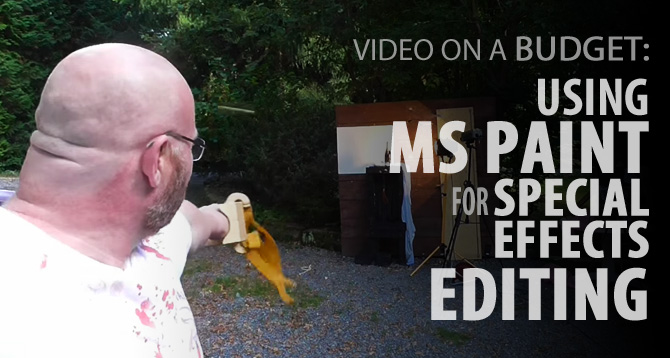 As a kid, I liked my slingshot and spent many hours practicing with a variety of ammo. However, as an adult, Joerg Sprave is nothing short of absolutely obsessed with slingshots and launchers, and his (currently) 553,302 YouTube subscribers are a testament to that fact. From high-powered, more traditional slingshots to lethal monstrosities that launch saw blades and decapitating arrows, Joerg knows how to have a good time.

So, what does a mad wood-and-rubber-band scientist do when a test goes awry and he gets nailed in the head with a fast-flying, half-inch steel ball on camera? He posts it online for the world to see, obviously! The video looks incredibly painful, but, after a little digging, I uncovered the truth. The truth of the matter is, Joerg used a little ingenuity, visual slight-of-hand, and cheap-ass-MS-Paint-wizardry to deceive the world (give or take a few billion souls). Let’s see how he did it…

The Slight of Hand 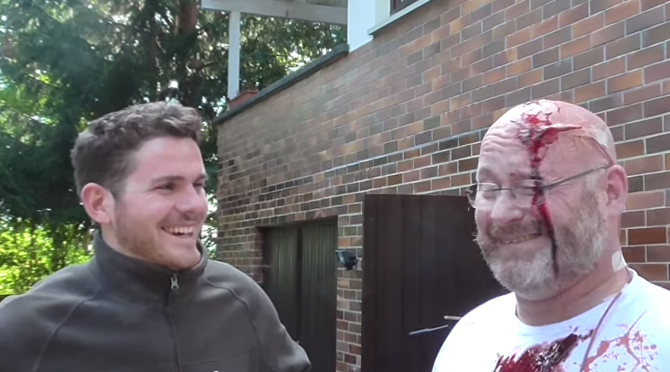 Working with a friend, Joerg rigged up some prosthetics and artificial blood to create the wound. The bleeding wound in the original video does look a little fake, but, to those wincing in sympathetic pain, it probably went unnoticed.

The real fun is when Joerg, in a followup video, details how he created the fake footage using basic video editing software and MS Paint. Yes, MS Paint, the free Windows program that made us feel like we were all graphic designers in 1995. 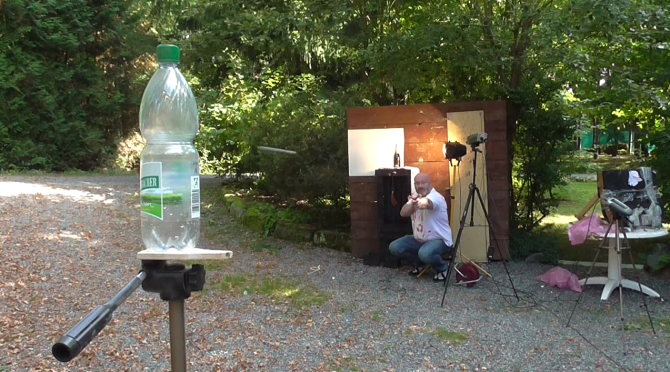 After shooting the base footage in which he destroys a couple bottles with steel balls, Joerg shot a second layer of footage shooting towards the camera to create the ricochet. However, being unable to get the ball to appear right where he wanted it, he took the frames into MS Paint and positioned the streaking projectile exactly where it needed to be to create the effect. 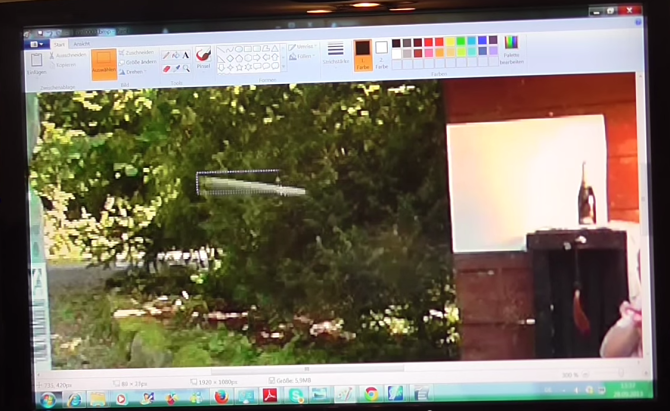 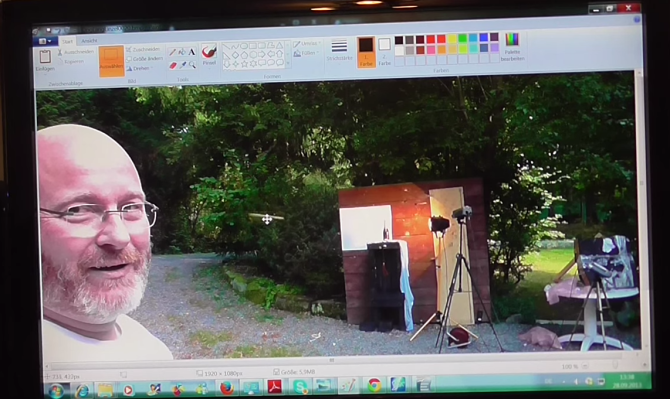 Watch the “Making Of”

In this video Joerg details how he faked his own severe injury using these simple tools and techniques.

In an industry where the latest and greatest is often pushed as the answer to all of our problems, sometimes simple ingenuity can go a long way in achieving the results we want. What’s the most creative way that you have used budget software?

This DIY setup gives you trippy lighting effects on a budget