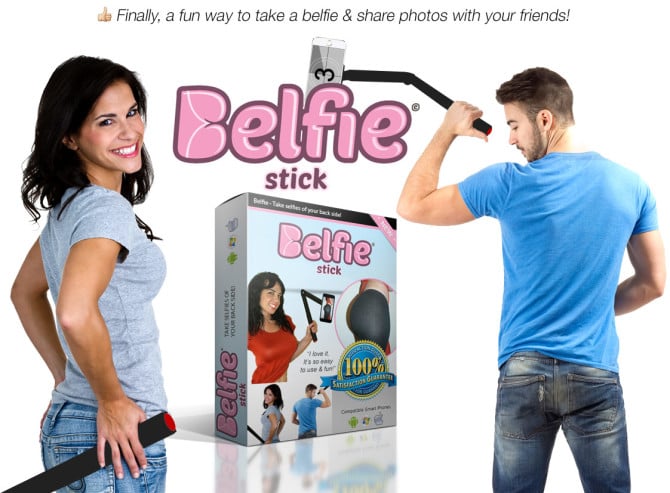 I’m sure you’ve all heard of the selfie stick, and based on the huge quantities sold most of you probably own one, but you don’t have one of these.

Popularized in late 2013 by Kim Kardashian, the belfie (butt selfie) is regarded as an expert-level self-portrait, to be attempted only by those who posses copious amounts of experience and a keen eye for selfie composition.

If you’ve ever tried taking a belfie, and feel free not to try if you haven’t, you’ll know that a good one is not an easy feat to accomplish. That is about to change.

Enter (or leave us alone before you even arrive) the camera accessory every (or no) person should carry at all times (or never) – the Belfie Stick.

I’m not sure if we live in wonderful times where we have the freedom to invest time and money in the silliest ideas, or if this is taking us one step closer to the end of humanity. Either way, taking photos of your butt just got a whole lot easier.

With an extendable arm, bendable stick, Bluetooth button and compatibility with iOS, Android and Windows Phone, it seems like quite a bit of effort has been invested in designing this new gadget.

The Belfie Stick was invented by the people behind ON.com, a social network that seems to be comprised mainly of selfies, and apparently there’s a market for such a product. 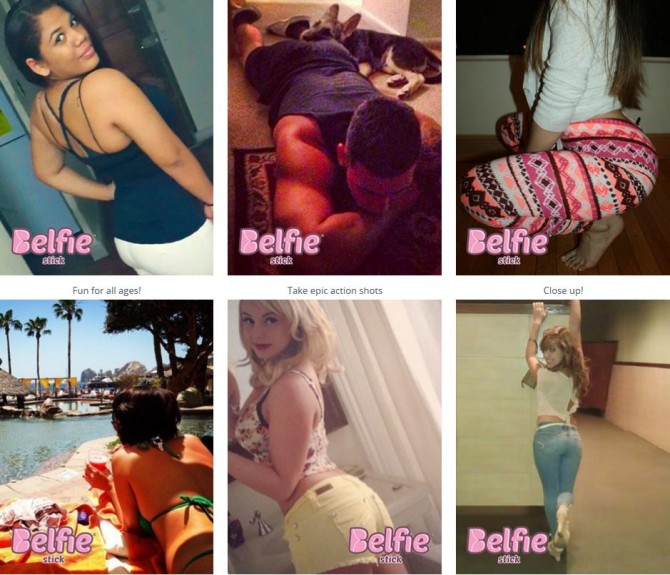 “Our users are our biggest indicator of selfie trends being that it’s the type of photo they post most often. We’ve noticed a huge spike in users taking butt selfies in recent months so the natural next step was for us to develop a device to assist our users in taking one.”

Further verifying the demand for such a product, ON.com is said to have polled 10,000 of their users and found that despite many peoples’ desire to share their bottom with the world, they were unable to get the coveted shot. Did I not mention this is an expert-level undertaking?

I probably lost a few readers the second I added a link to the Belfie Stick site, but they will be back just a soon as they realize that the new gadget is already out of stock. Fear not, supplies will be replenished and you can pre-order the stick, ensuring you’ll be the first of your friends to share professional-grade belfies. You will be paying an arm and a leg, however, for your butt shots, as the stick carries a hefty $79.99 price tag. 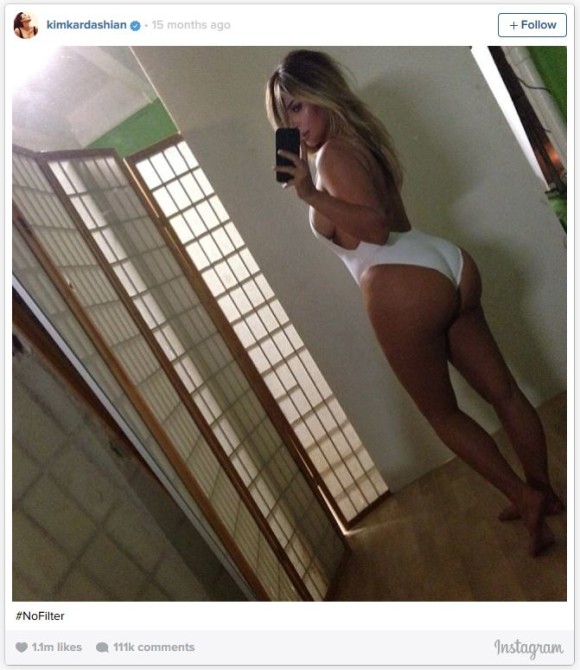 Kim Kardashian, television personality and belfie master, doesn’t need a stick. You do.

Similarly to how the selfie became more widespread with the introduction of the selfie stick, one can only imagine where we will start seeing belfies being taken.