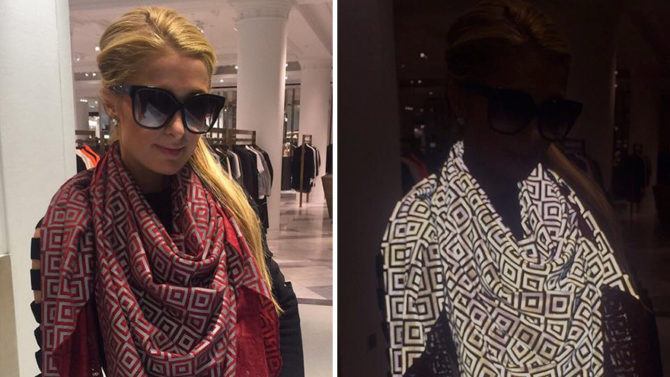 It’s a neat idea.  Anti-paparazzi clothing.  Clothes that makes photographing you a fruitless exercise.  The idea first came up at the beginning of last year, when Chris Holmes came up with the Anti-Paparazzi Collection.  This recently popular version has been made by ISHU.

It’s a fairly simple concept, that works on exactly the same principles as signs on the highway that shine bright in your car’s headlights, or Hi-Vis clothing to help cyclists and pedestrians be seen when out in the dark.  For those applications, it works brilliantly.

It sort of works in this instance, too, except that it’s beaten by one simple flick of a switch as the photographer turns off their flash – as proven by their own “before and after” style sample photos. 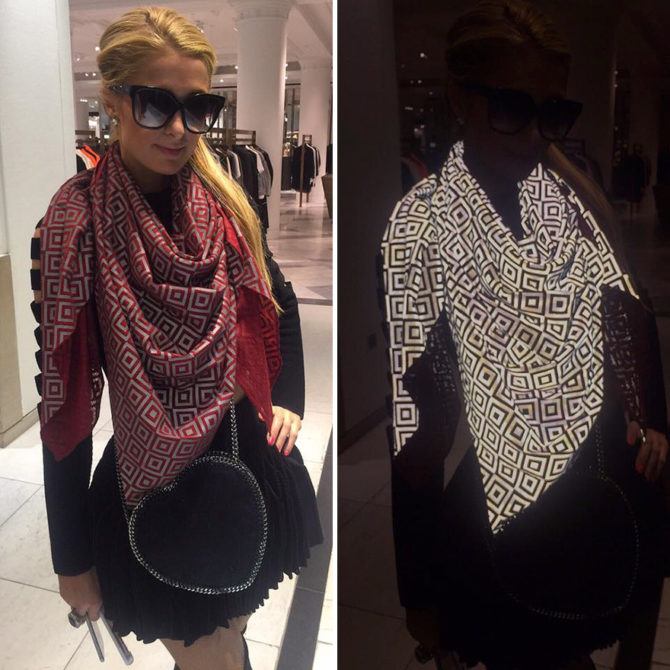 Ok, so perhaps most paparazzi are going want to use flash whenever possible, especially in the evening, but I do wonder if this isn’t simply going to make the paps hound them even more.

I mean, imagine you’re a paparazzi, you bring your camera up to your eye, you get a couple of shots, you start to wander off and check the images on your LCD, realise they’ve been ruined by the “Anti-pap” clothing.  Are you just going to say “Well, shucks!” and move on?

Probably not.  Chances are they’d just turn off the flash, knock the ISO up a bit, and go back to shoot a few more, check the LCD, ramp the ISO all the way up, and keep shooting, whereas it would’ve been over long ago if they hadn’t been wearing such flash-preventing clothes. 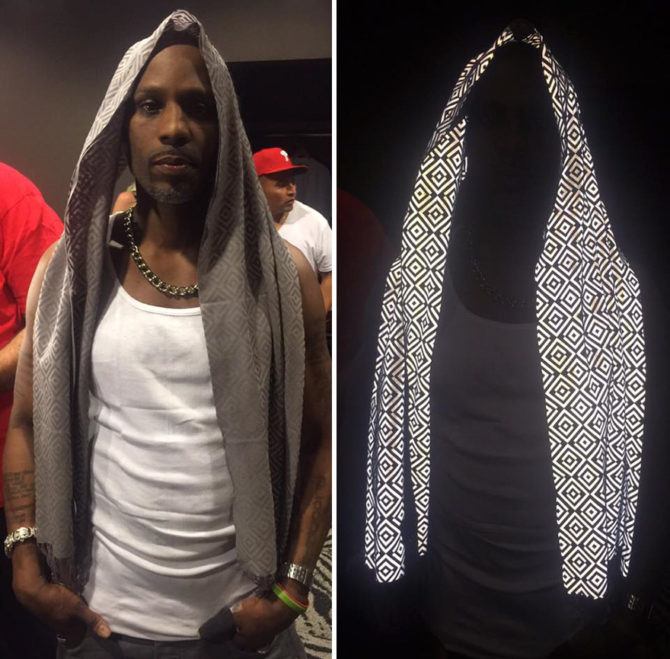 I think as more paparazzi become aware of such clothing, especially given the ridiculous ISO performance available today in cameras like the Nikon D5, that more will simply recognise the clothes before they’ve even thought about taking a shot, then turn off the flash, and ramp up the ISO in advance when needed.

In the daytime, where they generally won’t be using flash anyway, it’s already a non-issue.

As expected, it also works with video when using a light on the camera and auto-exposure turned on (which is probably 99% of the people who’d stop them in the street to ask if they can shoot a selfie with their phone).

Like I said at the start, it’s a neat idea.  I’m just not sure how useful it’s actually going to be in the real world, and whether it will indeed deter photographers from shooting their pictures, or just make them more persistent.

Turn an old, silk scarf into a stylish camera strap