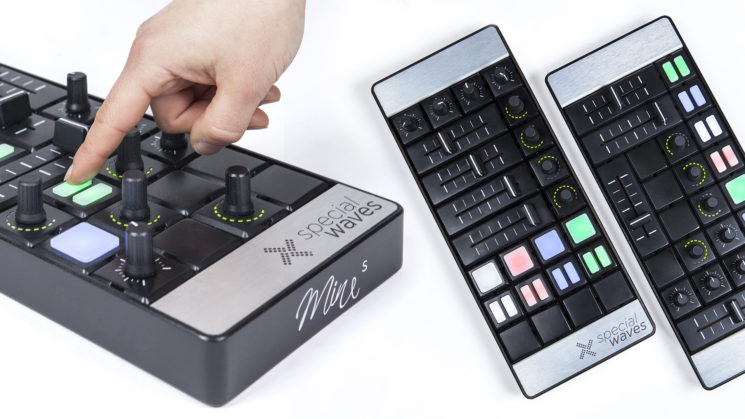 The Mine S bills itself as “the world’s most versatile modular MIDI controller”.  And while it’s primarily designed for the lights of DJs, VJs, producers, lighting techs and musicians, MIDI controllers also offer advantages for photographers and video editors, too. It’s currently running on Indiegogo, it’s 150% funded with a week still to go.

The Mine S is a case that can accommodate up to 32 modules. There are several modules available for the Mine S which use one or more of those module slots. Knobs and buttons use one, while sliders use three. But you can plug them in just about anywhere you like.

Mine S comes with their own Controller Editor Software, which they say is compatible with most music, VJ, laser, show and lighting applications, but they don’t say much about desktop software like Lightroom, Photoshop, Premiere Pro or DaVinci Resolve. Although some of the promo images do clearly show it in use with Premiere Pro – the campaign does say that Adobe integrations are still in development, though. 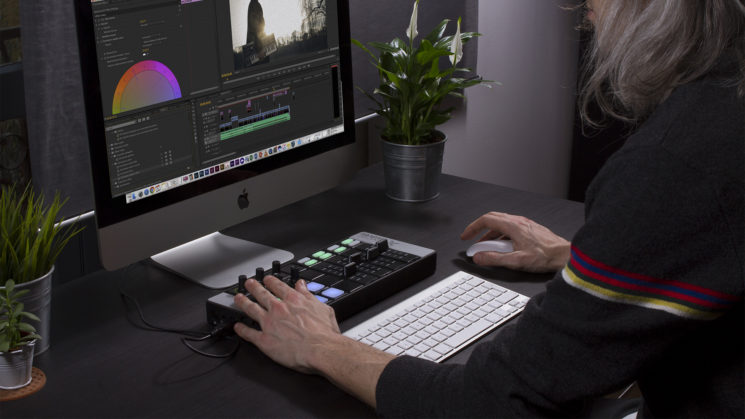 But the software detects the position and orientation of each module automatically and will also remember each module setup. So, if you move a module from one position on the board to another, it’ll remember what it did in its new location. The software can also detect multiple Mine S units if one isn’t enough for you.

The idea of using MIDI controllers for things like Lightroom or video editing is not a new one. But there aren’t any MIDI devices out there that can tailor to that specific purpose. Of course, there are other devices like Palette Gear and the Loupedeck+, so MIDI controllers aren’t the only option these days.

The Loupedeck+ is pretty set with its buttons. You can configure them in software, but you can’t swap knobs out for sliders and such. You can with the Palette Gear, though, and you’re not really limited to a certain number of knobs, buttons and sliders.

The retail price on the basic Mine S package will be $569, but right now you can back it on the Indiegogo campaign for only $285. With Adobe integration still in development at the moment, though, and no mention at all of DaVinci Resolve, it’s going to be a tough sell for photographers and video editors. Even at the reduced IGG prices. Adobe integration could be a year or more away, or it might never come at all if they run into unforeseen stumbling blocks along the way.

So, back this one at your peril. If you want to find out more about the Mine S, though, head on over to Indiegogo.

Who Is More Fit, Photographers Or Editors?

« Panasonic’s new 6K S1H L Mount mirrorless camera is more than just a full frame GH5
Somebody’s selling a lens that doesn’t exist on Yahoo Auctions Japan – and they have photos of it! »