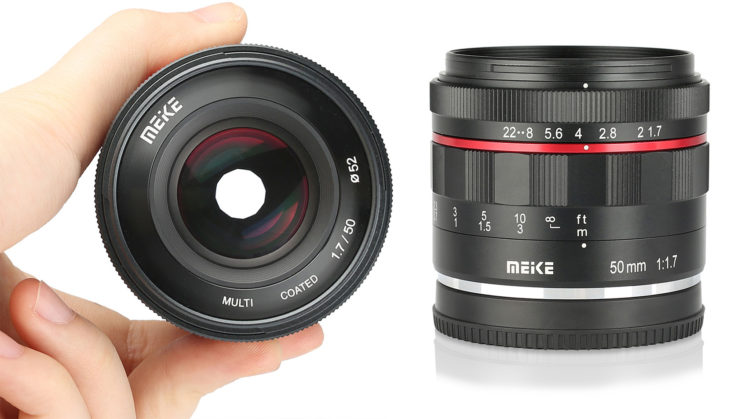 So far, most of the lenses announced or expected for the Nikon Z and Canon RF mount systems have been quite pricey. Meike, a company famous for making low budget camera grips for DSLRs and mirrorless cameras, sees things a little differently, though. The company has now announced that their 50mm f/1.7 manual focus lens is coming for Nikon Z and Canon RF mount cameras. 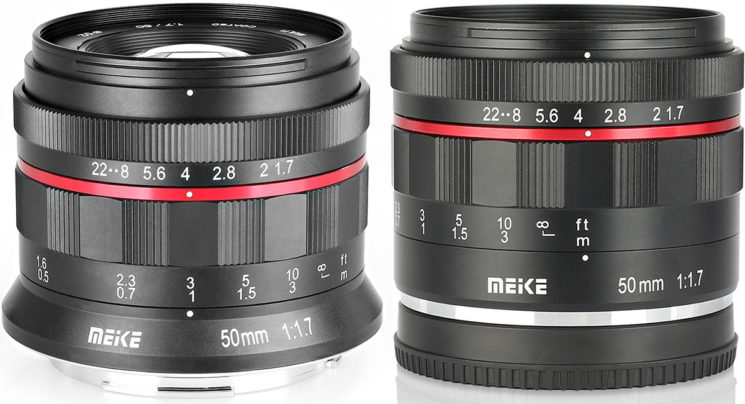 The new lens is a fixed 50mm focal length with a maximum aperture of f/1.7.

The lens features brushed metal construction with, metal bayonet mount, weather sealing and multi-layer nano optical coatings, according to the description on the Meike website. So, in theory, it should be able to stand up to some fairly harsh treatment, while minimising flare and ghosting. On an $80 lens, though, I probably wouldn’t get your hopes up too high.

Meike’s 50mm f/1.7 was originally launched for Sony E mount cameras, back in May 2018. Although the price has dropped a little from $130 to $110. It’s also available for Fuji X series cameras, too, at the same price. As a manual focus lens, it probably didn’t take much re-engineering to make it fit Nikon Z and Canon RF.

Exact pricing and availability are yet to be announced, although I would expect them to be about the same price as the existing Sony & Fuji versions.