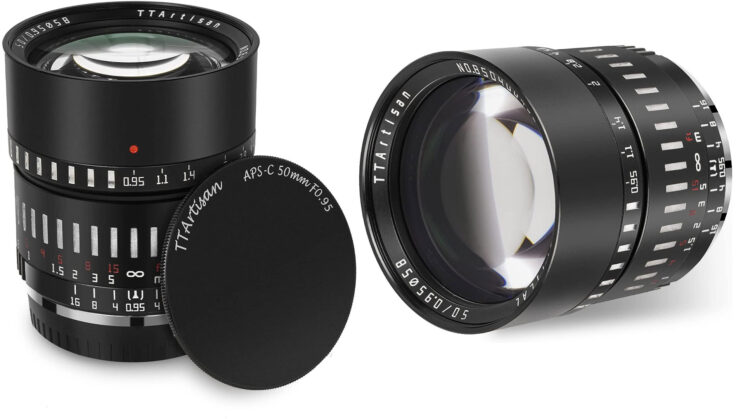 TTArtisan has released their new 50mm f/0.95 lens for APS-C mirrorless cameras. Like most of TTArtisan’s lenses, this is a manual focus lens and when used on an APS-C body, it offers a field of view equivalent to that of a 75mm lens on a full-frame body. The fast f/0.95 aperture allows for shooting in very low light conditions. It also offers a very shallow depth of field that’s particularly well suited to portraits.

For APS-C mirrorless cameras, this low-budget $218 lens is available in Fuji X, Sony E and Nikon Z mounts. There’s also a Micro Four Thirds version, which gives the equivalent field of view to that of 100mm on full-frame due to the 2x crop factor of the MFT system. From looking at the product page on the TTArtisan website, it appears versions will also come for Canon EF-M and RF mounts as well as L mount.

This isn’t the first 50mm f/0.95 lens that TTArtisan has released or even the first APS-C 50mm f/0.95. They actually released one way back in 2020, but it was a limited run of only 20 units per mount. And it appears that this is a very different lens. The outward appearance is very different and the old lens had 12 elements in 7 groups. The new one has 8 elements in 6 groups. So, definitely a very different optical design. It’s also had the aperture blades dropped from 12 to 10.

The new lens features all-metal construction for maximum durability with engraved depth of field and focus scales. It has an odd “creative” screw-on lens cap, rather than the traditional click action that’s worked just fine for a number of decades now. TTArtisan says it’s convenient, but I’m not so sure, especially if you’ve got filters on there, too. Screwing down a lens cap and risking screwing down your filters so tight that they’re virtually impossible to get off is not a good thing. Neither is accidentally unscrewing your filter when you just mean to remove the lens cap. Fortunately, generic lens caps are pretty cheap to buy separately. 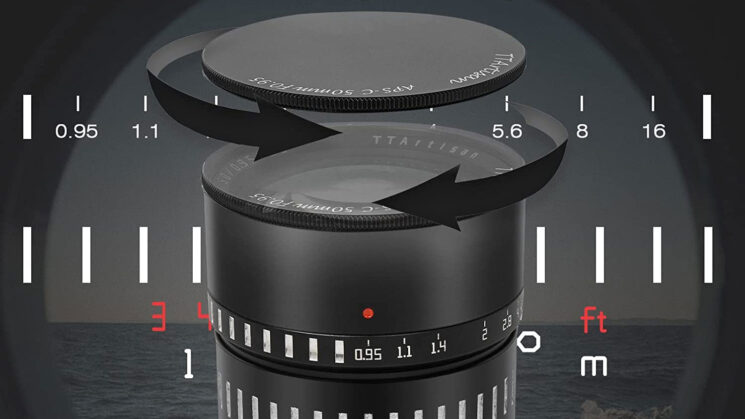 There’s no mention of any kind of weather sealing, although TTArtisan says that the optical elements do feature multi-layer coatings to reduce flare and ghosting while producing greater contrast and improved colour accuracy while shooting in tough lighting conditions. The aperture is clicked (sorry, video shooters) and the lens weighs 411g, so it’s a bit of a lump (although not quite as much of a lump as the older Limited Edition TTArtisan 50mm f/0.95).

The TTArtisan 50mm f/0.95 is available to pre-order now for $218 in Fuji X, Sony E, Nikon Z and Micro Four Thirds mount versions. The Fuji and Sony ones are expected to ship in early June while the Nikon and MFT versions should ship late June or early July. No word on when the Canon EF-M/RF or L mount versions are coming yet.

« Canon EOS R3: The art of moving forward
Photographers, get ready for the first 2022 Blood moon this month »