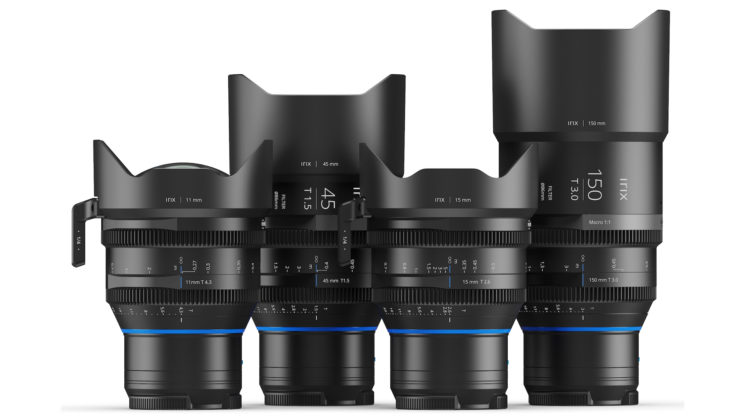 Irix has finally announced that their 11mm T4.3, 15mm T2.6, 45mm T1.5 and 150mm T3.0 Cine lenses are now available for Canon RF, Nikon Z and Leica L mount camera systems. Until now, these lenses had only been available in Canon EF, Sony E, Arri PL and Micro Four Thirds mounts. The Irix Cine lenses are based on their popular photography lenses, some of which we’ve reviewed here on DIYP before.

The optical formula of all four lenses remains identical to the existing models, however, they’ve been modified to fit the current crop of full-frame mirrorless mounts without the need for adapters.

You might be forgiven for wondering “what? why?”. I mean, after all, like all cine lenses, they’re manual focus lenses. So it’s not like there needs to be communication for autofocus capabilities. There’s no aperture control from the camera body, either. That’s also on a ring fixed to the lens. And, well, there isn’t really much EXIF data to exchange between the camera and lens when shooting video like there is with stills. So, what’s the point? Why not just use an adapter?

Primarily, it helps to remove that slight bit of play you get whenever you add an adapter in between your camera and lens. There’s already a little tiny bit of play even when connecting a lens directly to a camera, but when you add in an adapter (especially one of the many inexpensive ones out there on eBayland) it doubles (or more) the amount of play you can get – which affects how much you have to turn the focus ring before you actually start to see a change in the focus distance.

If you’re using a follow focus wheel or a motorised focus motor, this means that you might not actually get reliable and consistent focus pulls. Sometimes, after rotating the focus one way the ring (and the lens) need to rotate a little the other way before it’ll start moving the focus back again. Taking the adapter out of the equation eliminates that issue (or at least helps to massively reduce it).

Irix says their line of cine lenses are “ready to work in 8K resolution”, but it’s only going to be the Canon RF mount shooters who can test that theory right now – if they happen to own an EOS R5. Although, admittedly, they won’t be able to test it for very long. I’m looking forward to seeing some EOS R5 shooters putting that claim to the test once these start getting into peoples hands.

So, if you’ve been thinking about picking up some Irix cine lenses for your Nikon Z, Canon RF or Panasonic/Sigma/Leica L mount camera, but didn’t want to deal with adapters… Well, now you don’t have to.

All of the lenses are available in the new mounts right now from the Irix website and they should be appearing at the usual retailers soon.