IRIX is a really impressive lens manufacturer that makes great lenses at affordable prices. Although they have been quiet for a while, after reviewing this lens, I can say that it was worth the wait. Today’s review goes over the IRIX 30 mm, their brand-new addition to their Cine lineup of lenses. It is a fascinating lens, to say the least, and there have been some improvements over previous generations that make the wait well worth it. 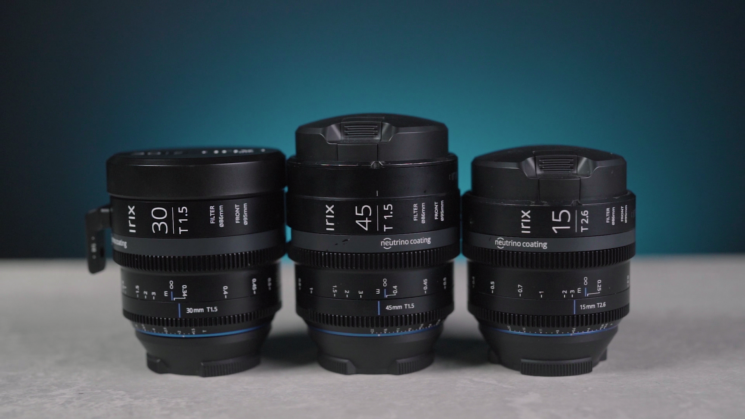 Let’s address the elephant in the room. Why 30mm? I don’t know why exactly. What I do know is that it sits perfectly between the rest of the lenses available to IRIX.  Five millimeters might not seem like a lot, but as someone who can go the whole day with just a 50 and a 24, I ended up LOVING the focal length. In addition, it addresses an issue I had with the lineup before. You can now own and operate a set of IRIX as a professional. Up till now, the gaps between 15mm and 45mm (reviewed here and here) and 45mm and 150mm were just too big to commit. Now the gap is filled on one side of the spectrum and filming with a full set of IRIX PLs is now attainable. 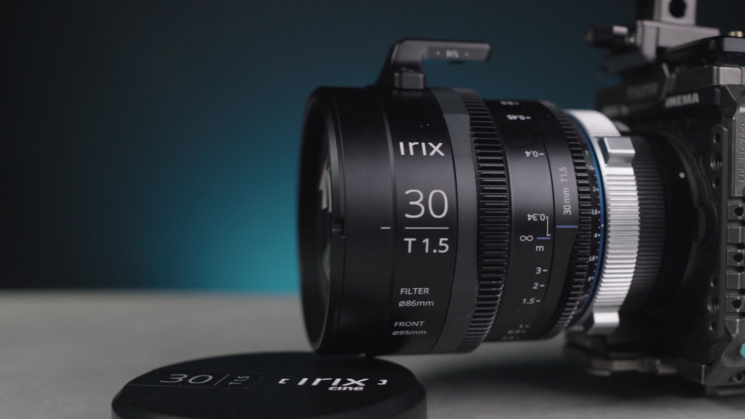 The lens weighs about 1100 grams, and it comes with all the things you would expect from a high-end lens… and more. It comes in virtually every flavor of mount you want, it has a long focus throw with standard,8 pitch mod gears, and the position of the iris and focus are in the same as the rest of the lenses in the set.  Overall the lens has an amazing touch and feel to it. The build quality feels premium. 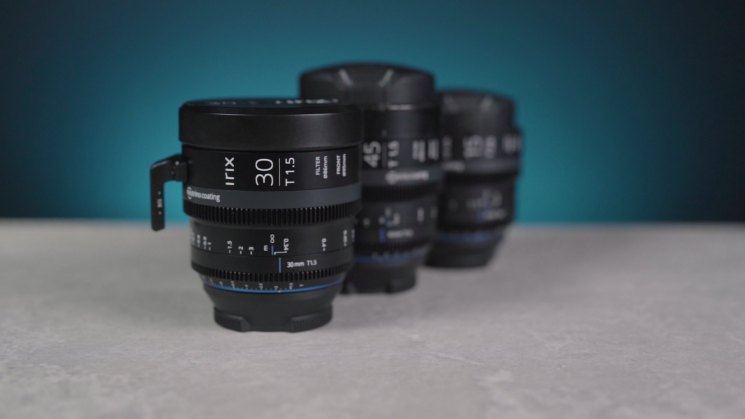 It must be weird to see in a review someone talk about the lens cap. Honestly, I couldn’t be happier to talk about it though. The lens cap isn’t just a huge stride over the previous convex lens cap. The new lens cap is how every lens cap should be made. It has the focal length inscribed into it. It has a nice snug fit on the lens that is borderline kind of difficult (not difficult by any means, but you can’t accidentally drop the lens by picking up the lens cap). 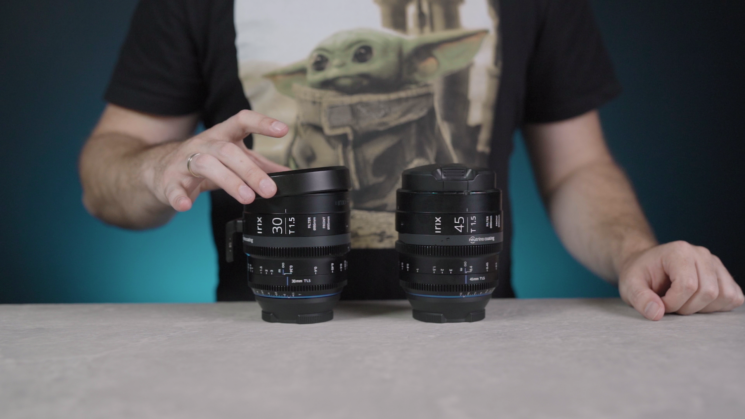 But it’s not about the lens cap as much as what it means about the guys behind the lens. I’m sure it’s hard for a company to change the design of their lenses that they worked hard on to make unique and their own. However, it shows that it’s more important to them to listen to their customers than keep doing the same thing. So 10 points to IRIX for being attentive to their users.

Lens quality is something Irix always excels in and with the 30mm it is no different. The 30mm outperforms its weight class by a mile. The lens boasts a super creamy bokeh that’s almost perfectly circular. This is thanks to its 11 aperture blades which as smooth as butter. The lens is also extremely sharp across the board. Even in our testing with the RED Komodo 6k, it didn’t show any immediate flaws. We thought we were giving the lens a challenge by testing it on a RED, with the RAW codec, at 6k, and cropped into super 35. But it was a piece of cake for the 30mm. 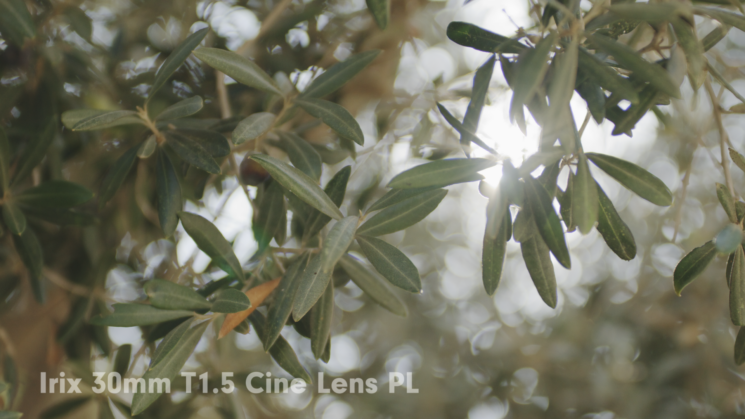 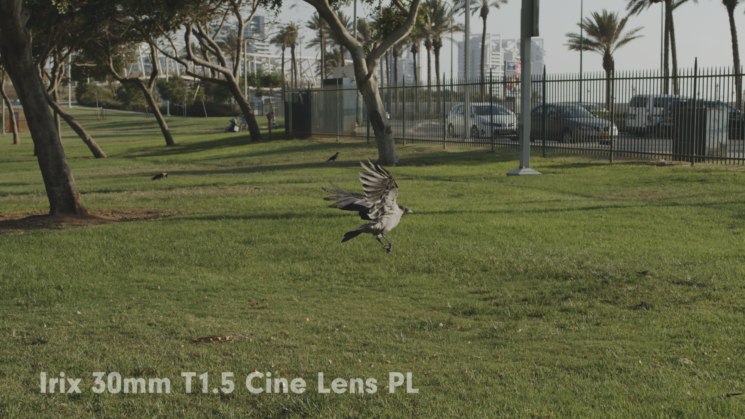 The lens did outstanding. We later found out the lens is actually rated for 8k which suddenly made the test feel like it’s not enough. However, since most people won’t be filming and distributing in 8k any time soon; I think it’s safe to assume that from the 6k results, we have a banger of a lens here. In addition to the sharpness and Bokeh, to add to the look you have beautiful micro-contrast. It is not overpowering but it’s definitely there and it makes the image. 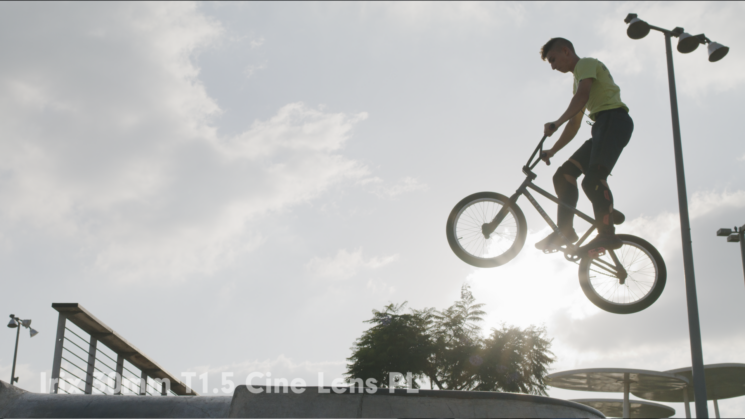 Lastly, I want to mention focus-breathing. It is a crucial component to pro video and IRIX has a firm understanding that the less, the better. The 30mm follows suit with the rest of the line-up having extremely subtle lens breathing the likes of lenses that cost exponentially more.

Every lens has its downside because no lens fits all. Except for the Cooke S4 mini, but those are perfect, as long as money is no object. While the IRIX does check all the boxes for pro lenses on a set, it might not be for everyone. The lens weighs 1kg, which is only a little less than what most 70-200 lenses weigh. Not ideal for full days of shooting handheld.

Speaking of shooting handheld, while your AC (assistant camera or focus puller) might appreciate the extremely long focus throw. However, your shot might get a little bouncy on big focus changes.

Flare control. This one is obviously an issue of taste but I prefer flare heavy lenses with character. If you find yourself disagreeing with me, this lens is going to be amazing for you. The flare control is outstanding and there is little to no ghosting. The lens also retains contrast incredibly well. I personally would have liked it to be a little more interesting like that of the 45mm, or even the 15mm which has a beautiful circular flare with tons of character. 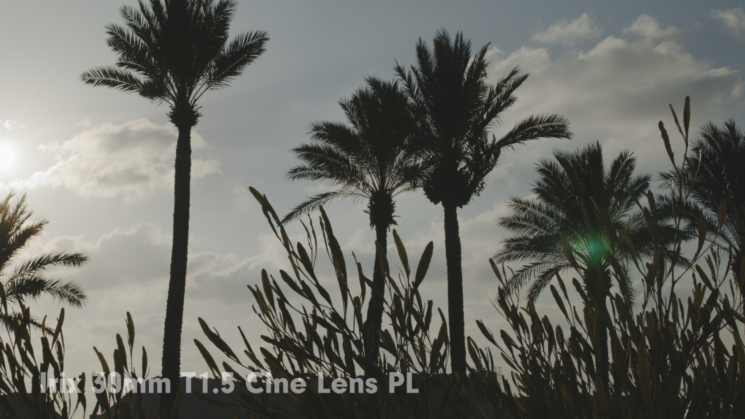 Lastly, and it’s borderline nitpicking at this point, but the magnetic hood system. It doesn’t personally bother me, as much as it conceptually bothers me. I am always hesitant to use the lens hood because its easy to knock off, and I have a tendency to grab the lens from it. I would be more than happy either going back to a regular snappy lens hood or just not using it at all. 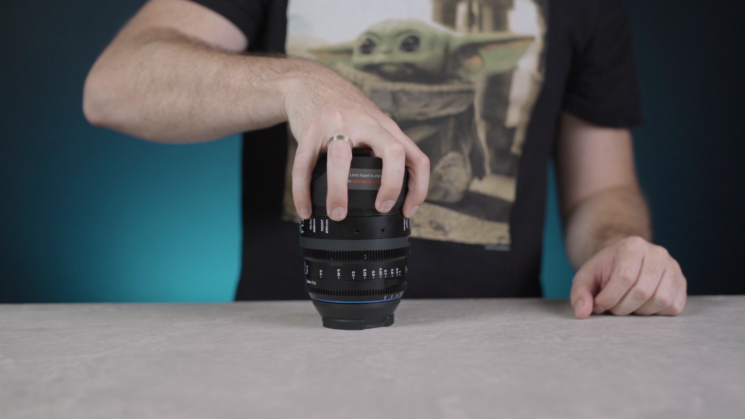 So who should buy the IRIX 30mm? I think any creator or professional building their lens kit for the future should start here. These lenses outperform the competition. At the end of the day, you have to see a lens and like its look and feel. While some people absolutely love Canon FD set, it’s also not for everyone. For me, the IRIX checks all the boxes and it does so without breaking the bank. And for most people price is usually the first determining factor of whether you are buying a lens or not. The lens is available today, and you can have one for about $1200. 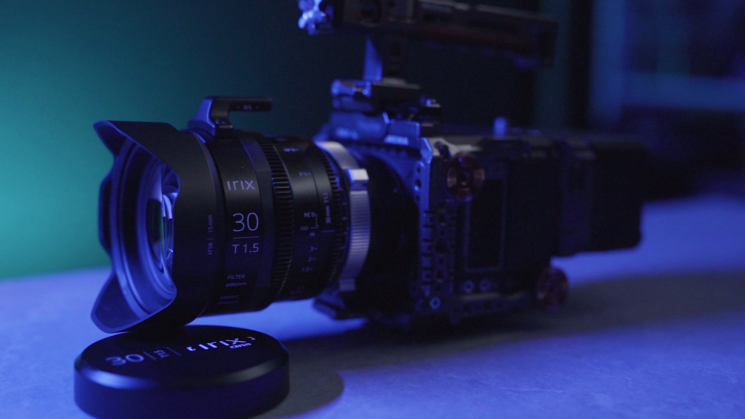 « If you like bugs, macro and timelapse you’ll definitely want to watch “-N- Uprising ‘The Green Reapers'”
This year’s Environmental Photographer of the Year winners paint a bleak future for our planet »