It seems like not too long ago we reviewed the Irix Cine 45mm, and we were blown away by the outstanding performance. Just a couple of months later, we managed to get one of the brand new Irix Cine 15mm T2.6. And Let me tell you, if this is the pace and quality of the lenses, Irix is a force to be reckoned within the industry.

Irix has done well with keeping the lens design very similar to its 45mm counterpart. 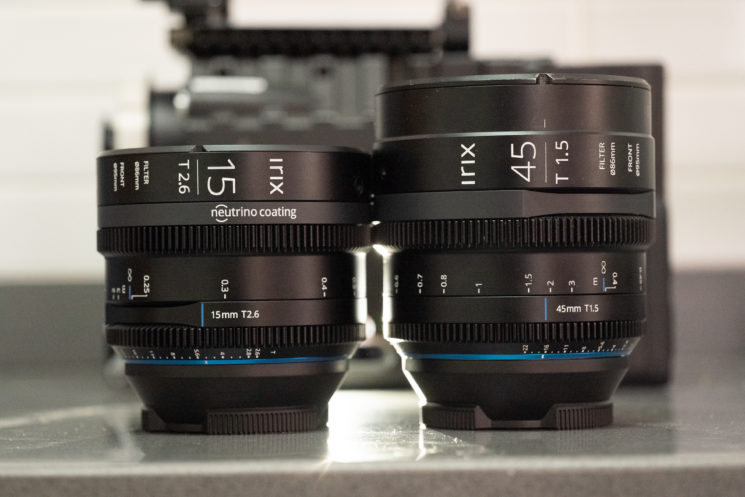 However similar they might be, there are a few differences. They are the same in width. They placed the gears in the same place, which makes swapping rigs during a production easier and readjustment-free. The lenses also weigh almost the same. The Irix 15mm T2.6 Cine is different in a few aspects, though. Firstly, in height. It’s just a tad smaller. But in overall feel when shooting this didn’t seem to make a difference. I think the most outstanding detail is the change in the filter thread. What does this mean in practice? The lens doesn’t have a protruding element like the Irix 11mm T4.3 Cine. (This is a good thing).

Aside from those slight changes, it pretty much follows all of the plus’s and minus’s that we covered in our review of the Irix 45mm T1.5 Cine. Although I will say this: We have come to a verdict regarding the magnetic feature of the lens hood. At first, this seemed like a great idea, easy on, easy off. In practice, it becomes a nuisance while you’re working. In the worst-case scenario, it can also be dangerous. The 15mm, in particular, was hard to pick up from my bag without popping off the lens hood by accident. 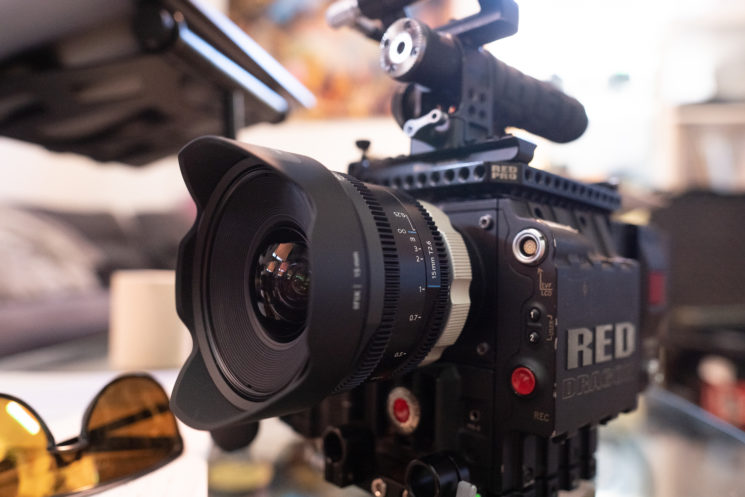 Following the trend with the Irix 45mm Cine lens, the sharpness and colors share similar features. Because it starts at a higher aperture, it’s inherently sharper wide open. It’s nice to know you don’t have to be scared of using your lens wide open, though. Especially when shooting this wide! 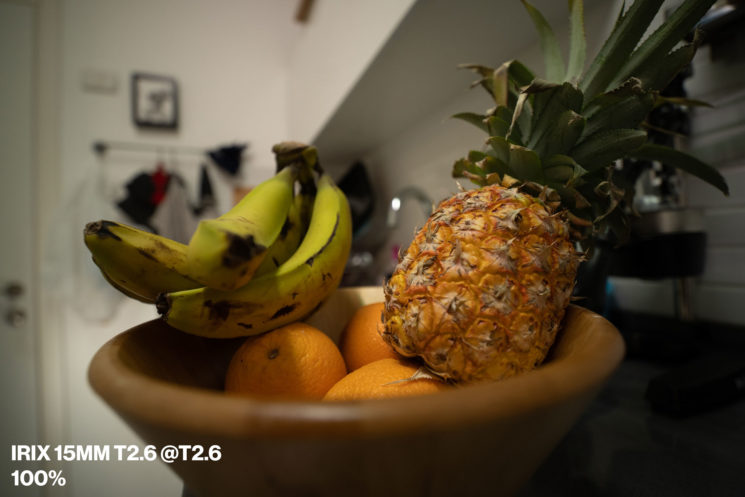 But the real surprise came to me when I was testing for vignetting. Wide lenses tend to have problems with vignetting. The wider the lens, the more vignetting it features. At 15mm, I was expecting a very significant amount. It turns out that this lens handles vignetting like the heavyweights! At 2.6, there is visible vignetting. But, closing just to T4.0, it’s gone; At T5.6, its eliminated almost completely! I was delighted to know that I would not have to stop down to get a nice, bright image across the whole frame. To be honest, after T8.0, everything looks the same to me.

Contrast is similar to the 45 in the sense that it doesn’t have too much micro-contrast. On the other hand – the look and feel of the bokeh is excellent, and it really does follow the character that 45mm has! In the video, you can clearly hear my excitement about the flare. I know it’s not everyone’s “cup of tea.” But if you like the grand-slam-in-your-face flares: then this lens is heaven!

In our review of the 45mm, we mentioned the selling point of the IRIX lens set is the price. (no pun intended). Lenses are one of the most critical items in a filmmaker’s tool kit. Unfortunately, you work your way through a bunch of obstacles while growing your business, and changing lenses is just a part of that. As you mature as a filmmaker, your aspiration for quality increases as well. I wish these lenses were around when I started avoiding photo lenses. The incredible performance and lens selection that Irix is producing is a testament to a bright future for aspiring filmmakers. I can wholeheartedly recommend this lens for being an outstanding piece of glass. For $1,195, you can start building your self a set of robust and professional cine-ware.

IRIX 15mm f/2.4 lens is now available and shipping, but only in Europe