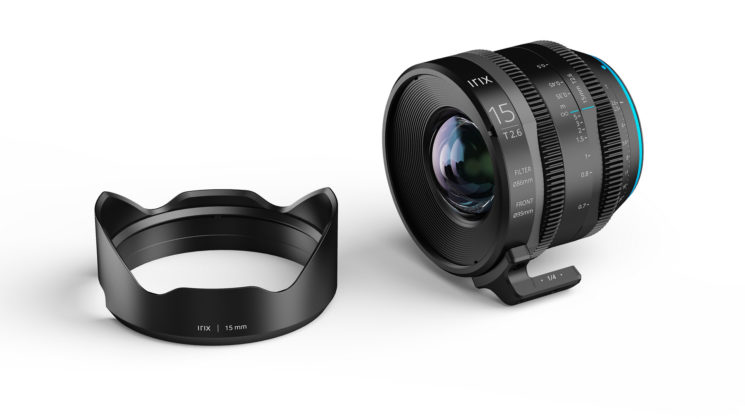 Irix has today announced the addition of the new Irix Cine 15mm T2.6 to their cinema lens lineup. Teased a few days ago, it joins the 11mm T4.3, 45mm T1.5 and 150mm T3.0 Macro lenses in the Irix range of cinema lenses. Irix says that it’s designed for super-high-resolution 8K video, with minimal distortion, and compact and lightweight construction.

Like most cinema lenses, it features built-in toothed gears on the focus and aperture rings for use with follow focus systems and is weather sealed to stand up to a wide range of shooting environments. It’s available in several popular mounts, including Canon EF, Sony E, Micro Four Thirds and PL. 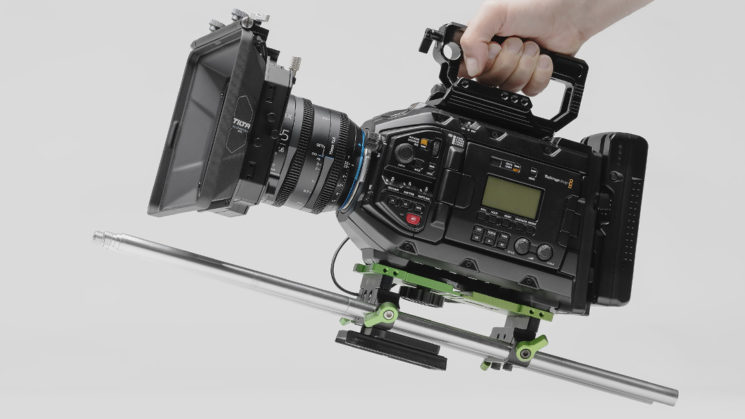 The Irix Cine 15mm T2.6 offers the same 15 optics, 11 groups optical makeup as the Irix 15mm f/2.4, which has become quite popular with landscape and astrophotography shooters. Both lenses can work well at high resolutions, with the Cine lens being optimised for up to 8K. Interestingly, though, despite the impending Canon EOS R5, which will be capable of shooting 8K RAW video, there’s no mention of an RF mount version. Of course, you will still be able to use it on the EOS R5 with the EF to RF adapter.

Irix says that the Cine 15mm T2.6 lens offers a low level of focus breathing, which is believable, as with a lens this wide, you don’t have much of a range of focus anyway. Once you’ve gone more than a few feet from the front of the lens, the entire world is in focus. 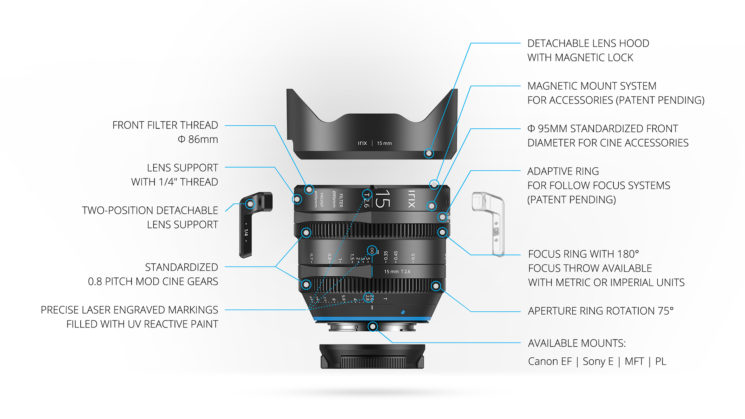 The Irix Cine 15mm T2.6 essentially completes the Irix set, for now. All of the current focal lengths Irix covers are now available in both photography and video flavours. There are plenty of rather obvious big gaping holes in the lineup, though, so, I’m curious to see where they’ll go next and for which type of user.

The Irix Cine 15mm T2.6 is available to pre-order now for $1,195 in Canon EF, Sony E, Arri PL and Micro Four Thirds mounts and is expected to start shipping soon.

What focal length lens would you want to see Irix work on next?