I was hired for this project in November of 2018 by Dovetail to capture the St. Louis Gateway Arch with a drone. We started the paperwork in January of 2019. It began with getting approval from the Gateway Arch National Park. This wasn’t too difficult since they were the ones needing the photos and video, but they wouldn’t give the final paperwork until we got airspace approval from the FAA.

On to the FAA, we got delayed almost 4 months because of flooding on the Mississippi River. This worked out to our favor because at first they only approved us up to 400ft. The first date in May got canceled so we had time to go for higher altitude. I submitted an authorization request to fly over the park, up to 800ft and at night. Keep in mind, it’s all zero altitude in this area because of the sightseeing helicopter on the riverfront, proximity to the airport, and the Arch is on the Department of Homeland Security anti-terrorism list for national monuments. I spoke with the FAA representative many times explaining our project and everything we needed. He then had to go to the downtown Airport manager to get his approval. Air traffic control supercedes the FAA in decision making so the FAA agent still needs the blessing from the tower manager. After much back and forth over the course of a few weeks, it was finally approved.

The FAA approval was sent to the National Park Service to get their official green light document so we can fly over the park. But not launch from within the park. These two approvals were then sent to the Department of Interiors to get approval to launch from inside the park. They got the paperwork 3 days before we were scheduled to film. I’m not sure when they approved it, but I ended up not even launching from within the park. I flew from the Riverboat dock on the waterfront. This gave me the best view of the drone over the whole park. 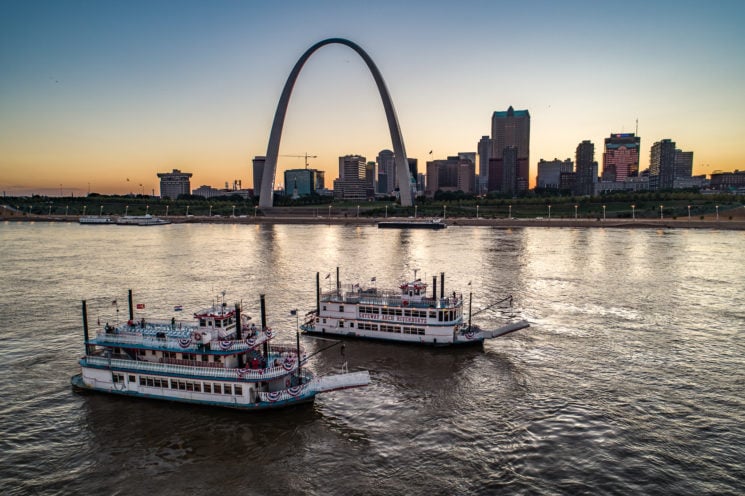 The morning of the shoot, we were delayed 2 hours because of a crazy thunderstorm. Once it finally cleared out, the Riverboats headed out into the water to get some shots over the water with the city in the background. There was another photographer shooting from a towboat that was also in the river. Here was having all kinds of trouble getting the Riverboats lined up because of the river current and barges coming through. Fortunately, I was able to zip around and get all different angles in a matter of minutes.

We broke for the middle of the day and reconvened at night to get sunset shots and night photos when the city lights were on. They even coordinated with Busch Stadium to have the lights turned on for our photos.

It was 8 months of tedious paperwork but I would do it again in a heartbeat. 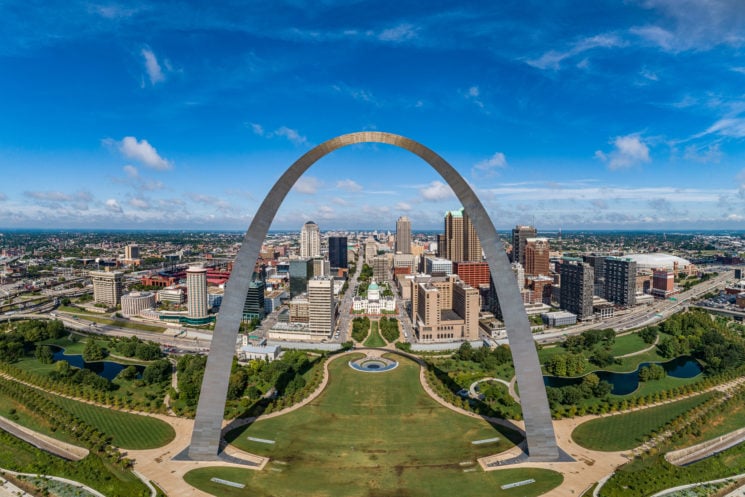 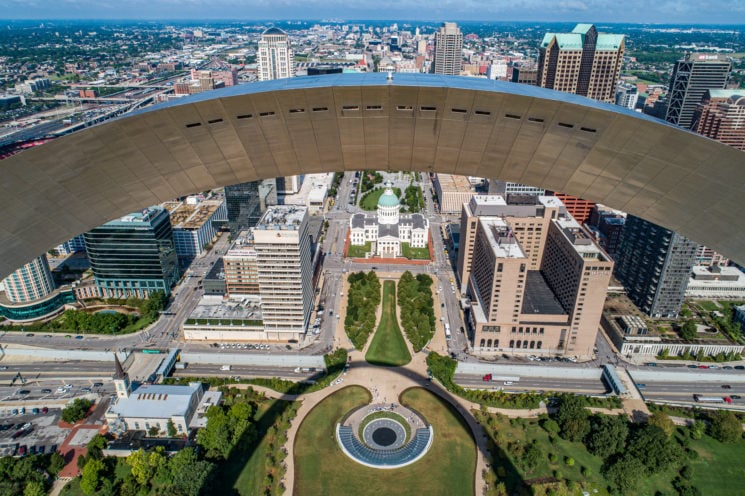 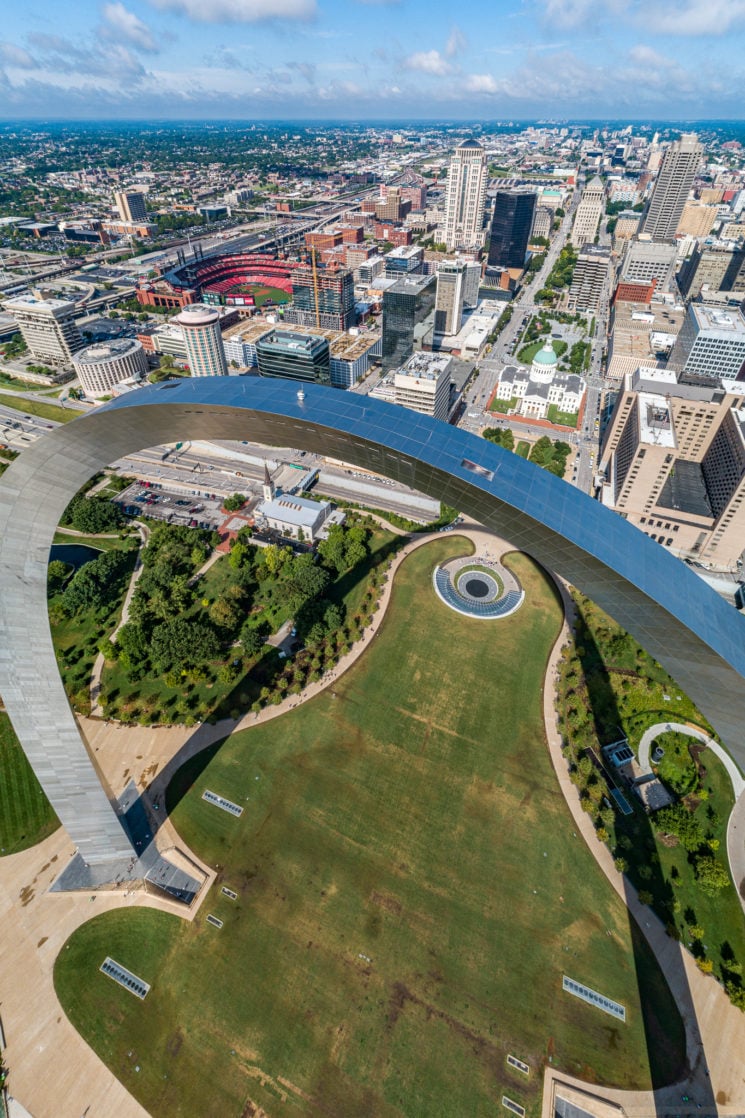 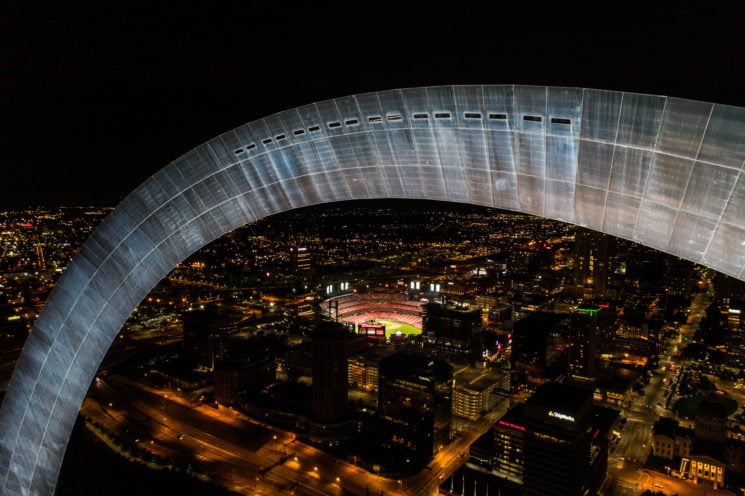 Justin Barr is a commercial drone photographer and videographer based in St. Louis, MO. You can see more of his work on his website, and make sure to give him a follow on Instagram. This article was also published here and shared with permission.

Planning to travel with a drone? These are the drone regulations around the world