This has been a long time coming, and much anticipated. Godox have now finally announced their X1 transmitter & receiver for Fuji cameras. Fuji medium format shooters might be a little disappointed, though. Unfortunately the Fuji GFX 50s does not appear to be in the list of compatible cameras. Of course, it could just be that they haven’t tested it yet.

Also announced are the Godox triggers for the Olympus & Panasonic Micro Four Thirds systems. Both Fuji and MFT systems receive High Speed Sync and TTL support, thanks to the new triggers. Although support for specific features does vary from camera model to camera model. So, be sure to check the list before you buy.

The X1T-F transmitter is compatible with a range of cameras, but not all of them. Hopefully, more will be added in the future. As noted on the Godox website, there’s no rear curtain sync with the X100T, or any of the cameras in the “B” group. Whether or not these features can be added in the future through firmware, or the camera is simply incapable, I do not know. 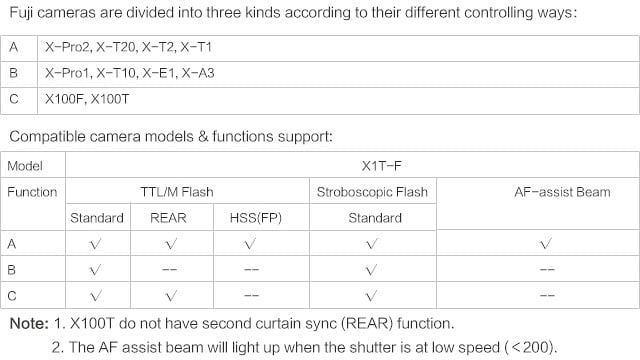 The triggers themselves, though are as capable as their Nikon, Canon & Sony counterparts. They offer full TTL, high speed sync, with 1/3rd stop adjustments for flashes in up to five groups. 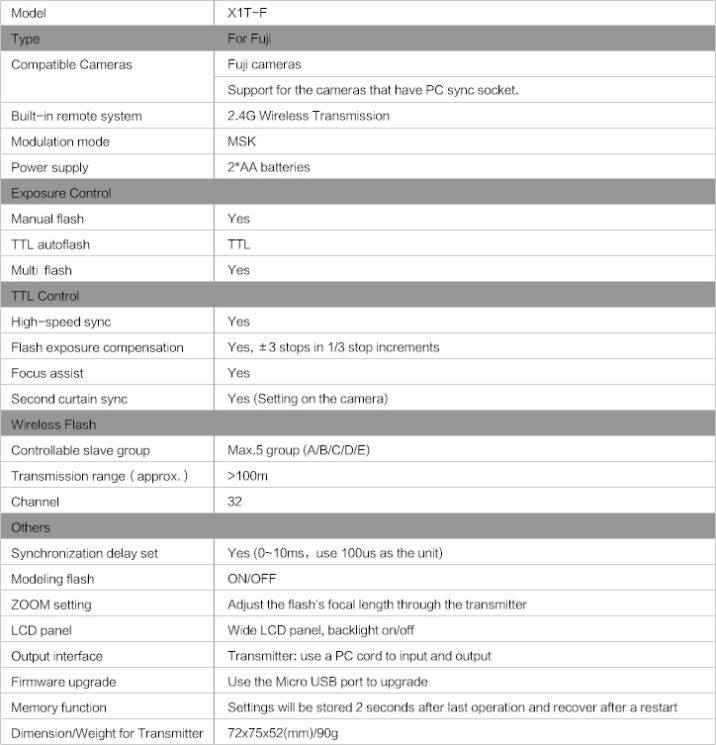 The X1T-O is the Olympus & Pansonic version of the trigger. It, too, adds TTL and high speed sync support. Like with Fuji, there are models that appear to be missing from the Godox compatibility list. Notably, the recently released Lumix GH5.

Given that the GH4 is on the list, I can’t imagine the GH5 isn’t compatible, unless they’ve changed its flash system drastically. This also lends some credibility to the idea that the GFX 50s isn’t included on the Fuji trigger list simply because it hasn’t been tested. It doesn’t necessarily mean it doesn’t work.

The specs, as one might expect, are essentially identical to the X1T-F, except with different camera compatibility. 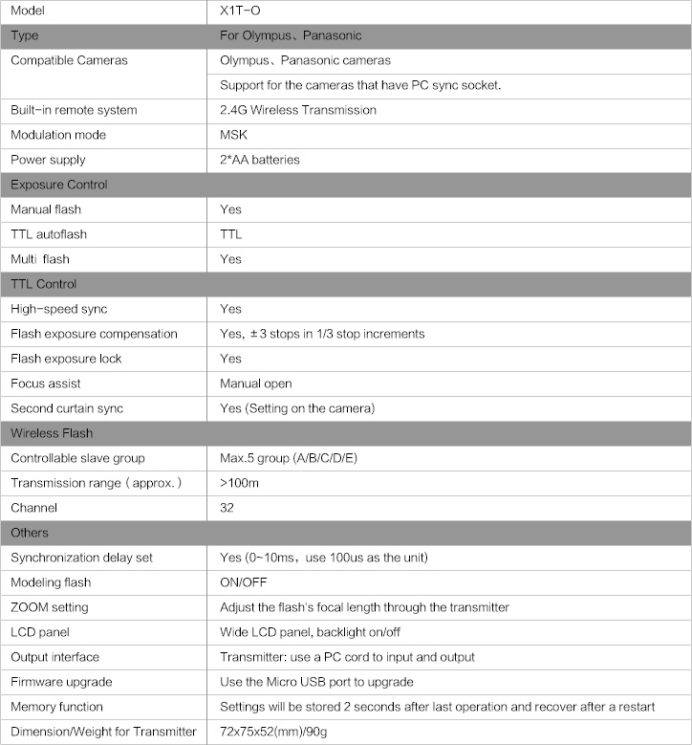 I do hope that the omission GFX 50s and GH5 compatibility is simply down to a lack of testing. If it isn’t actually compatible with these cameras, that could severely hinder their adoption by Fuji & Panasonic shooters.

The whole family of Godox X1T triggers are available to buy now, each priced around $46. Firmware for your existing Godox lights and receivers can be found here.

Pentax users may still be a little upset that they’re not invited to the party yet. Whispers of a Pentax version of the trigger have been floating around, though. So, it may be coming soon.