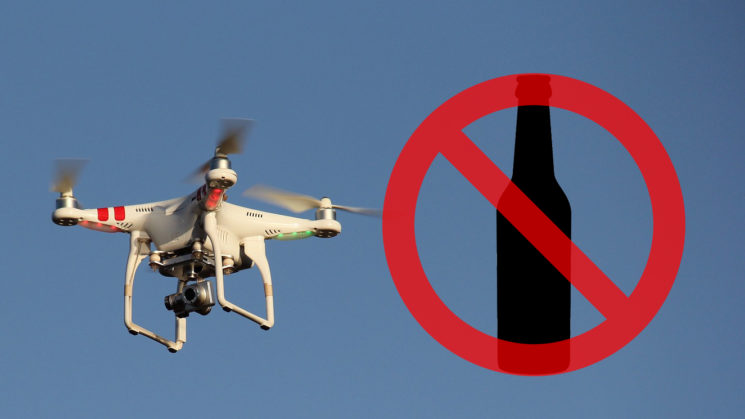 In most countries, it’s illegal to drink and drive. But in Japan, it has now been proclaimed illegal to fly a drone while drunk. A new law has banned drunk droning, and the offenders could end up in prison for up to one year.

The new law came into force this week, and it targets all drones weighing more than 200g. In other words, it’s pretty much every popular drone in the market, as Digital Trends notes. According to BBC, those who fly a drone while intoxicated could face a fine of up to 300,000 yen (nearly $2,800) or go to jail for up to one year.

Commenting on the new law, a Japanese transport ministry official told the AFP news agency: “We believe operating drones after consuming alcohol is as serious as [drunk] driving.” Similar legislation was approved in New Jersey in 2018. Flying a drone under the influence of alcohol or drugs could land you in jail for up to six months. Alternatively, you could pay a $1,000 fine.

Other than drunk flying, the drone pilots will also be fined for performing dangerous stunts. Those who get caught quickly plunging a drone towards crowds could pay a fine of up to 500,000 yen (around $4,600), BBC reports. And this is regardless of whether they’re drunk or not.

The new law also poses a few new restrictions to where pilots can fly their drones. From now on, you can’t fly a drone within 300m (985ft) of Japan’s armed forces, US military personnel and “defense-related facilities.” It will only be allowed if you are granted permission. According to BBC’s report, the new law could also ban drones from all sports events of the upcoming 2020 Tokyo Olympics.

We could argue whether or not drunk droning is equally dangerous as drunk driving. I’d say it’s not the same, but it’s still dangerous. The fact remains that our skills, coordination, and judgment are not at its best after consuming alcohol. Consequently, we can crash a drone and seriously hurt someone, including ourselves. Therefore, I believe that drinking and droning should be fined just like drinking and driving is. What do you think?

« A countdown timer showed up on the Hasselblad website – Is the X1D Mark II (X2D?) on the way?
The HyperCube gives iPhone and iPad users access external HDs and SSDs »